Will Turkey decide to wage war on three fronts? 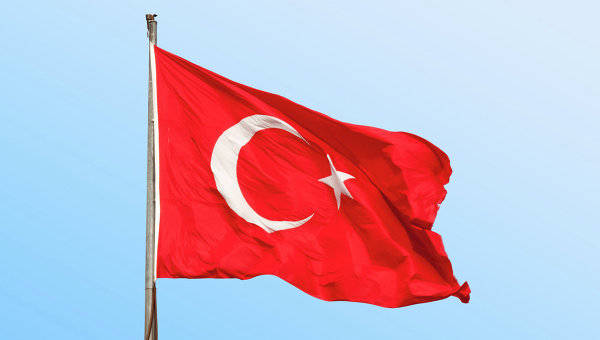 Since the summer of 2014, the sharply armed Islamic State Islamic Group (IG), which seized control of part of the territories of Syria and Iraq and announced the creation of a caliphate, has dramatically changed the situation in the Middle East.

Determining what interests the United States pursues in Iraq and Syria after the IS group suddenly burst into the regional military-political scene is not so simple. In Iraq, the Americans are trying to take advantage of the chaos that arose as a result of the summer offensive of the Islamic State to strengthen their positions in this country with the richest oil reserves. Previous weeks showed that strokes aviation The United States and its allies in IS fighters are not enough to destroy this group. If a decision is made on the deployment of US troops in Iraq, military bases will be needed to ensure the presence of troops on a long-term basis. As reported, the Americans are already creating a military base in Iraqi Kurdistan (Harir military airfield).

The "Islamic State" is gradually bringing the front of military operations to the borders of Iran. The expansion of the zone of military conflict leads to aggravation of the Shiite-Sunni and Iranian-Arab confrontations. Neither Shiites, nor Sunnis, nor Arabs, nor Iranians need this. And who needs then?

The difficult situation is in Syria. In Ankara, as in Washington, they did not abandon the goal of overthrowing the government of Bashar Assad. There are indications that the rapid strengthening of the “Islamic State” did not occur without the help of Turkey, in any case, the territory of this country was freely used to replenish the IG’s ranks by foreign fighters. Now Washington is insistently inviting Turkey to participate in the fighting on the territory of Syria against the Islamists who are at war with the Syrian government. Meanwhile, in the south-east of Turkey, Kurdish rebel groups have intensified: Turkish Kurds do not intend to calmly watch the IS exterminate their brothers in northern Syria.

The United States is increasing pressure on Turkey, including for a more active involvement of this country in its anti-Russian agenda. In the West, they understand that the overthrow of Bashar al-Assad is difficult, as long as Damascus has the support of Iran along with its allied Shiite groups, and Russia can block anti-Syrian resolutions in the UN Security Council. This is another reason why Western pressure on Russia and Iran is not decreasing.

If we talk about the situation in the north of Syria, then Turkey, without abandoning the plans to overthrow Bashar Assad, is trying to solve two more tasks - to prevent outrage of “its” Kurds and not get bogged down in the war with the “Islamic state”. Therefore, for example, the Turkish side, in order to defuse the situation a bit, did not hinder the transition of the Peshmerga column from Iraqi Kurdistan to Kobani through Turkey. However, the Syrian Kurdish self-defense forces do not need help in manpower (there is enough of it), they need heavy weapons, which the United States and Turkey have denied them.

On November 14, the Hurriyet newspaper reported that Ankara’s negotiations between the Turkish and US military on training militants of the opposition Free Syrian Army (SSA), which are supposed to be used to fight both the Syrian government army and the Islamic State, came to an end. Two thousand militants in the gendarmerie training center in Kırshehir province in central Turkey have already been trained.

Meanwhile, Bashar Assad granted de facto autonomy to the Syrian Kurds in the areas of the north of the country inhabited by them. An alliance of Syrian Kurds and official Damascus has developed. Ankara, for its part, considers the military structures of the Syrian Kurds branches of the Kurdistan Workers Party (PKK), which is banned in Turkey. Now on the borders of Turkey - in Northern Iraq and in Northern Syria - there are de facto autonomous Kurdish entities, and this can not but inspire the PKK to continue the struggle with the Turkish authorities.

If the entire strange war of the United States with the “Islamic State” is only a cover for the old task of the Obama administration to overthrow the government of Bashar al-Assad in Syria by proxy, then Turkey does not risk solidarity with the Middle East plans of its NATO ally three fronts - against the Syrian government army, against the armed units of the Kurdistan Workers' Party and against the terrorists of the “Islamic State”, which plans to extend the “caliphate” to the Turkish territory?