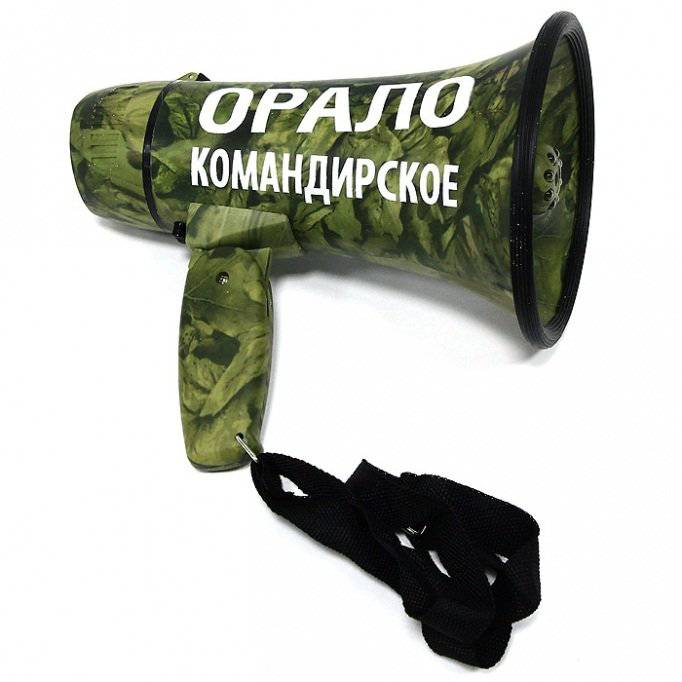 Over the past few days, Ukrainian politicians of considerable caliber reported on Russia's alleged invasion of Ukraine. Initially, this was stated by the permanent representative of Ukraine to the UN, and even gathered a special meeting of the Security Council on this matter. Then, Poroshenko informed about the same weight and weight. Today Avakov continued this topic.

The enhanced pedaling of the topic is associated with a possible upcoming offensive of the Ukrainian Armed Forces, which the Ukrainian leadership is trying to cover up with talk of a “Russian invasion.” Transferring from a sick head to a healthy one is quite a familiar method, so anything is entirely possible.

Another question that Kiev may be seriously concerned about the real breakdown of the situation, which is almost in the balance. The unprecedented pressure on Russia from the West may not end at all as calculated - in the end, all previous peace-loving gestures from Moscow and the readiness to make deals even with the loss of a person were very contemptuously ignored. Kiev almost completely refused to fulfill the Minsk agreements and defiantly acts contrary to it.

In the end, all this can “disrupt the thread”, and the position of those who insist on a tough solution to the problem will prevail in the Russian leadership. First of all, of course, we are talking about a corridor to the Crimea, which was already almost broken through during the August offensive. The corridor will completely change the whole strategic situation and will put Kiev in front of the fact of disaster.

A possible answer from the West will be little different from what it is doing now. The position of "two deaths do not happen" in the current situation becomes very, very possible. Most likely, this consideration and forcing Kiev to panic - the West has clearly conveyed the situation so as not to fear a possible change in Russia's policy or at least its tactics.

In addition, at all costs, the militia went through the equator of its transformation. The uncontrolled commanders were removed, the most disloyal to the current leadership of the troops dispersed and poured into more controlled units. The situation with the Brain "Ghost" seems to be the last in a series of similar ones - if we succeed in disbanding this squadron and scattering it in others, the formation of a unified army under a single command will be completed.

This process can be treated differently, and most likely, the original ideas of Novorossia without oligarchs and thieves already have nothing in common, but strictly rationally this approach is quite logical - if Russia takes control of the newborn Donetsk nomenclature, then it’s ridiculous that she will be allowed to build something other than the same oligarchic capitalism as in Russia.

In any case, the Makhnovshchina is gradually giving way to loyalty, and now the new leadership will carry out exactly what is prescribed, and exactly in the framework in which it is allowed. There will be no unexpected decisions like the seizure of Slavyansk or vice versa - there will be no way out of it.

Understanding this, Kiev begins to worry - now contractual matches, as practiced at the beginning of the war, are no longer possible. We will not have to communicate with the commanders who have been lured by local oligarchs, but with those controlled by Moscow. But what Moscow decides depends not on Kiev. Here he is deprived of freedom of maneuver and is forced only to fulfill the will of the embassies.

In this case, the panic of the first persons has a slightly different shade - they can really fear that Moscow, having become convinced of the futility of the policy of appeasement, can take over the game. And here nobody will help Kiev - no one will introduce NATO, unless they express sympathy. New sanctions against Russia will certainly be introduced, but this will not make Kiev any easier.

In general, for now, one can only say that nervousness in Kiev has every reason. True, no one can say how justified the hysterical reaction of his first persons. About this now we can only guess.