American economist: Hillary "play out" before the war with Russia

November 17, 2014
194
American economist Paul Craig Roberts wrote in one of his articles that the victory of Hillary Clinton in the upcoming US presidential election would mean a war with Russia. Her comparison of Vladimir Putin with Hitler and the presence among advisers of such "non-conservative Nazis" as Max But and Robert Kagan say that the conflict between the countries "will be inevitable and, most likely, nuclear". This is reported by the TV channel RT. 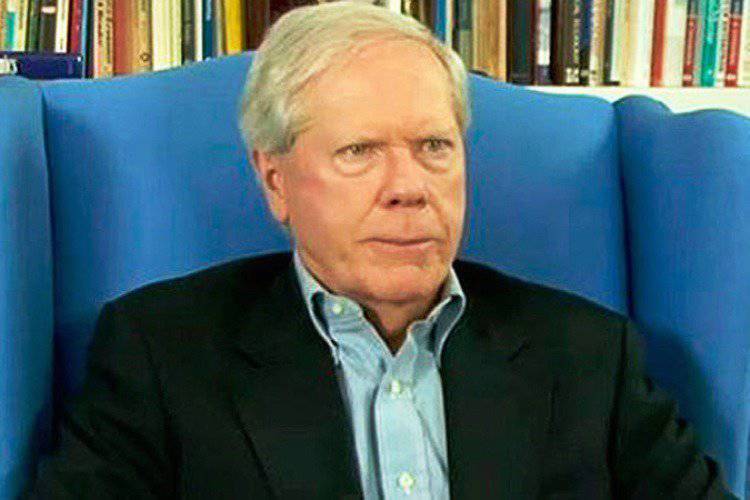 According to Roberts, in order to understand what fate awaits the United States under Hillary, you need to remember her husband, Bill Clinton. His presidency has changed America far more than many people think. “After all, it was he who weakened control over the economic system, laid the foundation for Washington’s ongoing policy of“ regime change ”with the help of illegal military attacks of Yugoslavia and Iraq, while it also unreasonably used force against the American civilian population,” the expert writes. "These (...) changes gradually reduced the United States to a militarized police state with a huge chasm separating the rich and the poor," he emphasizes.

“Washington’s International Lawlessness, which Moscow and Beijing increasingly complain about, originates from Clinton’s presidency. Lie about weapons of the mass destruction allegedly possessed by Saddam Hussein, gave the White House the opportunity to bomb Iraq illegally, which, coupled with the embargo imposed on Baghdad, led to the deaths of 500 thousand Iraqi children, whose death, Secretary of State Clinton, Madeleine Albright, called justified, ”recalls Roberts.

According to international law, the attack on the Serbs was a war crime. “Nevertheless,” the economist notes, “the Yugoslav president appeared in front of the Hague Tribunal, trying to protect his people. Thus, Clinton set a precedent for Bush and Obama, who in 14 years committed crimes against humanity in 7 countries. Millions were killed, crippled, or deprived of shelter, and everything is considered acceptable. ”

The US government has previously acted "insidiously", but global crimes began under Clinton. “It’s not just the governments of Grenada and Honduras that are shifting,” Roberts writes. - The current goals of the White House are Russia and China. The former Soviet states - Georgia and Ukraine - became vassals of the United States. American-sponsored NGOs organized "student protests" in Hong Kong in the hope that the protest movement would spread to the rest of the PRC. The recklessness of such interference in the affairs of the nuclear powers is unprecedented. ”

His wife, Hillary, will also incite war. Increasing anti-Russian rhetoric emanating from the United States and its “pitiful European puppets” is leading the world to extinction. “Since the US government now applies the practice of preventive arrest and detention of those who may commit a crime once, it is necessary to arrest the full number of neoconservatives calling for war and detain them indefinitely until they have destroyed humanity,” the expert believes.

In the United States, many books have been published that talk about the crimes of the Clinton era, "including the Oklahoma City bombing, CIA involvement in drug trafficking, and many others." “However,” the author notes, “Congress and the media helped Washington hush up these scandals, paying attention to the relatively insignificant case of acquiring a land plot in Arkansas and the president’s sexual relationship with the White House intern at Monica Lewinsky.”

"Clinton and his corrupt regime lied about many important topics, but only a lie about relations with Lewinsky almost cost him the presidency," writes the economist. Ignoring the many reasons for impeachment by Congress and the media were ultimately the cause of reinforcement to no one under the authority of the executive. “The lack of responsibility led us to the tyranny at home and the war abroad, and these two evils concern us all,” concludes Roberts.
Ctrl Enter
Noticed oshЫbku Highlight text and press. Ctrl + Enter
Military Reviewin Yandex News
Military Reviewin Yandex Zen
194 comments
Ad