On the relation of radical Islamism to globalization 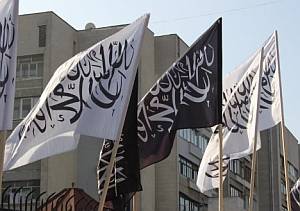 It is known that Islamism in the political sense during the “Arab Spring” became the choice of some Arab peoples, for example, in Tunisia, for some time in Egypt. At the same time, it cannot be denied that the Islamization of the life of Muslim societies of our time is initially - this movement is in spite of the West: the peoples of poor Muslim countries understand that they will never enter the number of prosperous states. Islamic radicalization as an extreme form of Islamism is an attack against the “golden billion,” which is the result of globalization. Calls for religious self-awareness, exacerbation of the religious feelings of Muslims is a manifestation of the complex economic insolvency of the population of poor and underdeveloped Muslim countries.

This is confirmed by the fact that in Muslim countries with a low standard of living their “street” is hostile to the United States as the leader of the “Western world”, even if the leadership of a particular state proclaimed a policy of partnership with the United States (Afghanistan, Yemen, Pakistan).