A billion people live on our planet 7,2, but the US is afraid of only Putin 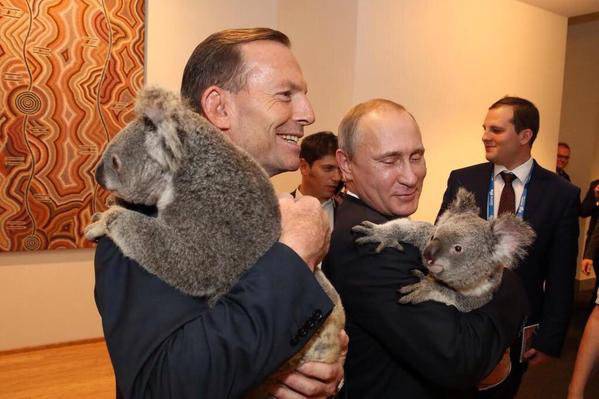 There are 7,2 billion people living on our planet, but the United States is only afraid of one thing - Vladimir Putin. This happens because on almost every front of the new Cold War, the Russian president poses a great danger to the West. Fear sometimes forces people to do strange things. Forbes magazine for the second year in a row calls Putin the most influential person on the planet.

It is said that the Russians long harnessed, but quickly go. After a slow and long process of restoring the Russian economy from the ruins, Putin is ready for a “fast ride”. In Syria, the Crimea, in Ukraine, the West had to retire and swallow the bitter pill of humiliation. In the field of energy, for example, it is Russian, not Western, pipelines will occupy a dominant position in the Eurasian space.

He knows their DNA.

Thanks to his killer past, the Russian president understands better than any other leader how the policy of the United States functions. Their “modus operandi” (synchronized with the British) is the organization of coups, riots and local revolutions in countries where the leaders are uncomfortable for the Americans. Chile, Iran, Ecuador, Venezuela, Panama and Ukraine can serve as classic examples.

John Perkins, in his book Confessions of an Economic Killer, described in detail how he and other “economic killers” were sent to developing countries, officially as consultants, but with the real goal of bribing diplomats, managers and politicians to fulfill the will of the United States Quite often, they succeeded, but in case of failure, the CIA sent their “jackals” to the country - professionally trained killers who organized the death of those who stood in the way of American domination.

These one - two-way combinations, turned by economic killers, were so effective in the banana republics that the United States rarely had to resort to other means. Among the rare cases when Americans had to use military force to achieve their business goals, were Iraq and (to a lesser extent) Libya.

Putin knows that the United States tried to do something similar in Russia. As a former KGB general who served in East Germany, he easily distinguishes the style of "economic killers."

"In order to understand why he turned out to be such a strong player, it is necessary to know that he, in particular, is very familiar with counterintelligence methods", writes Joaquin Flores. “Counterintelligence is not only exposing spies, but, more importantly, hindering the work of other agents deployed to destroy state institutions from the inside.”

In parallel with the American covert operations, an open war is developing. It has now become clear that the economy of the United States (like their sidekick of Britain) is the economy of war. The adviser to the Russian president, Sergei Glazyev, said during a round table in Moscow: “The Americans benefited from every war in Europe - from the First, Second World Wars and the Cold War. The wars that took place in Europe are at the heart of their economic miracle and their prosperity. ”

Obviously, the war in Ukraine is only an excuse to draw Russia into direct military conflict with the Ukrainian armed forces and organize a new regional war in Europe.

On the one hand, by refusing to be directly involved in a military conflict, Putin thwarted the cunning plans of the Americans. One Chinese general called America's helplessness in Ukraine a strategic "erectile dysfunction."

Putin, on the other hand, uses asymmetrical strategies to stop, and ultimately defeat, the American Empire. And in the first place, he intends to strike at the very heart of American power — the American dollar. With the help of the BRICS countries, Russia is now moving away from the use of the dollar in international trade - a step that could hit the American economy very painfully.

According to analysts of the financial portal Zero Hedge, “the countermeasures proposed by Glazyev aimed primarily at a key element of the American military machine, that is, at the Fed's printing press. Putin’s advisor proposes creating a “broad anti-dollar alliance” of countries that are willing and able to drop the dollar in international trade. Alliance members will also refrain from storing their foreign exchange reserves in financial instruments denominated in dollars. The anti-dollar coalition will be the first step towards creating an anti-war coalition that can stop American aggression. ”

“It’s not surprising that, according to Glazyev, the European business community should play the main role in creating such a political coalition, since America’s desire to stir up a war in Europe and a cold war against Russia runs counter to the interests of big European business.”

“Judging by what efforts have recently been made by business leaders in Germany, France, Italy and Australia, in order to lift the sanctions imposed against Russia, Putin’s adviser is right in his assessments. For Washington, this war in Ukraine can suddenly grow into a European war of independence from the United States and a war against the dollar. ”

Russia is also promoting some institutional changes. The new BRICS Development Bank with a registered capital of 100 billions of dollars will not only limit the influence of Western credit institutions, but also stop the flow of currency from developing countries to the West.

In the modern world credit system there is a bias in favor of Western countries. When the World Bank or the IMF offer a loan, a huge set of conditions is attached to it. For example, money can be used to buy only Western goods or services. Or, with the money allocated, you can build dams, but they cannot be spent on improving the drinking water supply system.

And of course, technologies and materials for the construction of dams should also be purchased in the West. And since the provision of drinking water remains low, there is a need to organize the supply of bottled water from the West. Thus, the new bank will hit the most sore point of the West - in his pocket.

While Putin repeatedly makes the right moves on a geopolitical chessboard, his opponents also do not sit with folded arms, watching the decline of their empire. Currently, the ruble is falling against the US dollar, while Saudi Arabia deliberately lowers the price of oil, and, most likely, at the behest of its American overlords. Americans will continue to try to overthrow Russia by any means, since this is the only country that stands in the way of the United States to world domination.

However, Putin is a judoka who knows how to use the power of his opponent against him. The reinforcements come from the East, mainly from China, but also from India. The defeat of the forces headed by America is just a matter of time.