The children in the universe 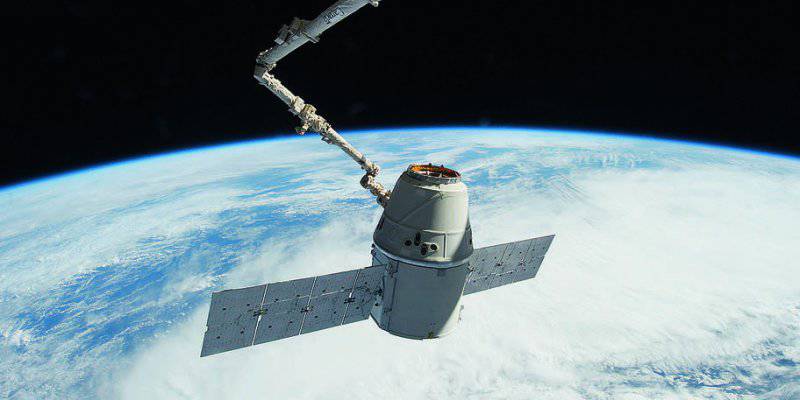 A series of successful space launches carried out by commercial companies were interrupted by two catastrophes that occurred in late October. We tried to figure out what private astronautics is today and what are its prospects.

On October 29, a few seconds after launch from the launch site on Wallace Island, the Antares launch vehicle exploded, launching a Cygnus (Swan) truck loaded with the International Space Station. Both the rocket and the truck were developed by the private American company Orbital Sciences Corporation.

October 31 occurred another disaster, casting a very dark shadow on private companies specializing in space exploration. During a test flight over the Mojave Desert in southern California, a suborbital spacecraft SpaceShipTwo crashed with two pilots aboard. One was seriously injured, managed to eject, and the second, 39-year-old Michael Alsbury, died and was the first victim of commercial space exploration.

This ship, which has already become a legend, was invented by an eccentric billionaire Richard Branson, the founder of Virgin Megacorporation and its Virgin Galactic division, created to carry tourists into space. SpaceShipTwo, designed to conduct suborbital flights at an altitude of about 100 km, in the region of the notional boundary of outer space, have been experiencing for five years. Hundreds of tickets were sold for it, and the first flight with tourists was going to take place in 2015. Among the owners of tickets to the border of space cost 250 thousands of dollars such celebrities as Stephen Hawking, Angelina Jolie and Lady Gaga.

Dozens of customers demanded money back - their fear can be understood. Branson returned the money, promised to become the first passenger of the ship, but the sediment remained. Skeptics came to life, believing that space flights are a public matter, businessmen cannot be trusted with such a complex and large-scale task. In the Russian TV news they even showed a couple of plots with a hint of undercurrent gloating, they say, fly with our good old rockets of the Soviet design, and all this private initiative in space is the machinations of the crafty, like shale gas. Some tendentiousness here is quite understandable, the main successes of the Russian space industry are related to the provision of services for the launch of spacecraft into orbit, in this segment we now occupy more than 50% of the world market. But this is today, and what will happen next, who will become the leader in space exploration — powerful but sluggish state machines or brave entrepreneurs?

The first steps of private astronautics
The fact that private space programs intercepted the initiative from the state, started talking seriously last year, when SpaceX first launched a space satellite into orbit.

SpaceX is the brainchild of the most famous Progressor of our time, Ilona Mask, the creator of the Tesla electric car covering the USA with solar batteries and charging stations for electric vehicles. Musk, who loves to declare that life wants to end on Mars, began to make his dream a reality, having grown rich on the creation of the PayPal payment system.

In 2002, he announced the launch of his own commercial space flight program. Musk invested hundreds of millions in the company, but in 2008, he was on the verge of bankruptcy - his Falcon launch vehicle failed three launches in a row. The first wave of skepticism about the futility of private space launches happened just then. The fourth launch in case of failure was to be the last. But the rocket took off, the skeptics were confounded, and Musk obtained funding for NASA and signed a contract for 12 cargo flights to the ISS.

The contract is being successfully implemented, to date, Dragon trucks have visited the ISS three times already. And the Falcons are equally successfully launching satellites into orbit - orders from SpaceX today for 50 satellite launches, because the company's engineers have already managed to significantly reduce the cost of launching a rocket.

Meanwhile, Musk is engaged in the next stage of the space program, which, if successful, will make spaceflight cheaper by an order of magnitude. He is developing a reusable booster capable of landing on the tail of a flame. Today, his Grasshopper ("Grasshopper") already knows how to sit on this very tail from a kilometer altitude. If such reusable launch vehicles fly into space, launching a small satellite will become a matter available to almost anyone.

Space race
It is necessary to clarify what we mean by private astronautics. In the past, commercial companies were engaged in the production of rockets and spacecraft, in the USA NASA’s largest contractors were Lokheed Martin and Boeing, in Europe - Thales Alenia and EADS. So, Lockheed Martin has just completed an Orion reusable craft assembly; this device, designed for manned flights to deep space, will be replaced by shuttles and Russian Soyuz unused from 2011.

A rocket is a complex construct that many manufacturers take part in creating. For example, on the crashed "Antares" there were modified Samara NK-33 engines, and the fuel supply system was manufactured at Dnepropetrovsk Yuzhmash under control of the Yuzhnoye Design Bureau. Just before, private assembly companies handed over the finished product to customers-states, and those already launched spacecraft into orbit. And since the first commercial launch of SpaceX, private traders themselves began to sell services, to carry out space flights.

In the back of SpaceX competitors breathe, a successful example was contagious. Orbital Sciences Corporation, whose transporter crashed on October 27, is unlikely to suffer much from this - the company signed a contract with NASA to launch eight Cygnus cargo vehicles over the course of three years with a total value of 1,9 billion dollars.

In order to make launches themselves, companies need private spaceports. SpaceX is using the US Air Force ground in Florida for rocket launches. But Musk is not going to rent this space center endlessly: one of the priority points in his plan for space exploration is the construction of his own space center, which he intends to declare available only for commercial launches. It is already being built in Texas, not far from the town of Brownsville. And Richard Branson launches ships from America’s own spaceport. Orbital Sciences Corporation has its own launch site, next to NASA’s Wallace space launch site.

Entrepreneurs are trying to develop not only the orbital space. The company Planetary Resources, among which investors Google founder Larry Page and film director James Cameron, is developing ships that will extract minerals on asteroids. Company

Inspiration Mars is going to send a manned spacecraft to Mars in 2018 year, and the Mars One project is aimed at the colonization of Mars in the next decade. This year, they collected 200 thousands of applications from volunteers from around the world who want to move to Mars. As we know, Ilona Mask's long-term goal is the colonization of Mars. He is already developing a transport for first settlers, the Mars Colony Transporter. Work on the ship, which will be able to take on board up to hundreds of people, are expected to complete in 2020's. Its passengers will buy a one-way ticket: the ship will remain on Mars forever and will become the base for the settlement, which will grow to shelter in the future up to 80 thousands of people.

New Hope
Analysts say that commercialization is the main trend in space exploration in recent years. This is not only profitable, but also fashionable, even a magnate like Robert Bigelow, who made a fortune at hotels and casinos in Las Vegas, now plans to build a hotel in near-earth orbit.

Aviation also at first the state was mainly occupied, but gradually it naturally passed into private hands. It seems like the same thing happens with space историяand catastrophes will not affect the flow of private capital to where space profits are possible.

Government programs for space flight are too bureaucratic. "Soyuz" turned out to be ten times cheaper than shuttles, but also technological solutions used in their design have been for decades. During this time, other industries have stepped far forward. Of course, Americans are still flying on our cheap rockets, but in the future, the transition to reusable carriers seems inevitable.

Now there is hope that, thanks to the influx of private capital, the era of the Great Cosmic Discoveries is already very close.