When will Russian infantry fighting vehicles cease to be the "mass grave of infantry"? 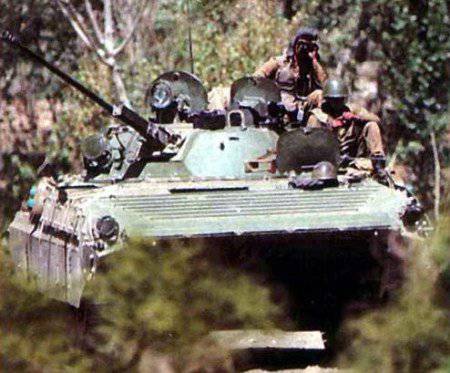 The next combat use of infantry combat vehicles BMP-1 and BMP-2 in Syria and Ukraine demonstrated that in the current state, these BMP do not meet the requirements of the elementary security of the crew. It may be recalled that after a significant loss in light armored vehicles in Afghanistan, the abbreviation BMP began to be deciphered no other than the "mass grave of infantry." After the end of the Afghan war, more than a quarter of a century has passed, and the problem has not been solved. 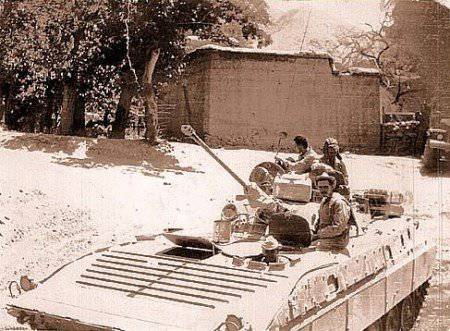 Although at the very beginning of the Afghan war, the repair enterprises of the USSR Ministry of Defense began to redo the "two" in the BMP-2. The car received additional screens on the sides of the hull, bolted at some distance from the main armor, with steel rigging (5 sections on board) covering the chassis, as well as armor mounted under the workplaces of the driver and senior gunner. The rear projection of the tower was also reinforced.

These events increased the characteristics of security, which saved more than one hundred soldiers' lives. True, as a result of all these changes, the weight of the car increased, as a result of which it lost the ability to swim. A similar upgrade was carried out on the BMP-1. 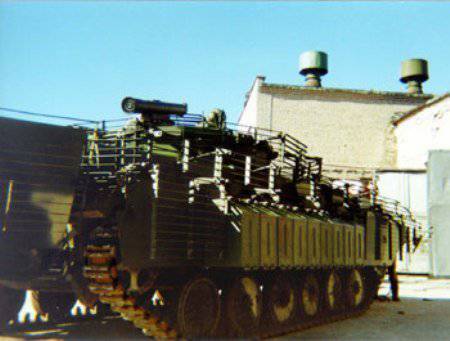 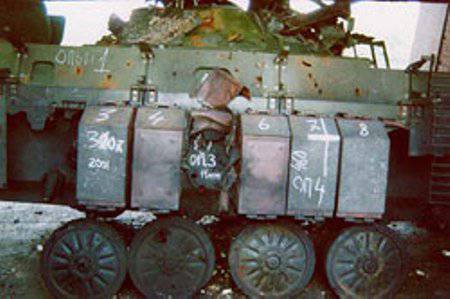 BMP-2 with dynamic protection from "NIIstal"

After the withdrawal of our troops from Afghanistan, the BMP data was returned to the repair plants, where the additional booking was removed from them. Only a certain number of BMP-2D remained in service with the 201 th motorized rifle division in Afghanistan.

Motorized infantry with the Afghan experience began to be nostalgic about the BMP-2D in January 1995, during the fighting in Grozny. But, both the first and the second campaigns in the North Caucasus, our infantry fought on un-upgraded vehicles that burned and exploded in hundreds.

Domestic designers all this time did not sit idle. Many options for upgrading the BMP were thought out. So in NIIStal developed options for dynamic protection for light armored vehicles, which significantly reduced the effect of not only cumulative reactive grant, but also armor-piercing bullets of caliber 12,7 and 14,5-mm. As well as shells 23-mm guns. 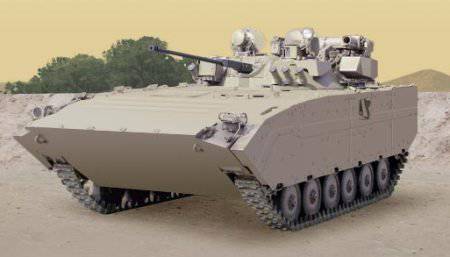 The BMP-2, modernized in Kurgan, attracted a lot of attention at weapon exhibitions,
but did not get into the army

Modernization work was also carried out by Kurganmashzavod. To enhance the protection of technology, they proposed to create additional armor screens that protected the hull from armor-piercing ammunition of the 12,7 caliber mm and reduced the actions of the cumulative jet. In addition, the bottom of the machine could withstand the explosion of a mine with an explosive mass of up to 2,5 kg. At the same time, buoyancy was maintained.

But, unfortunately, these upgraded machines that have passed the tests, exist in single copies, and they never got to the army. In recent years, only an overhaul of BMPs has been carried out with minimal modernization, which did not affect the defense.

Now all hopes are turned to the new Russian BMP Kurganets-25. The novelty of the domestic defense industry should surpass in the characteristics of protection not only the old domestic, but also the newest foreign cars. 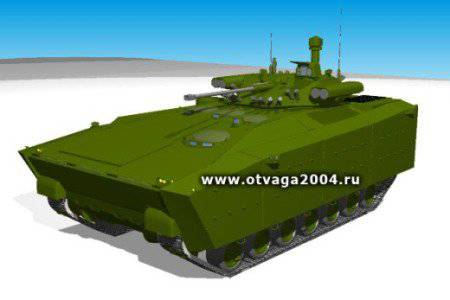 This BMP will receive enhanced armor protection modular design, which can vary depending on the tasks. The crew and the landing will save a special protected capsule. Special attention at the "Kurganze" will be given to mine action characteristics. Apparently, for the first time in the world, a complex of active protection will appear on the Russian BMP, which will neutralize anti-tank missiles and grenades.

However, it is worth remembering that the Kurgans did not immediately fall into all the available motorized rifle units, so the task of finalizing the BMPs in the troops is still relevant. And yet I would like to hope that the BMP will no longer be called "the mass grave of infantry" in the near future.