November 17, 2014
168
According to Rosstat, 203659 people left Russia from January to August. For example, for the same period last year, this figure was about 121 thousand people, and for the whole year - 186 thousand. Another figure for comparison: in the crisis year 1990 more than 450 thousand people left the USSR (only according to official data). And this is despite the fact that the population of the USSR was 293 million, and in modern Russia - 143 million. 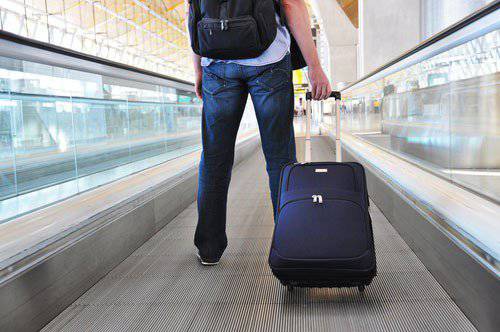 Who are the emigrants? What makes them leave their homeland? The reasons are different. First of all, it is the economy, the standard of living. They go for high salaries and low prices. In the Internet era, it is possible to compare price tags "there" and "here." And the comparison is almost always in favor of "there." In second place is social security. This includes low bureaucracy, a well-functioning police and health care system, ease of doing business, etc. The next reason is cultural and political disagreements with the reality existing in Russia. Someone does not like the current regime, someone like compatriots.

As a rule, all these reasons go in a complex, plus purely individual ones are superimposed. No problem, some will say. People come to us, to Russia, more than they leave. This is so, but one should pay attention not only to quantity, but also to quality. Apart from refugees from the Donbass, those who come to Russia for the most part are low-skilled workers, or even a criminal and extremist element.

Mostly qualified specialists leave with their families. Those who can easily find work abroad: scientists, IT-specialists, qualified managers, professional athletes, etc. The average age of people leaving is from 25 to 40 years, that is, the age of the “motor of the nation”. Much less flow of "blue collar": electricians, car mechanics, etc. This is due to the higher competition and the need to confirm their skills in the new homeland. However, they are going. In some developed countries there is even a lack of truckers.

In addition, for the most part, immigrants are ethnic Russians. Russians easily assimilate, do not create enclaves in new homelands.

The Russian authorities either try not to notice the problem, or react to the “flight” with ill-concealed irritation. What is one statement of Mr. Medvedev, “Good riddance, drive.”

In the meantime, in developed countries there are firms that are fully formed from "our former": from software companies to PMCs. But now they are working on a foreign economy and foreign national interests. Who is guilty that these people could not realize themselves in their homeland? The rhetorical question is the obvious answer.

Here it is necessary to note not only professional, but also personal qualities of leaving for permanent residence. As a rule, these are active, initiative, energetic people. Under normal conditions, they move forward business, science and sport in their country. In our conditions, they prefer to develop the above-mentioned spheres in other countries. To the question why they answer simply: a big profit, plus there is no Russian rudeness, arbitrariness and bureaucracy. Can not argue with that. It is difficult to blame people for not wanting to beat their heads against a wall and chose to walk where there is no wall.

The question is, what did Russia gain from this? And nothing. Only lost. Worse, to our compatriots abroad, we often have a swaggering attitude. At the same time, many countries have learned how to use diasporas of compatriots in other countries. So in the US there is an Armenian lobby, Israeli is all sorts of others. There are specific examples when diasporas influenced the White House policy. Russia has such an influence, but it is not used at all, although many words have been said on this subject.

In the meantime, the outflow of personnel continues. It may happen that in the foreseeable future, the Russian Federation will have to import "brains" or, worse, finished products of their activities. In general, this is happening now, but this trend will only increase if radical changes do not occur. In general, the flight of specialists under the conditions of an actual technological blockade from the West is a challenge that will very soon have to be addressed.