At the Zhukovsky salon for the first time, a promising front-line airline complex showed its aerobatic capabilities to the general public aviation - 5th generation fighter T-50. Quite a lot has been written about this aircraft, created at the Sukhoi Design Bureau, but in flight almost all the participants of the cabin saw it for the first time. 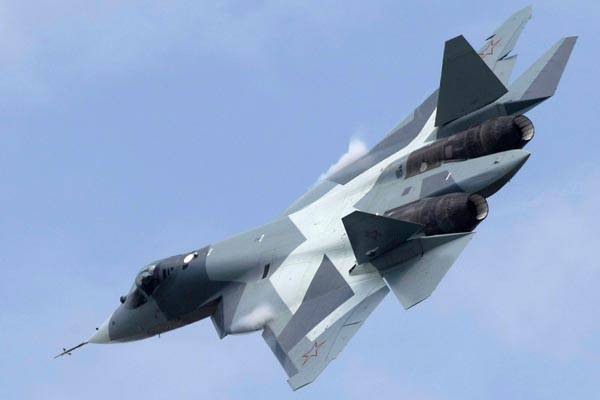 Space Center. Khrunicheva completes work on the creation of environmentally friendly carrier rockets "Angara". This is a new generation of carriers, created on the basis of the rocket module with oxygen-kerosene engines. The family of these rockets represents a wide range of light, 1,5 tonnes carrying capacities, to heavy ones capable of putting spacecraft of 25 tons mass into orbit.

Angara will allow Russia to work in the market of space launches over the entire range of payloads. The main cosmodrome from which new rockets will be launched will be Plesetsk. At Baikonur, it is also planned to create a Russian-Kazakhstan launch complex "Baiterek", from which it will be possible to start up the Angara. By 2013, the launch vehicle of the new generation, as planned, will be fully prepared and will start working. 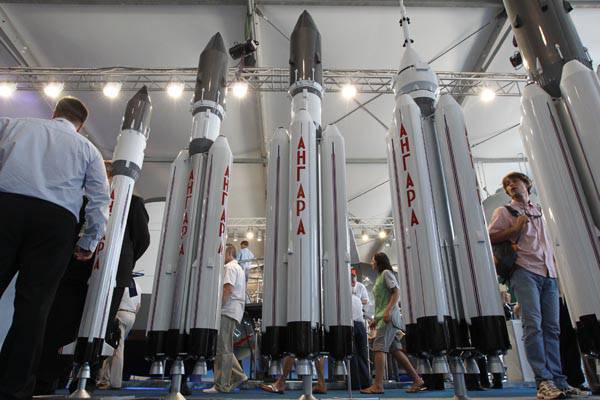 3. "Needle": beats without slip even oblique

An enterprise with the simple name Radio Plant, on its own initiative, developed an automated command and control system for man-portable air defense systems. The military liked the initiative, and the new system will soon begin to flow to the troops. MANPADS assumes that the soldier-operator himself finds an enemy target in the air, directs a pipe with a rocket that has a head homing on thermal radiation, captures the target, and then launches the rocket. In the conditions of transient combat, the operator is affected by a mass of negative factors - the chance to miss is very large. The new system makes it possible to raise the effectiveness of the use of military MANPADS to a qualitatively new level.

A car with a solid-state radar of a new generation scans the sky and can accompany up to 60 targets. They are processed by a high-speed computer, the data is transmitted by the commander to those operators who are in the most convenient position. The operator through the eye display system receives all the data on the target and can not miss in principle. Efficiency of shooting increases many times. 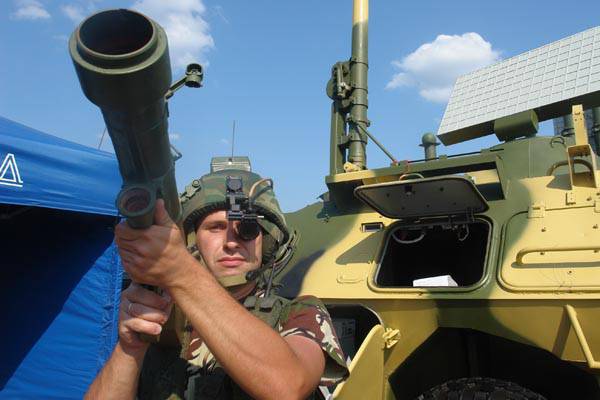 The Tula Instrument Design Bureau for the first time showed a well-known high-precision missile system in a fundamentally new design. On the car "Tiger" mounted two launchers with integrated control systems and automatic tracking of targets. Installations can shoot at two different targets or doublet at one, especially dangerous. For the first time, an anti-tank guided missile equipped with a thermobaric warhead was able to hit air targets. "Cornet-EM" is guaranteed to destroy all types of armored targets, as well as drones, helicopters and attack aircraft. The peculiarity of the new mobile system is that the missiles are hidden in the body of the car, which in appearance is an ordinary jeep. They are put forward and literally in seconds are brought into combat only in the case of a real threat. There is nothing like this in the world. 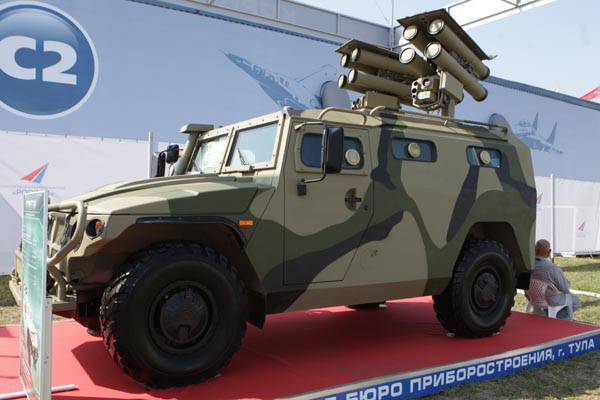 “Transas” showed simulators, which have no equal in the world. Simulators today are developing and releasing all and sundry. However, the company, located in St. Petersburg, was able to establish the production of simulators, where you can really learn how to fly and fight. It has already been proven that, for example, helicopter pilots who have completed a course on simulators of a new type, sitting behind the control of a real machine, are head and shoulders above pilots who have hundreds of hours of flying time. The fact is that the simulator allows you to very reliably imitate all situations in which the rotary-wing machine can be. After such training, the pilot will never get lost in the most critical situation.

But the main thing is different. On Transas, we were able to develop a program that allows to combine all simulators into a single network. That is, pilots who are in the most different regions of Russia can work out the interaction as if they were in the same theater of military operations. The work can include motorized infantry, tank crews, anti-aircraft gunners. In fact, it is quite realistic to conduct grandiose virtual maneuvers of all the Armed Forces on a national scale with minimal financial expenditures, without the risk of human losses and with great efficiency. Even in the United States have not yet matured. However, we have such an integrated approach, it can be said, so far more theoretical. But, according to experts, if interest is shown, from theory to practice is one step. 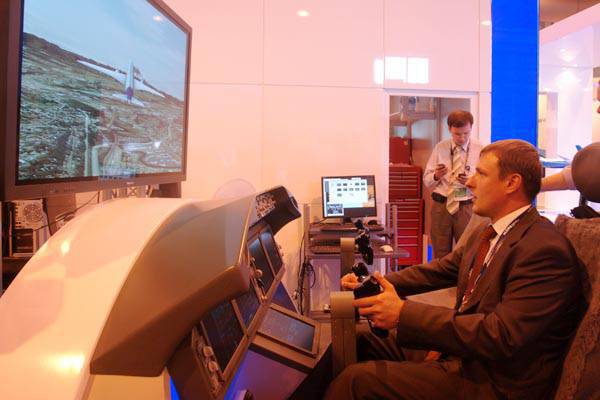 Russian night vision systems are the best in the world. And only the inertia of thinking inhibits their introduction into a wide military and civil practice. Moscow "Geophysics-NV" showed the technology and technology of such a level that today only US industry can do, and even then not always. The development and testing of new-generation night-vision goggles are completed In one of the countries of the Middle East, tests of various night-vision systems for helicopters have been completed. Russian were better than American. Something is said about nanotechnology in the future tense. In "Geophysics-NV" created a platform for their systems based on nanotechnology. This has already allowed the release of so-called free form monitoring systems. Border guards are beginning to use systems that allow you to see a person in thick grass from a distance of almost at 4 km at night. And not only to see, but also to fix the exact coordinates of the observed object. The helicopter pilot, using modern "night" glasses, is able to see deep at night as during the day within a radius of several kilometers. For the first time in the world, electron-optical converters operating in the ultraviolet range have been created. This is a revolution in night vision. 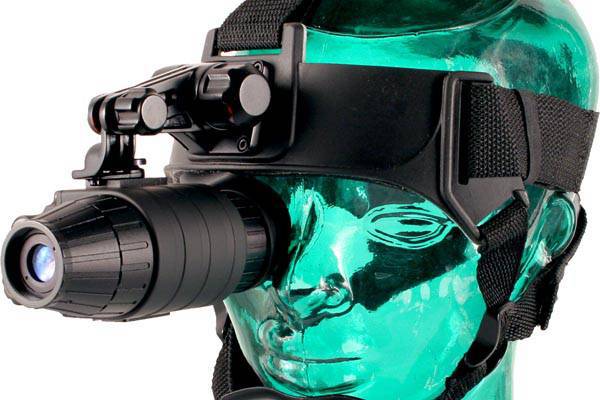 The French again brought their military ammunition FELIN to MAKS. For the first time she was shown on MAX-2009, she really liked the Minister of Defense and made a splash. Then there was even a speech that the entire Russian army would be dressed in everything French. Probably, they would have changed their clothes, but foreign clothing is painfully expensive. And in fact no one then knew that in our Central Research Institute "Tochmash" their own ammunition was already created, not inferior in quality to the French one. In comparison with her, the field uniform of fashion couturier, in which our army is now dressed, is simply primitive.

A soldier dressed in Tochmash products will have a modern and reliably protected communications, navigation system, target designation and much more. It houses the communicator, which determines its coordinates using the GLONASS and GPS systems, which allows to solve orientation problems, target designation and other applied calculations. The defeat system includes a modification of a Kalashnikov assault rifle with a grenade launcher, a night vision sight and a thermal aiming system, which have no analogues in the world either, as well as a video module that allows firing from behind cover or from a corner.

Data transmission is carried out wirelessly. The French, by the way, the transfer of data from the sight of the machine into the eye indicator is carried out by wire. The level of our defense will allow not to be afraid even of a sniper shot of an armor-piercing bullet. At the same time, powerful ammunition weighing in 25 kg, if necessary, is reset in a second with one hand movement.

This is purely Russian know-how. Developed its designer nugget Denis Salahov. Perhaps the Russian military ammunition for ground soldiers will be the main sensation of the cabin. This is really what the Armed Forces urgently need, and what no one expected to see in reality. 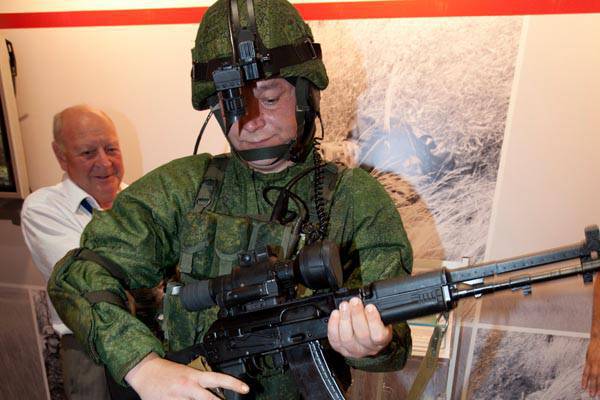 At the last air show, two years ago, the MC-21 was spoken of as a project of a not very near future. And here on the MAKS-2011 there is already a full-size model of its cabin and part of the fuselage. The plane embodies the best achievements of both Russian and world scientific thought. In terms of safety, performance and comfort, the aircraft will be one of the best in the world. Not surprisingly, contracts for the sale of dozens of MC-21 to various airlines in Russia and abroad have already been signed. 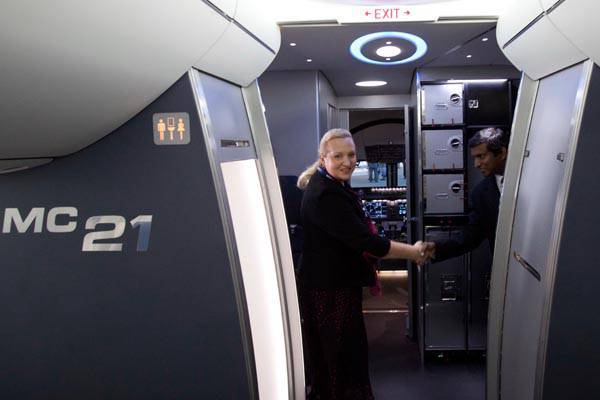 We are in Yandex Zen
"Angara" did not fly: the launch was postponed indefinitely
Another satellite crashed without reaching the specified orbit
10 comments
Information
Dear reader, to leave comments on the publication, you must to register.