The composition of the "inactive fleet" USA

November 14, 2014
14
The US military is known for its love of reporting. So, about once a month, the naval forces release the NAVSEA Inactive Ship Inventory document, which lists ships and naval vessels withdrawn from service. In addition, the distribution of ships and vessels in different categories depending on their condition and future is given, and a general summary table is also compiled. The latest similar document was published on November 3.

Currently, all US Navy Inactive Ships are divided into several categories. This is retention assets (reserve fleet), foreign military sales (ships preparing for sale to foreign countries), scrap ships (ships preparing for disposal), donations (money is being collected for various purposes) and title transferred to MARAD (transferred to the Maritime Administration). In addition, the pivot table contains other rows that have remained empty for the last time. 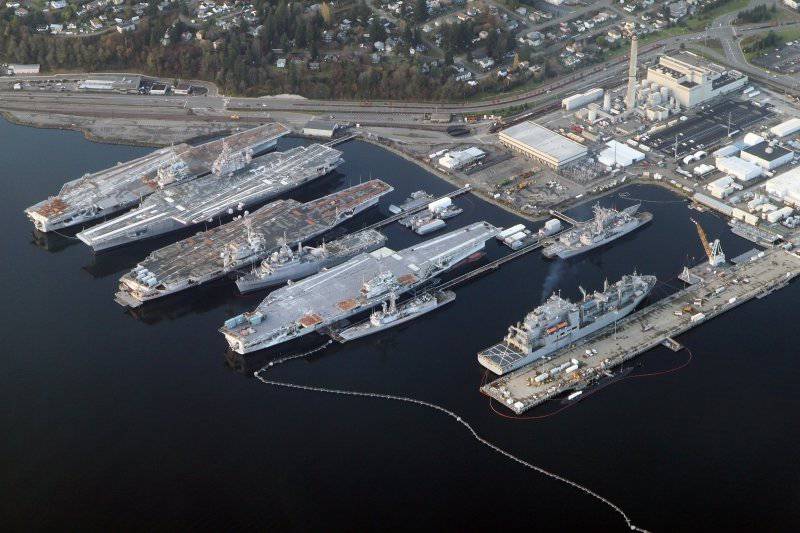 In total, 50 ships and vessels of the US Navy were classified as "inactive" at the beginning of November. 15 ships were put into reserve, 8 are preparing for sale to foreign countries, 24 will soon be disposed of, money is collected to save 2, another 1 ship was transferred to MARAD.

Inactive ships are located at several naval bases. So, on the Hawaiian base of Pearl Harbor 12 ships and vessels await their fate. 27 ships are based at Philadelphia, 8 in Bremerton, the remaining 3 - in Beaumont. Other bases of the US Navy are not involved in the maintenance of ships and vessels withdrawn from service.

The reserve currently has 15 ships and vessels. It is noteworthy that some vessels are in reserve for more than 20 years, but so far have not been sent for recycling. If necessary, the command of the Navy can be involved in the performance of various tasks ocean tug USNS Mohawk (ATF-170), the aircraft carrier USS Kitty Hawk (CV-63), landing ships USS Tarawa (LHA-1) and USS Nassau (LHA-4), five Charleston type ships, five Austin amphibious transport docks, and one USNS Bridge transport ship (T-AOE-10). The latter was withdrawn to the 30 reserve September 2014 of the year and is therefore missing from the previous report released a few days before. 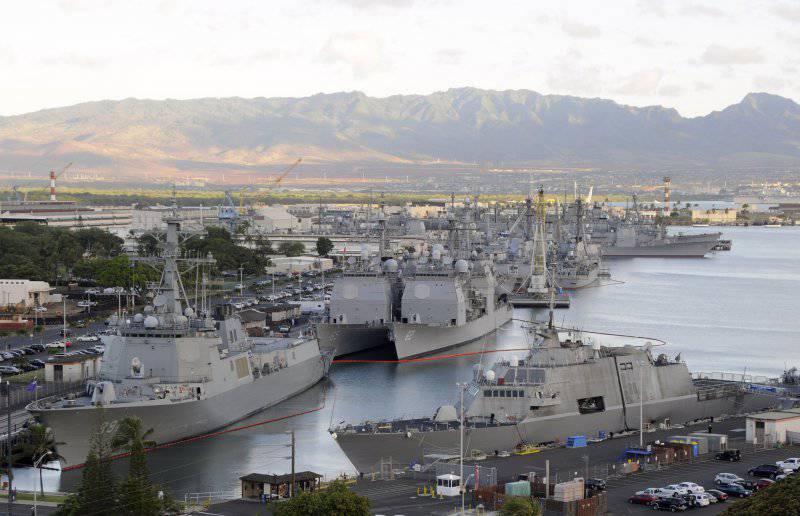 Part of the ships, withdrawn from the US Navy, but still suitable for exploitation, is being prepared for sale to third countries. Currently, eight frigates of the Oliver Hazard Perry type belong to the category of foreign military sales. The Pentagon is ready to sell overseas warships USS Curtis (FFG-38), USS Halyburton (FFG-40), USS Klakring (FFG-42), USS Thach (FFG-43), USS De Wert (FFG-45), USS Robert Bradley (FFG-49) and USS Carr (FFG-52). All of these ships were withdrawn from service in the Navy relatively recently, in 2013 and 2014.

The ship's 24 is planned to be cut into metal. It is noteworthy that some ships from the scrap ships list have been waiting for their fate since the beginning of the nineties. However, usually the process of transfer for recycling and further dismantling of structures takes much less time. From 2010, the USNS Hayes (AG-195) oceanographic vessel is waiting for disposal. It is planned to dispose of three cruisers of the Ticonderoga type, including the lead ship of the USS Ticonderoga project (CG-47). The aircraft carriers USS Ranger (CV-61) and USS Independence (CV-62) will also be scrapped. From 1992, the destroyer USS Forrest Sherman (DD-931) is being dismantled. Part of the details of this destroyer was used to repair several ships in museums. 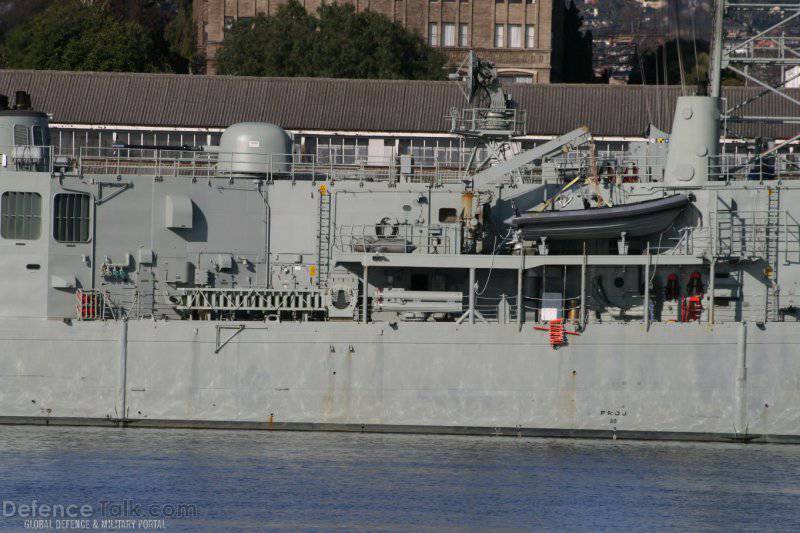 Since the middle of the last decade, frigates of the Oliver Hazard Perry type have been decommissioned and are being prepared for the disposal of 13 frigates. It is planned to dismantle the transport dock USS Shreveport (LPD-12) type Austin. In the future, the latest tank-landing ships of the Newport, USS Boulder (LST-1190) and USS Racine (LST-1191) types will be cut into metal. The same fate awaits the last artillery boat type Asheville - USS Canon (PG-90).

Two ships are planned to be museum exhibits and the US Navy agreed to serve them until the collection of money and preparation for the transfer is complete. The museum should be the aircraft carrier USS John F. Kennedy (CV-67), which will be transferred to the Aviation Museum of Rhode Island. The destroyer USS Charles F. Adams (DDG-2), which is the lead ship of the project of the same name, will be transferred to Jacksonville (Florida) and will be made a museum.

The USNS Sumner Oceanographic Vessel (T-AGS-61), previously operated by the United States Navy, will soon be transferred to the United States Department of Transportation Marine Administration (MARAD). Such a decision on the future fate of the vessel was taken at the end of August of this year. 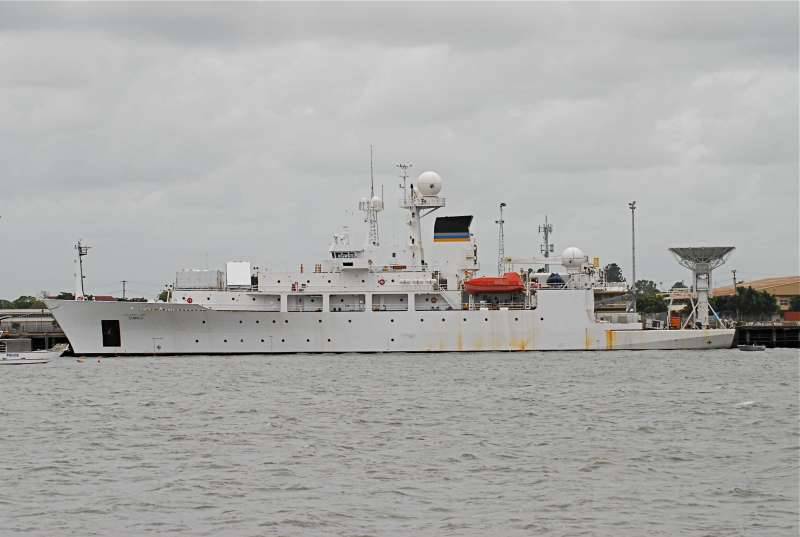 Still 12 ships and vessels are not officially included in the list of NAVSEA Inactive Ship Inventory, however, they are mentioned in published documents. Ships of various types are used to perform different tasks. For example, the amphibious assault ship USS Shadwell (LSD-15), built in the mid-forties, is used as a training ship, while the destroyer USS Barry (DD-933) is located in Washington and serves as a museum.

The list of "inactive ships" is published about once a month. In most cases, each new report is almost the same as the previous one. For example, the report from November 3 differs from the previous one, published on September September 25, only by making an entry about the vessel USNS Bridge (T-AOE-10). From the August (25 of August) report, the November report is also distinguished by the records of the USS Denver (LPD-9), which is scheduled for sale, and the USNS Sumner oceanographic vessel (T-AGS -40). In addition, there has been a slight change in the number of ships at various naval bases.

Thus, for more than two months, the report of NAVSEA Inactive Ship Inventory was replenished with only four ships. The number of reserve ships, as well as frigates preparing for sale, has increased. The following document on the status of the "inactive" fleet should be issued in late November or early December. It is unlikely that there will be major changes in comparison with the last at the moment, but this document will still be able to show the dynamics of changes in the reserve of the US Navy and the future fate of various ships.