"Crimea-non-resident" as part of the divorce proceedings with Ukraine? 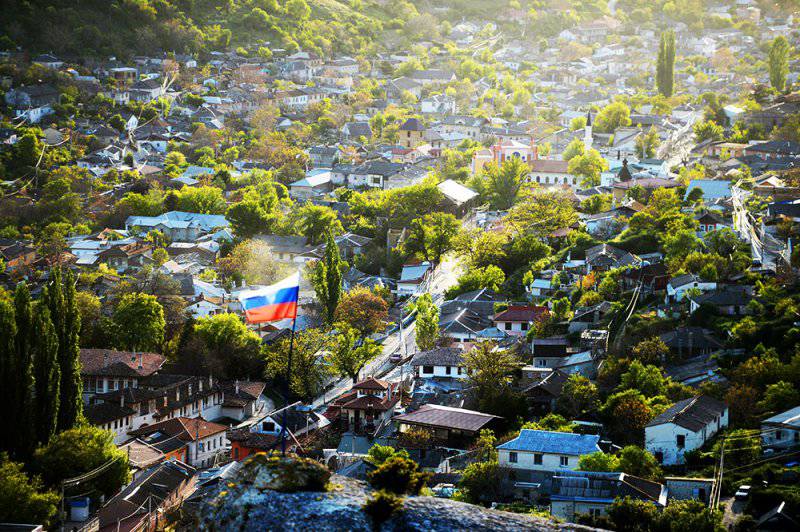 The National Bank made a “royal gift” to the residents of the Crimea: recognized them as citizens of another country - non-residents. The relevant resolution appeared on the NBU website a few days ago and caused a stir in the press. However, as often happens, everyone paid attention to minor issues: the ban on deposits in rubles, the restriction of remittances, etc. But the most important question is not money, but how to sell the Crimean property, an apartment, for example: for citizens of Ukraine and for non-residents conditions are noticeably different ...

The decree of the National Bank with a catchy name “On the application of certain norms of currency legislation during the temporary occupation regime on the territory of the free economic zone Crimea” states that banking operations with persons who have a residence permit on the peninsula will be regarded as operations with non-residents, and investment operations as operations with foreign investors. And contracts concluded between legal entities of the Crimea and companies registered or located in the rest of Ukraine will be considered foreign trade.

What does this mean? Well, let's say, there is a chain of stores that has either a supplier in the Crimea, or a marketplace (and the supplier is here). Previously, they worked as two business entities of Ukraine: for example, Crimeans sold wine, bought it and sold it through the trade network.

Now this simple transaction falls under currency control. To buy a batch of wine, the Ukrainian store will first have to file an application for the purchase of currency (dollar or ruble) with banks, then transfer to the special account the amount of funds in hryvnia, which will be enough to buy the planned volume of ruble or dollar. And if a payment is received from a Crimean company (again, in rubles or hard currency), the Ukrainian partner should be obliged to sell the received funds in a foreign exchange auction. How do those who trade with foreign countries. In addition, the rate of settlements up to 90 days now extends to trading with the Crimea between Ukrainian and local business structures.

Some interesting innovations concern those who have property in the Crimea - a summer house, an apartment, a yacht, and so on. As stated in the resolution of the National Bank of Ukraine, now “residents make transfers in foreign currency and hryvnia in favor of the subjects of Crimea in order to pay obligations related to the property located in the Crimea on the basis of documents confirming the ownership of such property. As well as documents confirming the existence of grounds for payment of obligations. For example, bills from the housing office.

This, in turn, forces individuals who have a tax address in the rest of Ukraine to declare residential real estate owned by them and located in the territory of the FEZ "Crimea". Hello, to all businessmen, deputies, officials and just ordinary corrupt officials. All of them will have to light the Crimean property. Otherwise you will not be able to pay for the light, water or parking of the yacht.

By the way, on the property lawyers have a whole series of questions at once. The hitch is that if you sell a house, according to Russian law, you will have to pay 30% of the property value against tax for non-residents. For our citizens - this is a disadvantage.

Therefore, many were in a hurry to register their right to property in the Russian registry. Others, relying on the current “law of occupation”, quietly reissued their Crimean housing in the mainland of Ukraine. And we have these transactions are recognized and registered by notaries. And this applies both to those who had a Crimean registration, and those who did not.

Now, after the recognition of the FEZ of Crimea as a territory of non-residents, it will be difficult to get rid of the Crimean property according to our laws. Accordingly, selling, say, a house, you may have to pay a Ukrainian tax on non-residents - 17%.

Nobody can say anything exactly for now, because the law “On Temporary Occupation” and the decree of the National Bank enter into a clear discord. And, as they say, the whole question is in the interpretation of these documents by the courts and responsible persons.

Lawyer Alexander Motorny said that the National Bank, when adopting this resolution, was thinking about its own, about money, and was not going to touch on property issues. However, in the existing legal field, everything is so confusing and contradictory that any careless movement of regulatory bodies can bring additional problems to entrepreneurs.

According to him, do not forget that the business associated with the Crimea, and so the head is spinning from the formal action on the territory of the peninsula at the same time the legislation of Ukraine and the legislation of the Russian Federation. At the same time, he notes the trend of gradual “cutting off the umbilical cord” connecting the Crimea and the mainland.

“First there was the non-recognition by Ukraine of any documents issued by the authorities or persons created in the Crimea according to the legislation of the Russian Federation. Then the permission (in the “law on occupation”) not to pay mandatory taxes and fees to the Ukrainian budget. Today Crimeans have become non-residents. It seems that the authorities consciously or “subconsciously” conduct a gradual divorce proceedings with the Crimea. In political messages, the return of the territory is declared sooner or later, but legal steps indicate movement in a completely different direction, ”the lawyer believes.