November 11, 2014
42
In preparation for the joint SREM-2014 Russian-Serbian tactical anti-terrorism maneuvers, the military of the two states conducted a series of exercises on combat reconciliation of units, pre-jump exercises and ground training of the elements of the jump, reports press service of the Ministry of Defense. 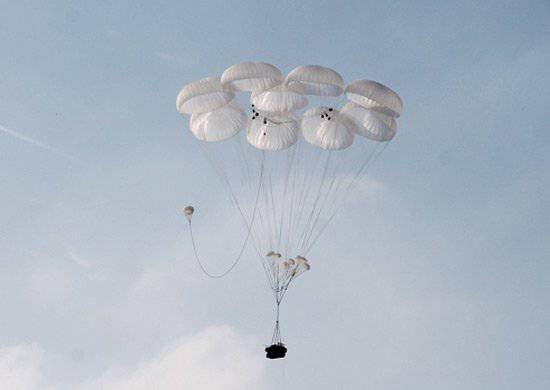 In addition, Russian paratroopers prepared military equipment for landing on the territory of the Batainitsa airfield, which was held jointly with the units of Serbian special forces. At the landing site Grabovtsi two BMD-2 were successfully landed. For this purpose, parachute-free systems PBS-916 and multi-dome parachute systems MKS-350-9 were used.

After landing, the crews brought the vehicles into a state of combat and conducted a joint training session on fire and tactical training with live firing.

In addition, the Serbian special forces units, using special wing-type parachute systems, landed to test the combat motions from the An-26 aircraft of the Serbian Air Force.

The curator of the exercises from the Russian side, the deputy commander of the Airborne Forces for peacekeeping operations and the Collective Rapid Reaction Force, Major General Alexander Vyaznikov, said that the military personnel of both countries showed a high level of coherence and interaction.
“We understand each other perfectly. This is facilitated by both the proximity of the Russian and Serbian languages, as well as the general approaches to the training and education of our servicemen, ”he noted.