Yuri Selivanov. Russia is given a minimum of time to prepare for the ordeal 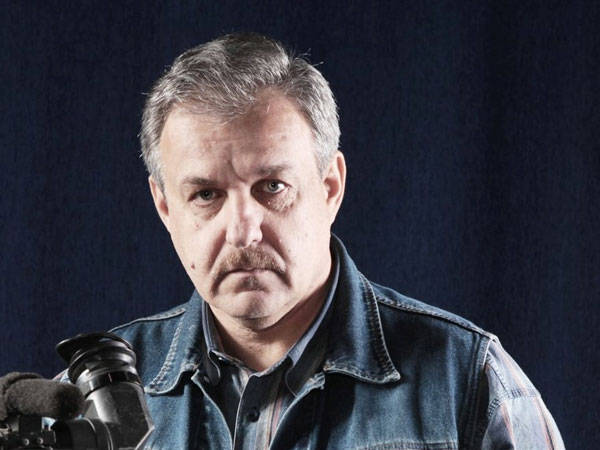 The recent defeat of US President Barack Obama on the domestic political front, which resulted in the two chambers of the US Congress passing under the control of his Republican political opponents, has a direct bearing on Russia. Because compared to many of those who are now opposing the White House from the Capitol Hill, Obama is a real dove of peace. And this is despite the fact that the current president has literally done everything in his power to infringe on Russia, and used almost all the means to subordinate it to American dictation again. According to a number of Russian political analysts, the US president is currently headed for the overthrow of Vladimir Putin through the organization of a coup d'état in Russia. And it is precisely the need to create favorable conditions for such a coup that explains the American adventure in Ukraine.

Nevertheless, Obama’s opponents in Congress believe that he is not doing enough to suppress Russia, and are prepared to go a lot further, right up to launching a full-scale war against this obstinate country. Already today, the US Senate is considering issues of imparting federal law to sanctions against Russia and lifting all restrictions on the armament of the Kiev regime’s army, sharpened by the same Americans for war with Russia. Already today it is clear that all candidates for future presidents of the United States will compete with each other in the degree of hostility towards Russia and “revive the global American leadership that Obama wrecked.” And it remains only to hope that the Kremlin is fully aware of this.

There is no mercy from these champions of global US hegemony and sworn enemies of all who oppose this, Russia cannot wait. I am writing about this with full knowledge of the essence of the issue as a former resident of Ukraine, who saw with his own eyes what brutal, uncivilized, bloody methods lead to complete obedience to think of disobeying a Washington country.

Given this Ukrainian lesson, it is vital for Russia itself to use the time remaining until the almost inevitable peak of confrontation with the West to prepare the country as fully as possible for this clash in the economic, social, ideological and military spheres. And, if necessary, right up to the reorganization of the entire life of society on military-mobilization bases.

In this case, a kind of psychological restart of Russian society should occur. The people should fully feel the unconditional concern for him, the highest justice of the actions of state power, the absence of strong internal irritants (such as the fifth column and defiantly insolent "cream of society"), as well as the cessation of the current total dominance of the corrupting, pro-Western propaganda in the country. The wild life of the current “elite” with its fantastic salaries, golden parachutes, kilometer yachts, “royal” hunts, etc. should be nipped in the bud. Vladimir Putin himself should become an example of personal behavior for the entire state elite, who for the first time in many years took one day off on the occasion of his birthday.

For embezzlement and corruption in especially large amounts, as well as for particularly serious socially dangerous crimes, the death penalty must be restored. The entire vertical of power should finally be cleared of dubious, odious figures who have been stuck there since the beginning of the nineties, and which people are clearly associated with selling off Russia and handing over its interests to the West. All these glamorous characters, whose main purpose was to observe the political correctness of Russia acceptable to the West, should lose their jobs due to the loss of the relevance of this task. The President of Russia needs to keep in his environment only people who have confirmed the reputation of loyal servants of the Russian state, and to sharply strengthen the selection of new managerial, ideological and military cadres of strict state-patriotic orientation. And not only from Russia, but from all over the Russian world, including from New Russia.

Ideological work with society should be restructured dramatically. It is necessary to stop the uncontrolled imposing on the population by means of someone who doesn’t understand the media’s atmosphere of lulling carelessness that drives people into a state of thoughtless vegetables, to abandon the now very popular philosophy of living through a negative attitude to creative work that is absolutely alien to the traditions of our people. Restoration of labor morality, the rule of the principle “who does not work, he does not eat,” the harsh pursuit of vagrancy, the suppression of excessive speculation as a source of unearned income, discouraging the desire to engage in production, should be the basis of educational policy.

State-patriotic consciousness (especially among young people), a sense of the inseparable connection of personal fate and even personal survival with the fate and survival of the country should be formed non-stop and become the main line of the Russian media. It is necessary to sharply increase the responsibility for anti-state propaganda, including the mimicking “freedom of speech”. All media financed from abroad must either find local investors or cease operations. The theme of collectivism, mutual aid, and self-restraint in a difficult time for the country for the sake of common interests should become prevalent in society. The so-called cultural figures, unable to meet this challenge of time and help shape a new public morality, should not be able to drive people into depression with marasmic spells on the theme of “guard, everything is gone!”. Animal egoism, unlimited consumerism, the “man-man-wolf” philosophy should be outlawed and expelled from society by all means. And carriers of such primitive instincts should be surrounded by universal contempt and feel that their land is burning under their feet.

It is advisable to squeeze all the pro-Western evil spirits, all the decomposed social debris out of the country to the West, so that this cancer tumor does not spread its dangerous metastases here.

And, of course, Russia needs to continue its policy of accelerated restoration of the country's defense. No so-called financial difficulties should not prevent it. Those ministers and top managers who are not ready to work in the conditions of a mobilization type of economy should leave their posts without any golden parachutes as they did not manage.

Military construction programs need to be revised to reflect the actual time left and to abandon unlimited planning periods with a vaguely irresponsible perspective until 2030. The principle - that which will not shoot in a year, is not necessary, with rare exceptions, should become the rule. The military industry, along with the expansion of the release of the most advanced models of military equipment, should seriously treat the accelerated repair and restoration of the still huge reserves of effective Soviet equipment. weapons in order to create a material base for the fastest possible deployment of a wartime army. At the same time, the formation of the professional component of the Armed Forces of Russia should in no way exclude the system of measures necessary for the mass mobilization of the military-trained population on the basis of the Law on Universal Military Obligation.

In the process of producing weapons, the maximum rationality and simplicity of their design should be ensured, without hanging custodially profitable for the manufacturer, but dubious in terms of mass wartime production of expensive “options”. Extremely quickly, it is necessary to ensure the complete independence of the defense complex from any imported components, and if it is impossible to refuse them, the corresponding products should be removed from production and replaced with domestic counterparts.

Given the negative development of the international situation, it is time for Russia to revise the whole complex of its relations with its so-called partners and strategic allies. Russia should no longer be satisfied with the situation of vague uncertainty, in which a country, without any specific obligations to Moscow, enjoys the most favored regime and is able to receive generous economic assistance from Russia. The principle “who is not with us is against us” at this stage becomes especially relevant. The heads of the respective states, who understand that they will be the first targets for the expansion of the West, and in the event of defeat for Russia and its easy prey, it’s time to clearly define who their countries are heading towards in the future. And if with Russia, then this should be expressed in the formulation of not vague and non-binding, but extremely clear military-political formats of our unity and mutual assistance. There is no other possibility than the actual re-establishment of the united statehood of the peoples of the former USSR in one form or another. In this regard, with regard to the adventurist seizure by the West of Ukraine, Moscow needs to continue a consistent, wise line based on the understanding that the current West cannot afford to swallow such a huge piece of prey, and it will inevitably suppress it. What Russia should unswervingly contribute to. There can be no war with the fraternal people of Ukraine, as well as the artificial preservation of the anti-people occupation Kiev regime.

Of course - all of the above can not be done. And to meet the formidable future in the current relaxed state, relying on the notorious "maybe". And continuing, out of habit, to blame everything on the Russian government, which is doing something wrong, and this is not so. And at the same time, not noticing in himself a loved one exactly no flaws and shortcomings to be corrected. However, it is harmless to remember that historical Russia's enemy - the Anglo-Saxon West - is counting on this. Because he understands well - to defeat Russia, which is well-trained, freed from internal strife and morally armed, he has absolutely no chance. And our whole story is a clear confirmation of this.