November 10, 2014
29
The Indonesian company PT Pindad, together with the Belgian CMI Defense, unveiled a new Badak armored vehicle with 6x6 wheel formula, reports Military Parity, with reference to IHS Jane's. The machine is designed for the operational needs of the army of Indonesia. 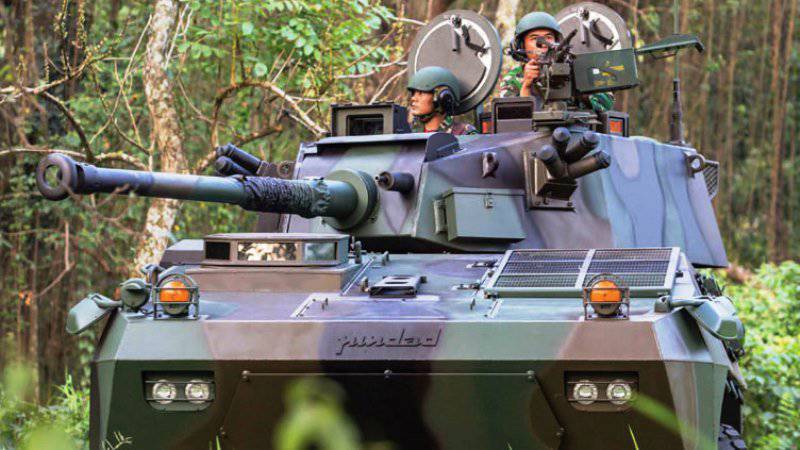 The site indicates that "Badak" has a new design of all-welded steel hull, and is a remake of the body of the ANOA armored personnel carrier (6х6), which was produced in quantities more than 100 units for the Indonesian army. "

As a result of the change in the layout, ANOA created a place for the tower. “The power plant consists of a 340-strong diesel with an automatic transmission, which gives the maximum speed on the highway 90 km / h. Steel body armor provides protection at the level of STANAG 4569 Level 3, i.e. protection from 12,7-mm bullets, ”- said the publication.

According to the authors, “a low-impulse 90-mm rifled CSE 90LP cannon manufactured by CMI Defense is installed in the twin-turret, an 7,62-mm machine gun is paired with it with a cannon.” On the roof of the tower - turret machine gun (7,62 mm). Tower armor protection at the level of STANAG 4569 Level 1, however, at the request of the customer can be upgraded to the 4 level.