What happens to the ruble? 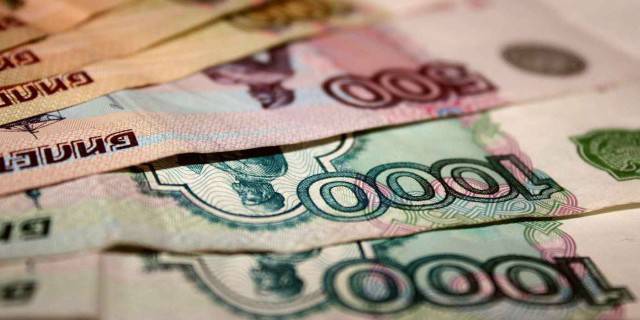 Recently, the attention of an increasing number of Russian citizens has been drawn to exchange rate quotations. While the ruble was losing pennies or a few dozen kopecks per month, the situation in the foreign exchange market was of little interest to anyone. Well, we do not have free circulation of foreign currency. Not 90 in the yard. But when, in recent days, the ups and downs of the dollar began to be measured in units of rubles per day, the situation began to affect the majority of the Russian population. Of course, compared to 90, the situation in the Russian economy is quieter, Russia is less dependent on imports, and there was even hope that the fall of the ruble would allow us to carry out further import substitution. But a forty percent drop in the ruble against last year’s values ​​and a particularly sharp 20% drop in just two months lead to the fact that even small amounts of imported products used by domestic producers (for example, spices in the meat industry) lead to the need to raise prices Not to mention the fact that the “patriotic” domestic producer, under the guise of it, considers it his duty to receive additional income.

Meanwhile, there is not a single economically justified reason for such a sharp collapse of the ruble exchange rate. Talking heads from the screen and "venerable economists" on the pages of newspapers and Internet sites are trying to bring some kind of economic base under the facts. Considering that economists theorists cannot explain what is happening in accessible words, they themselves do not understand what is happening, and all their attempts are translated into a set of words from the avian language of 90 liberals. Not only does the people do not understand this bird language, it also perfectly remembers that it was precisely under such clever and loud words a dozen years ago that we were frankly and shamelessly robbed.

I am not an economist, I am an engineer, a teacher, an entrepreneur, I didn’t understand what was going on for a long time, but some characteristic features of the events that took place made me remember the plot read in the art book. And when I laid out the facts with this association in mind, the puzzle was formed. For this reason, I will try to explain what is happening in simple words, so that everything becomes clear to the average person.

Let's start, perhaps, to dance from the stove. Nobody needs to explain what inflation is. If the money supply exceeds the volume of commodity, then the money begins to depreciate, and vice versa. Let's consider whether there are prerequisites for inflation in Russia? The market in Russia is catastrophically underfinanced, roughly speaking, there is not enough money in the economy. On this subject, see the article Glazyev or Fedorov. In such a situation, the currency of Russia should not fall, but its steady growth should be observed in relation to the same dollar, which is thrown into the world economy completely insecure. There should also be no internal inflation, i.e., an internal increase in commodity prices. However, we can observe internal inflation due to the fact that we live in a society of victorious monopoly capitalism. Therefore, the rise in prices by a monopolist or a monopolist cartel that affects all sectors of a country (for example, energy) leads to the fact that the entire business must include increased costs in its estimates, and also raise prices for its products. A few months after the monopoly price rises, the market again comes to balance. But during this time the monopolist gets its profit. And begins a new round of price race. But the decline in the value of a currency in the face of such inflation is slow. Otherwise, the state’s anti-monopoly structures will come into play, as the rapid price increase threatens the stability of the state.

What else can we explain the fall of the ruble? There are two main dishes that economists feed us. The first is the fall in oil prices, and the second is the outflow of capital. As for the first, everything is simple. The price of oil has really fallen. With that in recent times, her fall was pretty fast. But the mining sector in Russia last year accounted for only about 10% of GDP. Therefore, even if we assume that all production is oil and that it has fallen in price by 2, the fall of the ruble against the dollar can be only 5%. That is how much the volume of goods, calculated in dollars, will decrease. The withdrawal of capital and the related slowdown in “economic growth” also cannot produce such high inflation, since speculative capital is escaping from Russia. Just look at the site “Made by Us”, and it will be seen that in Russia there is a creation of new enterprises, transport infrastructure, sales are growing weaponsWith the example of Chinese investments in gas pipelines, one can talk about the inflow of capital into the real sector. Thus, the real sector of the economy associated with trade is growing. And the bubble is blown away by an unsecured currency commodity involved in an exchange game.

So, we found out that there are no economic prerequisites for a sharp depreciation of the ruble in Russia. But the facts are a stubborn thing. And therefore the only thing left to assume is to conduct an attack on our currency in the framework of an economic war. How does it work? To begin with, the enemy creates an information veil. Forming the false, but economically convincing factors leading to the fall of the attacked currency. In the case of the ruble, these are the notorious prices for oil and the “capital outflow”. The first, as we have already found out, cannot give such high inflation, and the second does not affect inflation at all in the long run, although it can affect it for a short time, creating a shortage of currency on the stock exchanges. At the same time, the mass of the attacked currency is accumulating, in this case, Western players have created stocks of the ruble mass through NPOs that exchange dollar grants for rubles through purchases of rubles, allegedly to provide oil imports for rubles, or simply by gradually buying rubles on the stock exchange. Then there is a powerful release of the accumulated ruble mass to the exchange. As a result, the exchange creates a significant excess of the ruble mass over the dollar, and there is a sharp increase in the dollar. This occurs at the moment when the peak of the action of information cover factors takes place. Further the media is actively involved in the game. Panic information is thrown through media agents such as Echo of Moscow or Dozhd (for example, one economist has already agreed to 200 rubles for a dollar), which is replicated by independent media who don’t want to lose readers looking for the answer to what happened, and, accordingly, income. Naturally, the attacker's resources are not unlimited, and once, and rather quickly, the stock of the ruble mass will run out. But to extend the attack, a fairly simple move is used, which we can observe now. Under the cover of informational stuffing (as, for example, an increase in the refinancing rate of the Central Bank of the Russian Federation, or a short-term increase in oil prices, which took place on 1 and 5 in November), is used to buy up rubles, which leads to a short-term pullback of the dollar, and which are then thrown again the attack the next day. We could also see this when, on the next trading day after the pre-holiday correction, the dollar soared again on the stock exchange, updating the highs. The same thing happened during Friday, when the jumps in prices of the ruble against the dollar and the euro were recorded. Naturally, it is impossible to buy up a volume comparable to the original one, because then the attacked currency will play too much in price, so each subsequent attack will be weaker, and the purchase-sale cycles will become more frequent (which we see again). However, it is not necessary to be under a delusion especially. Further, the population itself begins to put pressure on the ruble, which in a panic begins to buy dollars, which also leads to an increase in their value. As a result, we can still see a rather large fall in the ruble. But the potential of this pressure must end sometime. And as a result, the ruble exchange rate will be established. And he even has to play a few positions, because the stock exchange will offer currency from exporters who do not see the point to wait for further price increases. Whereas importers should already have time to buy dollars in a panic of rising prices.

So what do we have? We have a powerful but short-term attack on the ruble. What can oppose the Central Bank, which is now accused of all mortal sins? Either intervention, or raising the refinancing rate. But these actions save the enemy money, since he does not need to roll back the price with his interventions. Plus, the Americans are attacking us with rubles bought on unsecured pieces of paper, while we defend ourselves with dollars that we received for a very specific product, i.e. losing our gold reserves. Therefore, the Central Bank of the Russian Federation rightly does not undertake major interventions, but the rate increase was an obvious mistake. However, any citizen who panicked and went to buy dollars does more for Americans than all CBR officials combined. The most radical is the establishment of a hard exchange rate of the ruble against major currencies. This will stabilize the domestic economic situation, but will have disastrous foreign trade consequences. Therefore, this tool can be applied only if there comes a panic and the threat of serious public discontent.

Now you can go to the question: why is it all the Americans? It seems to me that this is an attempt to force the Russian authorities to stop trading in energy for rubles. Unstable currency may not be interesting in large and especially long-term transactions. In the case, if the ruble is set at a fixed rate, foreign trade operations with it in principle will not be possible, since the ruble will lose its liquidity.

What are the forecasts? “Vangovat” is a thankless task, especially since, I repeat, I am not an economist. But, if I understand the situation correctly, the attacks are already ending (frequency of jumps), and the peak marks are not far, although the dollar can still win 5-10 rubles. Before the New Year, the ruble should overcome the pressure of buying up currency by the population, stop, and a correction should begin. It is difficult to say in concrete figures, since this is not a mathematical model, there are too many unknowns. But one thing is for sure, the economic war will crawl into our pockets with a new round of price increases. And for that we have to say a big “thank you” to the market economy.