November 8 2014
77
In Kaliningrad, the ship launched the Admiral Essen. This is the second frigate built by the 11356 project at the Yantar plant in Kaliningrad. In total, six frigates are planned to be built under this project (up to 2017 of the year). They all decided to give names in honor of the great Russian naval commanders: "Admiral Makarov", "Admiral Butakov", "Admiral Istomin", "Admiral Kornilov", "Admiral Essen" and "Admiral Grigorovich".


The frigate "Admiral Grigorovich" will be handed over to the Russian Navy in the spring of 2015. The Admiral Essen and Admiral Makarov frigates will also join the navy next year. Tentatively, the transfer of these frigates will be completed by the autumn of 2015. The press service of the shipyard reports "Amber".

The descendants of the admiral took part in the ceremony of launching the frigate "Admiral Essen" into the water. Maya Essen got the right to break a bottle of champagne on the side of a warship. At the Yantar plant, Maya Essen is called the frigate's godmother, as she was also present at the groundbreaking ceremony of the warship 2011 in the year. About this reports Kaliningrad portal KaliningradToday. 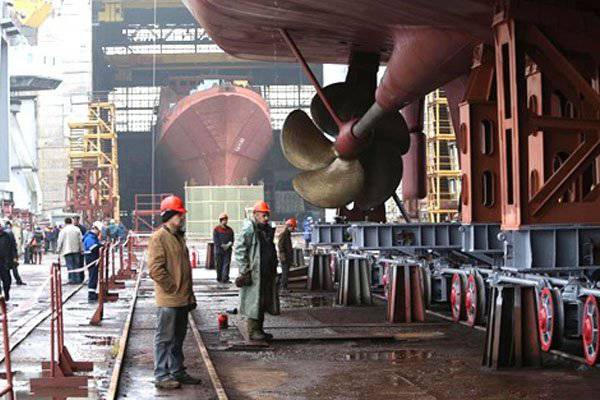 The frigate Admiral Essen is being built for the Black Sea fleet RF The total displacement of the ship is about 4000 tons. The length exceeds 124 m. Draft is 4,2 m. The autonomy of the ships of this project is 30 days. The Admiral Essen is armed with a range of missile and artillery mountings: 8 ZM55 Onyx anti-ship missiles, ZS90 Shtil-1 air defense systems (36 SAM), 8 Igla-1 anti-ship missile systems, 8 91RE1 anti-submarine missiles, and PU RBU-6000 RPK-8. The ship can strike with torpedoes SET-65, 53-65K.

On board the frigate carries the Ka-27PL or Ka-31 helicopter. 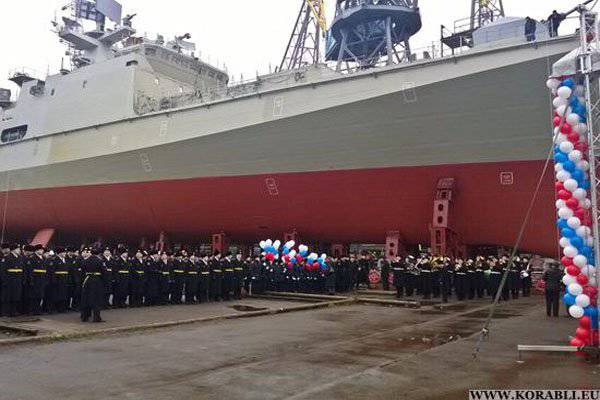