Protocol on freezing of Donbass 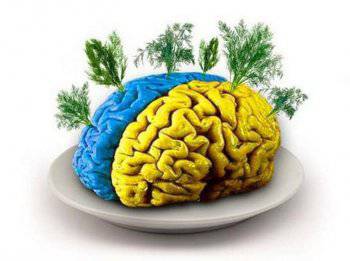 After the dismissal of the secretary of the National Security and Defense Council of Ukraine (NSDC), Andrei Paruby, the holder of a certificate of mental retardation, which does not prevent him from leading everything that his kind, sympathetic and, apparently, intelligent people like that appointed in independent Ukraine, it is even difficult suggest who in this body (NSDC) could think of this. And yet, the case of the person who entered history modern Ukraine with a smoke bomb in the house, lives. On November 4 of this year, the NSDCU made a decision: to recommend abolishing the special status of Donbass.

That is, to introduce in the new Verkhovna Rada a bill on the repeal of the law on the peculiarities of local self-government in certain regions of the Donetsk and Lugansk regions. The NSDC could not disobey, for it was done on the recommendation of ... the President of Ukraine. Of course, with such an approach to affairs in the state Paruby will still lead the club of young (or not so) intellectuals of Ukraine. He has someone to follow and to whom to look like ...

However, the leader of the nation and the supreme commander can be understood. He is offended. First of all, by how the people made him and his strength - a nominal unit - in the early parliamentary elections. And he awarded the victory to a certain “Popular Front” (NF) headed by Prime Minister Arseniy Yatsenyuk and the Speaker of the Rada Oleksandr Turchinov. Now, most likely, personal staffing will not change - all will remain with their positions.

And then they put the pig under the guarantor and the residents of the self-proclaimed DNR and LNR, who together went to the November 2 elections and voted for their candidates, thereby confirming that they saw this “happiness” in the coffin - life in the cathedral neo-Nazi ethnocratic Ukraine under the banner of Stepan Bandera and under singing “Sche ne vmerl ...” when visiting public toilets, patriotically painted in yellow-blue.

This is probably what forced the president, together with the NSDC and Rada, to abolish the law, which he had just signed on October 16 of this year. And on the grounds that the self-proclaimed republics de violate the conditions of the Minsk Protocol on a cease-fire in the civil war zone.

Well, let's take a look at this document, signed by 5 September 2014, by the participants of the Trilateral Contact Group: OSCE Ambassador Heidi Tagliavini, second President of Ukraine Leonid Kuchma, who was commissioned by President Fifth, Ambassador of the Russian Federation to Ukraine Mikhail Zurabov and DNR representatives Alexander Zakharchenko and LPR Igor Yaroslav Carpentry. The last two, by the way, in the November 2 elections became the legitimate heads of their state formations. Here is the text: “The protocol on the results of consultations of the Tripartite Contact Group on joint steps aimed at implementing the Peace Plan of the President of Ukraine Petro Poroshenko and initiatives of the President of Russia Vladimir Putin.

Following the consideration and discussion of the proposals made by the participants of the consultations in Minsk on September 1 2014, the Tripartite Contact Group composed of representatives from Ukraine, the Russian Federation and the Organization for Security and Cooperation in Europe reached agreement on the need to take the following steps:

2. To ensure monitoring and verification by the OSCE of the non-use of weapons regime.

3. To carry out the decentralization of power, including through the adoption of the Law of Ukraine "On the temporary order of local self-government in certain regions of the Donetsk and Lugansk regions" (Law on Special Status).

4. Ensure continuous monitoring of the Russian-Ukrainian state border and verification by the OSCE with the creation of a security zone in the border areas of Ukraine and the Russian Federation.

6. Adopt a law on the prevention of prosecution and punishment of persons in connection with the events that occurred in certain areas of the Donetsk and Lugansk regions of Ukraine.

8. Take steps to improve the humanitarian situation in the Donbas.

9. To ensure the holding of early local elections in accordance with the Law of Ukraine “On the temporary procedure for local self-government in certain districts of the Donetsk and Lugansk regions” (Law on Special Status).

10. Remove illegal armed groups, military equipment, as well as militants and mercenaries from the territory of Ukraine.

11. Adopt a program for the economic revival of Donbass and the restoration of vital activity of the region.

12. Provide guarantees of personal safety for the participants in the consultations. ” Everything, total 12 points ...

As we see, Ukraine was only partially able to fulfill only one point out of twelve, and he is going to cancel it. Because it was Kiev that didn’t bring the matter to mind - it was not able to precisely define the boundaries of the districts of the two regions covered by the law on special status. And the DPR and the LPR, which, in accordance with their referendums on the independence of 11 in May of this year, generally claimed the territories that were under their control at the time of the plebiscite (that is, practically in the territory of two regions), responded by holding the elections of 2 in November. And not December 7, as Kiev intended in accordance with the intention of the Minsk Protocol.

And this discrepancy occurred for several reasons. First, there are too different external factors influencing the sides of the civil war in the Donbass. Militiamen of the DPR and LNR are actively assisted by those Russian political, economic and public circles who would like to see on this, in fact, a former Ukrainian territory, the rebirth or birth of Moscow-controlled Novorossia. This is actually what many people want in the DPR with the LC. And Kiev completely fulfills the commands of Washington in fulfilling the main task - turning the Donbass into a territory of instability, which would weaken Russia. Involved it into a conflict and thus brought it under international sanctions as an "accomplice of terrorism." Kiev somehow cope with this task.

Secondly, Ukraine does not even want to hear about a federal reorganization of the state, on which the DPR and the LPR insist. If negotiations about this had begun in the spring of this year, immediately after the coup, then, in the opinion of many, Ukraine and the Crimea would have kept, and the Donbass would not have lost. And so the rebellious regions were saved by raising their status from neo-Nazi and neo-fascist rhetoric and changing the foreign policy course from hidden pro-Russian to frank pro-European.

Thirdly, Kiev, Donetsk and Lugansk do not trust each other. Therefore, almost all paragraphs of the Minsk Protocol are not met. There is neither a cease-fire (the parties hope to solve everything by force), no inclusive dialogue (Kiev does not negotiate with terrorists and reflects “Russian aggression”), or border control (Ukraine cannot establish it, because the DPR with the LPR do not give) neither the program of reviving the destroyed Donbass (Kiev does not give money, which he also simply does not have), nor a full exchange of prisoners (Kiev does not want to amnesty and give away "terrorists" and "separatists", whom it intends to indicatively judge others to discourage them) . The only thing the parties have achieved is security guarantees to the participants of the meetings. And only because they cannot reach each other for the time being ...

And finally, fourthly - and this is the main thing! - Ukraine, based on the above three reasons, cannot offer the DPR and LNR anything that the self-proclaimed republics did not win and would not defend with arms. I repeat - NOTHING! Neither the Russian language (he is de facto dominant), nor respect for culture and identity, nor for the historical and religious preferences of the residents of Donbass, nor even a distinct political, economic and moral course. And this is called a full deadlock.

In response to Kiev’s readiness to repeal the laws on the special status of Donbass and on amnesty for members of the clashes, Donetsk and Lugansk are ready to prepare a new Minsk protocol and submit it to the new Tripartite meeting, scheduled for late November. And the heads of the two republics will no longer go to Minsk, but will send their representatives there. It seems that they do not believe in the effectiveness of such meetings. Or they simply demand that Kiev raise the status of negotiators, and not entrust this to the “incomprehensible” Kuchma.

All this leads to the fact that the conflict in the Donbass can move from the stage of “hot” civil war to the category of “frozen”. That is, those whose decision is postponed until better times and is a constant source of instability and a threat to peace and order on their borders. And after all, what is surprising is that Ukraine should first think about this not to happen. If only because it has already lost it and will still lose territory in case of anything. She must (and can) either by force restore the status quo (to which she has no strength). Or to show wonders of diplomatic and other flexibility in order to attract the rebellious regions to their side by making them such offers that they, speaking in the cinematic mafia language, could not refuse ...

Kiev, it seems, is choosing the third way - it hopes that the pacified Donbass will be brought to a leash by some third forces. Whether the West, providing all possible assistance. Whether Russia, abandoning the practice of "collecting land" and "protecting Russian compatriots." So tell me afterwards how clever and feasible in practice are the calculations of the Kiev geopolitical pseudo-strategists. No wonder that Parubiy was issued in childhood the mentioned certificate of headaches. Medicine in the USSR was on top, it’s the future Ukrainian “heroes”, in my opinion, I saw right through and they spanked the correct diagnoses on time ...

... But're coming out-intellectualism flourishes further. Recently, the speaker of the Right Sector, Borislav Bereza, suggested counting on Donbass to help return the new US president, who comes from the Republican Party. Because the current one, Democrat Barack Obama, to put it mildly, does not pull, and in Ukraine, he doesn’t pimpet. “We need a new US president who would be more resolute, and, most likely, we will wait for him from the Republicans, but we would like the Congress to start the pressure now. ... There will be pressure, because Republicans need to show Obama’s shortcomings as an international leader right now. After all, the US is an international gendarme, this is their backstage name. To maintain this status, you need to match it. And just the loss of image for Americans is very painful for ordinary voters. They are used to thinking that America is a great country. So it is, but they prefer to assume that this is not just a name, a fact. In order for this fact to remain a reality, you need to confirm the words with deeds. And this can play very seriously, ”the Ukrainian fighter offered the American“ brothers ”. Well, an absolutely independent Ukrainian politician ...

... If only they knew, they and Parubiy were examined in one clinic? ..