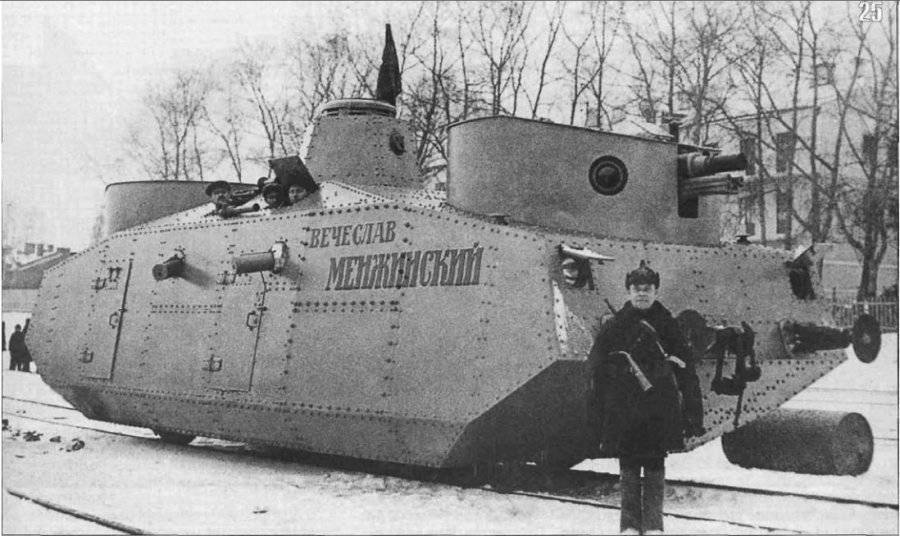 The first prototype of the D-2. Pay attention to how the name is written ...

When reading most versions of Nikolai Ivanovich Dyrenkov’s biography, it remains completely incomprehensible how an adventurer could act in the USSR for so long without giving out a single (except the anecdotal D-8) relatively mass machine? Is it possible? All история tells us that the answer should be "no," means ...? It means that we do not know something. For example, the fact that Dyrenkov’s armored tires consisted of a mass series (more than 30 pieces, only the heaviest, D-2), were produced by several factories and stood up to the end of the 40s, at least. So, if in the automotive armored area, Dyrenkov did not leave a good memory of himself, then in railway armor he showed himself as the author, albeit somewhat damp (about this below), but quite successful examples of military equipment. 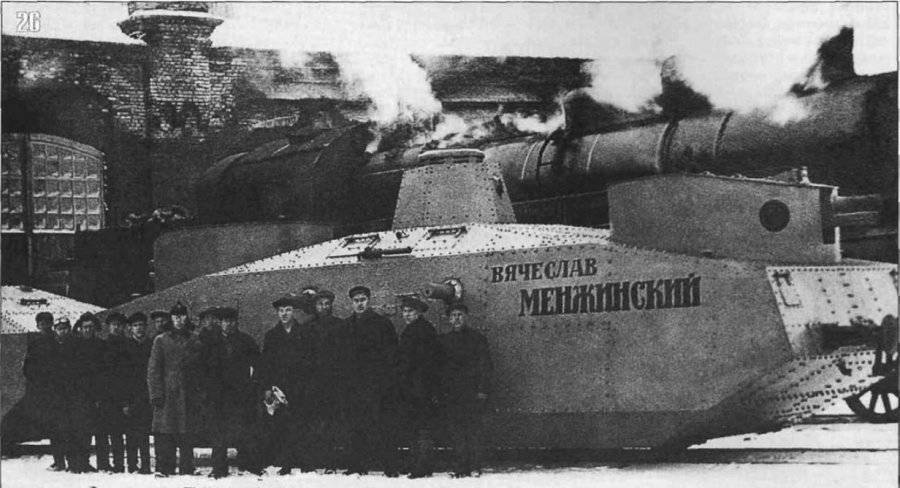 Prototype after eliminating flaws. At the same time and "Vyacheslav" wrote correctly

The most significant contribution of Dyrenkov was the aforementioned self-propelled D-2 motorized armored car equipped with a 93-horsepower Hercules engine and the original gearbox of the Dyrenkov design, with four speeds and a reverse. The armored corps with a sheet thickness of 10-16 mm reliably protected the machine from bullets and fragments - and the weapons were, without exaggeration, very, very powerful. Two towers housed a 76.2-mm anti-storm guns model 1913 (the forerunner of the regiments of model 1927) with coaxial machine guns DT-29, the third machine gun DT was located in a rotary commander’s turret (from tank MS-1, by the way), and the main machine-gun weapons were four (!) Maxim machine guns, located in pairs along the sides of the hull. 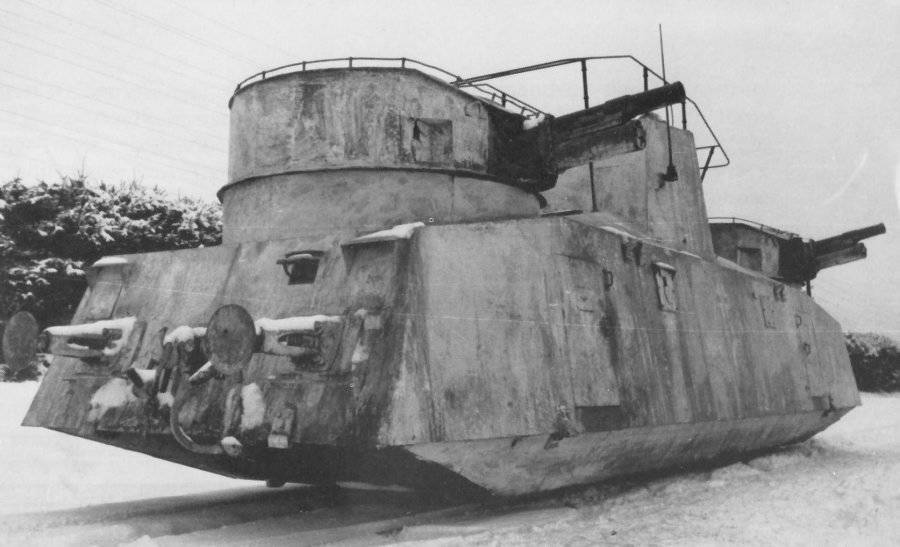 According to the results of the tests, the design of armored tires made many changes, the main of which can be considered a noticeable increase in hull size (to improve habitability and autonomy), the rejection of the rotating commander's turret and its replacement with a fixed wheelhouse, installation on one of the anti-aircraft gun towers of two machine guns " Maxim "(of all, it means. They became six (!)), And most importantly - the" short "guns were replaced with full-fledged divisions of the XXUMX / 1902 years.

Plus, the Hercules engine was replaced by an 90-strong Yaroslavl engine, many improvements were made to the transmission, radio armored vehicles were equipped with radio stations, and so on. As a result, the volume of alterations was quite significant. which significantly delayed the flow of armored rubber to the armament of the NKVD troops for the protection of railways. Instead of the planned deadline - the end of 1932 of the year - the first cars from the plant were received by Mosherez only in the middle of 1933 of the year, and more or less in commercial quantities went only to its end. In total, 15 series-produced armored rubber D-2 was built in Moscow. The Kolomna and Kaluga factories simply thwarted the execution of the order and were finally freed from it. Their volumes were transferred to Bryansk, to the Red Profintern plant, which also produced 15 armored rubber, completing their production in July 1934.

D-2 production plant "Mozherez"
As early as the beginning of 1933, when the delivery of the serial D-2 to the customer had just begun, the UMM Red Army refused to use the Dyrenkov’s motor-armored wagons to arm the armored train units of the Red Army. The tests showed that the serial D-2 fit the curves of the railways badly, are difficult to maintain (for example, for overhauling the gearbox and engine had to remove the towers and the upper part of the hull), their transmission is unreliable and requires frequent adjustment. Therefore, the UMM of the Red Army decided to transfer all the manufactured serial D-2 to the transport department of the OGPU, which by this time already had at its disposal motorized armored wagons D-3, D-6 and prototype D-2. The protection and defense of railway facilities in the border regions of the Soviet Union were assigned to these armored units. Organizationally, the moto armored wagons were part of the mouths of the BIA — 3 units plus an armored steam train — and could operate both independently and as part of an armored train. In February, 1939, a company of motorcycle armored wagons, became part of the created Main Directorate of the NKVD troops for the protection of railway structures

In total, during the years of the Great Patriotic War, seven D-2 moto armored wagons were lost in the battles, which were repaired by the Germans, who willingly included them in their armored trains. And those armored cars that managed to survive the war - continued to serve until the physical deterioration, until the end of the 40-s.