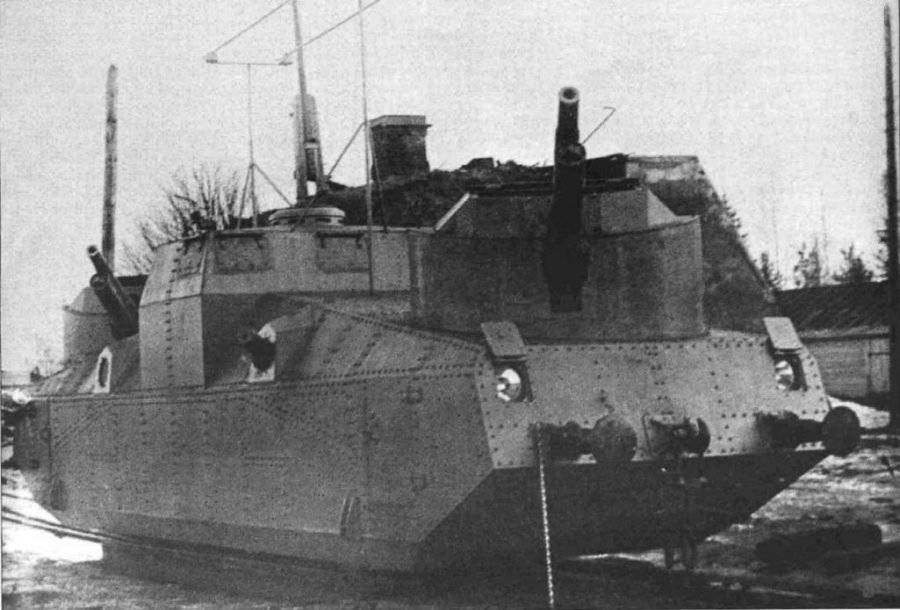 By the time the D-2 motocars approached the series (read about the D-2 here: Unknown Nikolai Dyrenkov. Armored car D-2), - some of their shortcomings were already obvious, but in the framework of mass production, they cannot be eliminated. Therefore, in 1931, N. Dyrenkov turned to the UMM of the Red Army with a proposal to build a new motor-armored wagon with reinforced armament from an 107-mm cannon in a tower of circular rotation and with improved driving characteristics. The proposal was accepted by 27 on October 1931 of the year, but due to the overload of the Dyrenkov Design Bureau some drawings appeared only in the middle of 1932 of the year. Being forced to move the turret to the central part of the car - Dyrenkov placed the engine and transmission not in the middle, like in the D-2, but in the end of the motor vehicle. At the same time, Dyrenkov, being in his repertoire, offered in peacetime to carry passengers with this transport:

“In the program of work of the Institute of Mechanization and Motorization, presented to you in 1931, issues of the possibilities of extensive use of military vehicles in peaceful conditions were especially developed. Guided by these considerations in the design of the D-2 motor-armored car, the armored corps were designed by me in demountable, as a result of which, removing the upper part of the hull and the tower, you can put a light iron booth on the remaining lower chassis and use the chassis as a power truck.

When designing the D-6 armored car with a single turret, with an 107-mm gun, I had to transfer the engine and transmission mechanisms from the middle of the car to one end in order to have a place for the gun turret, which makes it possible to use the undercarriage in peaceful life as a passenger railcar. The D-31 body that I designed for this running gear makes it possible to locate 102 passenger seats on it.
...
In addition, to further simplify and reduce the cost, I have designed a new D-35 transmission for the D-6 undercarriage, which involves the use of an I-2 ordinary gearbox instead of an 2 speed clutch and 5 speed reverse gear in combination with a reverse gear, dressed directly on the wagon axis, which reduces the number of transmission details on 1104 pcs. and weight (approximately 0,5 t). By bringing the above to your consideration, I ask you to approve the D-6, D-35 and D-46 projects attached herewith and allow them to be built according to the same design. " 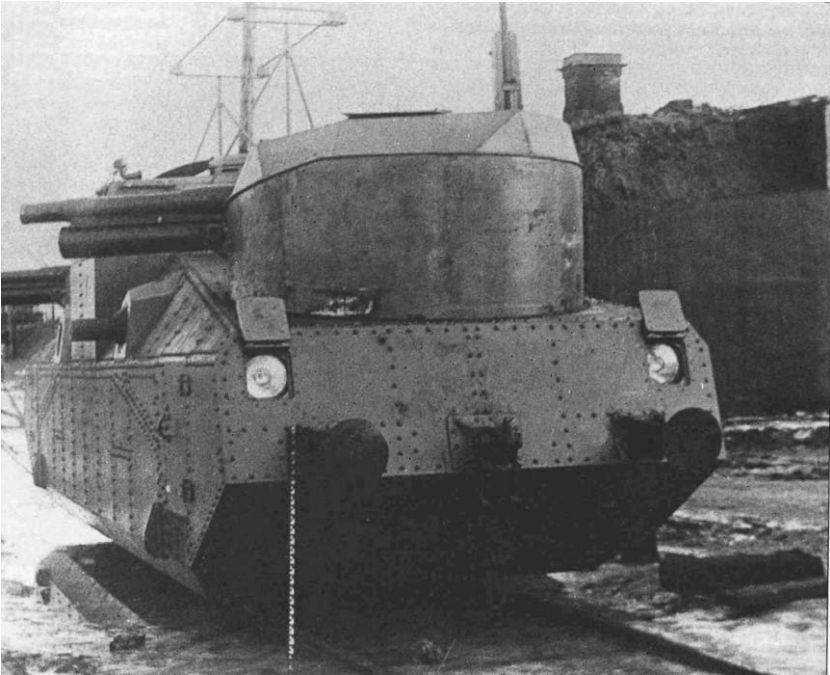 However, if you noticed, the photos of the D-6 are very different from the one that is supposed by the descriptions of the appearance. What is the matter, why neither 107-mm guns, nor circular fire is not detected? The fact is that the Experimental Design and Testing Bureau of the Office of Mechanization and Motorization of the Red Army in December 1932 was disbanded, and Dyrenkov himself was appointed Deputy Director and Head of the Department of Mechanization and Motorization of NATI.

The development of the D-6 in a trivial fashion was "stuck" at the semi-ready stage. The problem was that the self-taught Dyrenkov did not issue a ready-made set of drawings to production, but delivered them as the machines were manufactured — accordingly, when the OKBM UMB was disbanded, there was simply no one to finish the drawings. 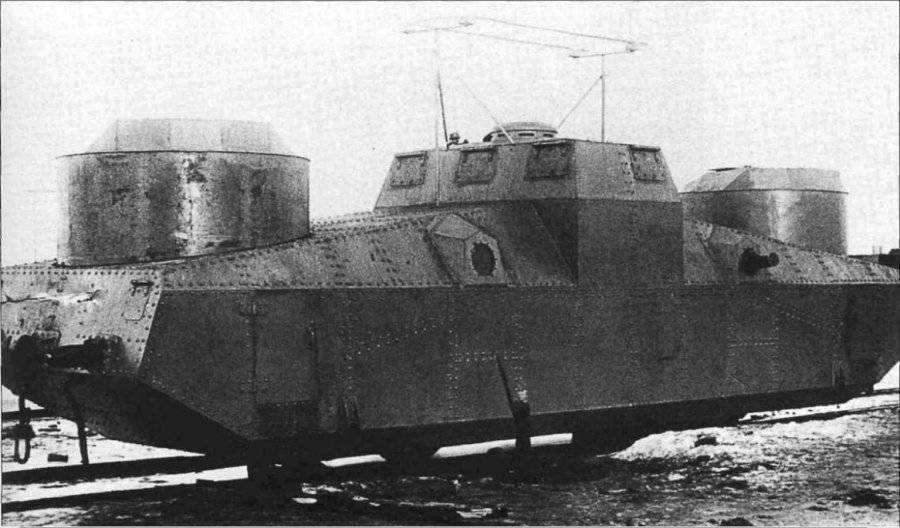 The project of an armed 107-mm armored rubber was in limbo ...

"Motobronewagon with the engine" Hercules "105 hp (D-6).
The upper and lower parts of the hull, the tower body without shoulder straps, the mast and the turning mechanism were made. A running gear with hand brakes, a Hercules motor with an I-5 gearbox and a D-35 reverse, a Kommunar type radiator are installed. Installed silencers, pipelines, as well as a temporary gas tank and temporary control of the armored car. In this form, the system will be ready for testing by 10.12.32. Further assembly is delayed due to the absence of drawings. ”

Transferring the employees of the OKIB to the disposal of the plant Mozherez helped the case slightly, because trying to get rid of someone else's development as quickly as possible - the plant management decided to finish building D-6 as an improved version of D-2. They rationalized the armored hull, making it noticeably lighter, expanded the armored jacket. The tumbling installations of the guns were replaced with normal turrets with the suspension of the gun to the rotating turret - however, they did not take the 107-mm guns, but the same, 76-mm guns of the 1902 model.

The tests of the trolley were brilliant, the guns fired without problems, but the maintenance of the guns in these towers was inconvenient. Therefore, it was decided that to change the less advanced, but already in production D-2, to such D-6 - there is no sense. The game was not worth the candle. But, already built armored car was accepted for armament, the good should not be lost.

The combat service of the D-6 motobroner car took place in Transbaikalia, along with other Dyrenkov non-serial machines, the D-3 and the D-2 prototypes.