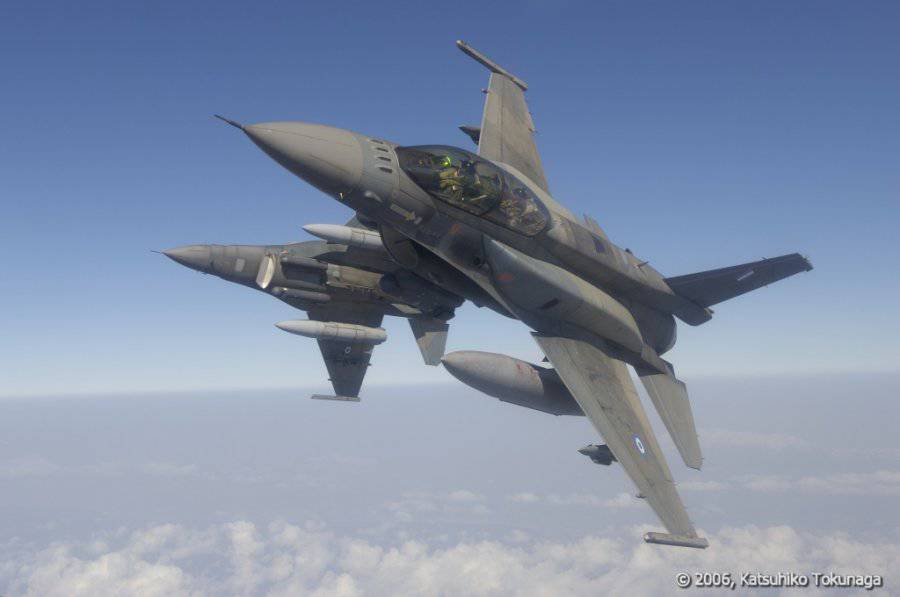 Washington rejected Taipei’s request to ship X-NUMX F-66 C / D fighters to Taiwan. As an alternative to the island nation, it was proposed to be content with American assistance in modernizing the military airplanes already available to the Taiwanese air force. Observers believe that China had a hand in disrupting the deal.

The US refused to sell X-NUMX F-66 C / D fighters to Taiwan. Washington voiced its decision to Taipei a few days ago during a meeting of representatives of the defense departments of the two states.

"We are very disappointed in the United States," the Defense News quoted the words of the representative of the Taiwanese Ministry of Defense.

As an alternative, the United States offered Taiwan assistance in upgrading the already existing 146 island fighter aircraft of the outdated model F16A / B.

In particular, the Pentagon expressed its readiness to supply the Taiwanese Air Force with an electronic AESA radar. A decision on this proposal is expected to be announced by Taipei by the end of August.

Taiwan, with 2007, asked the US to make a deal and replenish its armed forces with new fighters, explaining this need by the growth of China’s military power. The size of the contract in those days was supposed to be about 5 billion dollars.

A preliminary deal was reached in October 2008 during the administration of George W. Bush.

In response, the PRC, which has repeatedly criticized the United States for trying to arm Taiwan, which China considers its own province, interrupted the dialogue on defense issues with Washington until February 2009.

Late last year, Taiwan once again became a stumbling block in US-China relations after the US announced a deal to sell the island weapons total cost 6,4 billion dollars.

“The US grossly interferes in China’s foreign policy, putting the country's national security at serious risk. China is resolutely indignant, ”responded to the news in the Chinese Foreign Ministry.

The US State Department, on the contrary, said that the deal would guarantee the security and stability of Taiwan. "This is a clear demonstration of the intentions of the current administration to provide defensive weapons to Taiwan," said a spokesman for the agency, Philip Crowley, adding that such actions are consistent with US-China relations and maintain stability in the region.

Experts, commenting on the last decision of Washington, expressed confidence that China could still put pressure on the United States. In particular, the head of the Center for Military Forecasting of the Institute for Political and Military Analysis, Anatoly Tsyganok, recalled that earlier China had already threatened to withdraw money from the US economy. “China is the main buyer of American products on the world market. Therefore, China and the pressure on the United States. Americans in this situation have no choice: they will no longer support Taiwan, as before, ”Tsyganok told the LOOK newspaper.

The expert also added that this decision fits into the general policy of Washington to reduce the cost of the military-industrial complex by 10%.

Ctrl Enter
Noticed oshЫbku Highlight text and press. Ctrl + Enter
We are
Russia demonstrated the most promising weapons at INDO Defense-2014The global crisis and the “yellow threat” led to the arms race of the countries of the Asia-Pacific Region. Part of 3
Military Reviewin Yandex News
Military Reviewin Google News
9 comments
Information
Dear reader, to leave comments on the publication, you must to register.