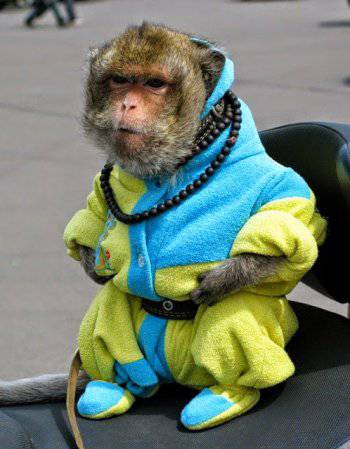 Today it is known that some field commanders, who became the mandate-bearers and safely “retreated” from personal participation in the ATO, hiding in the hall and toilets of the building under the dome, want to continue the war in a new place. And for starters, do not let those 64 colleagues into the hall, whom regular snitchers from the Česno movement, who feel they are losing production and fees, were accused of involvement in the adoption of the so-called дикт dictatorial laws of 16 January 2014 of the year ’. These are 12 laws on streamlining protest actions.

And, of course, to toughen responsibility for bestial and overtly hooligan behavior during the protests. If anyone has forgotten, then I remind you that it was in time. The coup d'état, launched in the fall of 2013, entered its final bloody stage in January. This is when the rebellious and disgruntled people slowly but surely on the Maidan began to replace the militants trained in the special camps and the idlers who joined them, who smelled blood and the possibility of impunity, but for money to fool around.

After all, this is only a romantic fool and a paid troll can claim that the power of Viktor Yanukovych overthrew the "people." Yes, the people, Kiev onlookers, youngsters, students and other assholes requiring changes, either at the behest of the heart or the then new fashion, really went out on the central square of Kiev and in sweet obstsikaniya nearby entrances merged with the crowds of the same rural Raguli loafers, which was important to break away from the "snickering Kyyans".

The curators of the coup since the “Orange Revolution-2004”, the results of which successfully slandered “the Messiah Maidan” Viktor Yushchenko, took into account this negative experience. And in addition to the crowds of peaceful protesters, several thousand militants prepared to overthrow the government by force weapons. Even the current head of the Security Service of Ukraine, Valentin Nalyvaychenko, who personally supervised the future Right Sector and its leader Dmitry Yarosh (today, they say, counselor Nalyvaychenko and people's deputy), was engaged in this, as we remember.

And when it became clear that Yanukovych, though he had crap from fear, would not leave the government voluntarily, they decided to replace the “people” with militants and go on assault. I repeat, thousands of other idlers and hooligans joined the camps prepared in the special camps. They created all these “right-wing sectors”, “Maidan’s self-defense”, “Narnia” and other evil spirits, which were brought in huge amounts of tires, Molotov cocktails, smoke bombs, bats, batons, holders from shovels, flares, explosives, etc. D. That is, the entire arsenal of the young terrorist, going to storm the authorities. And, of course, firearms. Simply snipers while only selected positions, in nearby buildings, to kill for sure and with impunity. This is the first.

And secondly, already at that time a “play in the long run” unfolded - a total discredit of law enforcement officers who were betrayed by everyone, even their immediate commanders, headed by Yanukovych, but remained loyal to the military oath and from the last forces held back as best they could this mad and frantic crowd from the smell of blood. Yes, the “Berkut” in the first days of the attack on their positions could have left a so-called “ryvolyutsyoneriv” in a matter of hours in a wet place. But he was not even given a weapon. Not to mention the order to defend ourselves as they were taught and how the situation dictated them. "Berkutovtsy" became "whipping boys."

Western curators knew what they were doing, discrediting law enforcement officers. Thus, they for a long time deprived the state of one of the most important institutions, which stands on the defense of law and order. There will be no such body - it is very easy to control the authorities, all these collaborators, who come to high offices after the coup. Here the current rulers came, and there are no law enforcement officers. But there are militants from all sorts of “self-defense battalions” and even the National Guard under, who are not subordinate to the authorities, but to the purses that contain them. And these wallets are different - from oligarchs to Western intelligence agencies, who need Ukraine submissive and on a silver platter.

But then, in January, an attempt was made to defend themselves. And laws were passed, which, according to, in particular, Wikipedia, stipulated that:
- the movement of vehicles more than five in a convoy, without the consent of the traffic police, in case of interference with traffic, entails administrative responsibility;

- it is prohibited to operate media without state registration;

- it is easier to attract deputies who have committed a crime to criminal liability;

- violation of the rules for holding meetings is punishable by a fine or imprisonment up to 10 days. Participation in demonstrations with the use of means that impede personal identification, the presence at a meeting with an open fire, pyrotechnics, weapons, gas cartridges, explosives, etc., was forbidden with means of a fine or arrest up to 15 days. A similar punishment was provided for installation without the permission of the stage of sound-amplifying equipment;

- imposes a penalty for non-compliance with legal requirements of the Security Service of Ukraine or obstruction of their actions;

- criminal liability for “extremist activity” - distribution and production of extremist materials (which call for a violent change of power, violation of territorial integrity, incite ethnic or religious enmity, etc.);

- criminal liability for defamation - fine, correctional work or restriction of liberty to 2 years (in the case of a knowingly false accusation of a felony crime);

- criminalized for blocking public buildings (up to 5 years);

- criminalization of the illegal collection and dissemination of information about a law enforcement officer and his relatives;

- criminal liability for unauthorized interference with the work of state information resources or the dissemination of secret information.

But all the same, nothing that would not exist in all democratic states that protect the rule of law on their territory, protect the power and lives of law enforcement officers, the Verkhovna Rada of January 16 did not accept. Simply, the concepts of “extremist activity” and “foreign agent” were introduced into Ukrainian legislation. And this, it seems, was most feared then, and now politicians and their attendants from the so-called “third sector” are afraid. That they would be called by their real name, and not covered by the stupid phrase "chromadak aktyvist." And they are all patriots and “Evuropeici”, and not corrupt collaborators, attendants and mercenaries who perform any other people's tasks, but not acting in the interests of the country and its people.

In the United States, as is well known, such a “chromadsk aktyvist” would not have lived a second in this sinful world for a second. If a policeman stopped him, and he didn’t obey in response and began fumbling in his pockets in search of a thunderbolt, he would have been shot like a dog, and the policeman would have been discharged for rescuing the public from the troublemaker and moron. I am wrong? Why then do not punish the police officer who in August of this year in Ferguson shot a black teenager who seemed suspicious to him and did not obey the order? Because the United States knows that the police officers who are on guard of the law must be defended, and not thrown into mud and “Molotov cocktails”.

A national guard was imposed on Ferguson and a curfew was imposed. Then, after the protesters opened fire on a police helicopter, despite the protests, a ban was imposed on flying at a height below 900 meters. And everything went into decline - “the revolution on the Maidan” did not happen. On August 19, the curfew was lifted in the city, but after that the unrest did not subside. During the riots, a 30 man was detained. The police used stun grenades and tear gas against the crowd. And when the demonstrators responded with "Molotov cocktails" and firearms, another black man was shot and killed by 20 in August in Ferguson. And everything resolved. Nobody punished the policeman: the investigation established that he and the teenager were face to face, and the deceased did not obey the request of the guardian of the law ...

But apparently, it is possible in the USA. But in Ukraine, which the Americans need to confront with Russia as an uncomplaining and submissive training ground and bridgehead, everything should be under control. And first of all - submissive and defenseless authorities.

Today, the Ukrainian post-coup power allegedly became legitimate, because the crucifix of the people's will passed. But she didn’t become stronger and able to fully perform her functions because of this - it wasn’t for this that she was “muddied” on the Maidan. But the unexpected happened: the danger of "rebellion on the ship." The fact is that in order to create the appearance of democracy and pluralism, the new Ukrainian parliament was graciously allowed the so-called “Opposition bloc” (ON) - people who mostly betrayed Yanukovych as they saved their hatys and statki abroad. For it from them, I hope, they will ask in heaven where they make up such moral falls ...

But there is another side to the coin: it’s not only those who went through the list that can be in this RL in the Rada. They can be joined by 53 people who have passed to the Rada in majoritarian districts. And these are all people, of course, “posipaky Yanukovych” and secret “hirelings of Putin”, but they are also experienced managers, competent managers, successful businessmen. That is, people who understand all the fatality and the utter futility of the course, which is being pushed by the current curators and customers.

These people can resist. And to do it in a well-reasoned and competent way, they are not bare Cossacks tea, they can read and write at least. And so that they were more submissive and obedient and not buzzing, and all this hype around “dictatorial laws” was invented. They have long been canceled - another 28 January 2014 of the year. But voting for them is a politically inclined vote for all disobedient deputies. A brush and a bludgeon in the hands of thugs who also have mandates in their pockets. Interesting promises to be events in the parliament toilets. This is where the real battle for the “orthodox democratic, patriotism” will unfold. Militants will pay, they will fight. And nothing else they can not do - you saw those faces. They are easy to train, but never - to tame and domesticate. There are simply no brain parts responsible for it ...