November 7, 2014
95
On November 7, 1941, a military parade in honor of the 24th anniversary of the Revolution was held on Red Square in the capital of the Union of Soviet Socialist Republics. The parade, which could not have taken place for obvious reasons: the enemy is only a few tens of kilometers from Moscow, rumors are circulating in the capital that Stalin, along with other leaders, left the capital a long time ago, and there are frequent cases of alarmism in the city. But the parade took place, and its significance for raising the morale of not only the soldiers of the Red Army, but also the civilian population of the country is simply enormous. 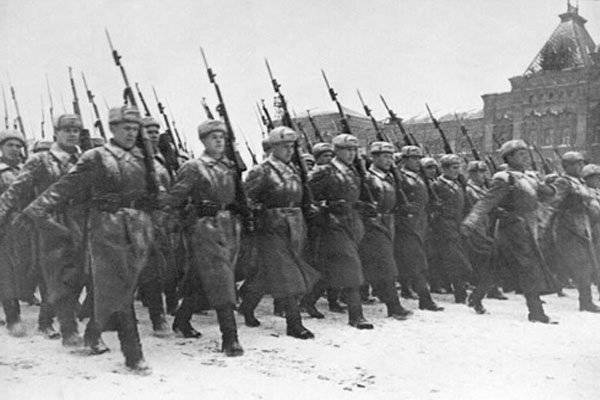 History Russia is rich in significant events. In all ages, heroism, the courage of the soldiers of Russia, the power and glory of the Russian weapons were an integral part of the greatness of the Russian state. In addition to military victories, there are events worthy of being immortalized in the people's memory.

November 7 - Day of the military parade on Red Square in Moscow to commemorate the twenty-fourth anniversary of the Great October Socialist Revolution (1941).

But the 32nd federal law itself can be considered quite revolutionary for its time. Perhaps, for the first time in several years, not only the name of the event that took place in the history of Russia in 1917 sounds officially and fully, but such a concept as "the glory of Russian arms" appears again in documents of state significance. For the Yeltsin era - the era of copying the features of Western "democracy" - the appearance of such terms at the level of federal legislation is a real event.

Skeptics of the appearance of such a law said that the authorities are trying to replace the revolutionary holiday with something else, which could offend several generations of those who managed to get used to November 7 as the day of the Great October Socialist Revolution. In fact, the emergence of such a law can be considered significant as a revision of the attitude of the Russian leadership to the Western "comrades". The fact is that the law appears at a time when there is a war in the North Caucasus, and when Russia's western partners in this war have taken an openly anti-Russian position. As one of the answers: the appearance in the calendar of the Days of Military Glory, as a reminder to everyone that at all times the power of Russian arms and Russian spirituality celebrated victories over the enemy, turning into dust his plans, despite the perception of Russia (USSR) by other states and governments ...

Thus, it is in 1995 that the day of November 7 becomes, as it were, a double holiday - it can be celebrated both by those citizens who see in this day an exclusively revolutionary message, and those for whom the parade that took place in Moscow in 1941 is much more important. And this is actually spelled out in the text of 32-FZ of March 1995.

Parade of the 41st ... Moscow is in a state of siege, the situation at the front is critical, there are not enough forces, and not all of the reserves managed to approach the city. But the country's leadership makes the only right decision: to raise the morale of the soldiers and the population of the capital, hold a parade, from which the Red Army units will go directly into battle.

Did the man who came up with the liberal cliché "soldiers sent to certain death" peer into the faces of the soldiers? No! They weren't going to die. They went forward to give battle and win this battle. They went to protect not only Moscow and its inhabitants, but the whole Fatherland.

Infantry, cavalry, Tanks, detachments of Moscow and Moscow region militias marched through the main square of the country in order to inflict a crushing blow on the enemy and dispel the myth of his invincibility. It was near Moscow that Hitler's troops suffered the first major defeat in their history, which not only instilled confidence in the representatives of the command of the Red Army and its fighters, but also became the initial link in the chain of defeat of the invaders. 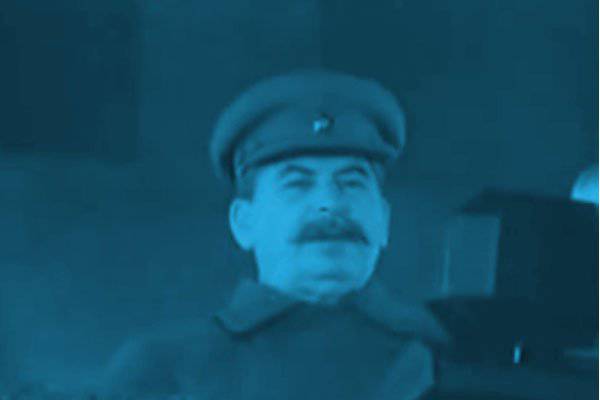 The enemy found himself at the gates of Leningrad and Moscow. The enemy counted on the fact that after the first blow our army would be scattered, our country would be brought to its knees, but the enemy miscalculated. Despite temporary setbacks, our army and our fleet heroically repel enemy attacks along the entire front, inflicting heavy damage on them. (...)

Remember 1918 (...) Three quarters of our country were then in the hands of foreign invaders: Ukraine, the Caucasus, Central Asia, the Urals, Siberia, the Far East were temporarily lost. We did not have allies, we did not have the Red Army, we were only creating it. There was not enough bread, not enough weapons, not enough uniforms. 14 states then pressed on us. But we did not lose heart, did not lose heart, during the war we organized the Red Army and turned our country into a military camp. A great time inspired us to fight against the invaders. And what? We defeated the invaders, reclaimed all the lost lands and achieved victory. (...)

Now we have the sympathy and support of all the peoples of Europe (...) We have a wonderful army, a wonderful fleet, we defend the freedom and independence of our Motherland. (…) Who can doubt that we can and must defeat the German invaders! The enemy is not as strong as some frightened intellectuals portray. The devil is not so terrible as he is painted. (...)

Comrades, Red Army men and Red Navy men, commanders and political workers, partisans and partisans! The whole world looks at you as a force capable of destroying the bandit hordes of German invaders! All the peoples of Europe, who have temporarily fallen under the yoke of German tyranny, look at you as their liberators! The great mission of liberation has fallen to your lot. Be worthy of this mission!

And today they are trying to erase this story, blot it out with dirty ink and desecrate the memory of those who made every effort to defend the Fatherland in one of the most critical episodes of its history. Our common Fatherland! Fatherland of Russians, Georgians, Jews, Ukrainians, Armenians, Tatars, Kazakhs, Azerbaijanis, Belarusians and many, many other peoples. They are trying to hypocritically equate the collaborationist scum, whose entire “heroism” consisted in the massacre of hundreds of thousands of civilians and in serving the interests of Nazism, to the heroism of the people who went to give battle to the German fascist invaders.

Under the banners of "European values" and under the slogans of "striving for democracy", fascism of a new generation has raised its head, which has grown from the seed of war criminals - shortcomings on the basis of the ideology of unlimited consumption and permissiveness.

It is today, perhaps more than ever in recent decades, that the parade on November 7, 1941, and the moral unity that it engendered by allowing it to strike, which became the beginning of the end for the enemy who encroached on the Russian land, is relevant.