Scandal in the USA: China received secrets of the Black Hawk from Pakistan 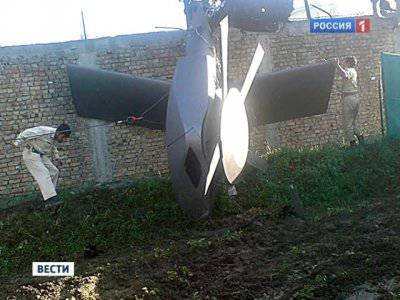 The secret development of the Pentagon fell into the hands of Chinese engineers. They got the wreckage of the newest helicopter, which was destroyed during the liquidation of Bin Laden in Pakistan. Washington asked not to allow anyone to the Black Hawk - the stealth helicopter. But in Islamabad they decided otherwise and transferred the wreckage to Beijing. History the helicopter forced political scientists to talk about the new alliance.


It looks like a loud international scandal. Official Islamabad, who, as you know, was unhappy that the Americans, without warning, carried out an operation to destroy bin Laden in Pakistan, silently, almost two and a half months later, demonstrates his offense to Washington. These very secret fragments, for the sake of which Senator John Kerry even came to Pakistan and supposedly agreed that they would be returned to their owner - the United States of America, in fact, was given to the Chinese.

“Immediately after the raid, we made it clear that no one should have access to the wreckage of the helicopter. High-ranking US officials told General Ashfak Kayani, the head of the Pakistani defense ministry, about this, but he simply did not listen to them,” a source close to the CIA said .

It is already known that the United States is considering options for responses to the actions of the Pakistani authorities. The Chinese did not just take a photo of the helicopter, but also partially transported its fragments to it.

“A source close to intelligence said that the information was based on intercepted negotiations in which representatives of Pakistan invited the Chinese to inspect the crash site. According to him, intelligence has no doubt that Chinese engineers had the opportunity to take samples of the fuselage with them,” writes the newspaper The New York Times.

This is a new secret modification of the helicopter "Black Hawk". Estimated cost - 60 million dollars. The car, according to experts, is very similar to the multi-purpose reconnaissance-attack helicopter "Comanche". But one thing: the new “Black Hawk” is distinguished by a special “stealth” coating, which hides the car from all radars.

Did not notice the helicopter and Pakistani air defense. And not at all, as it was considered to be immediately after the operation, that the radars track exclusively abroad with the eastern neighbor - India, and simply missed a potential threat from the west. The body of the American stealth helicopter is covered with a special radio-absorbing material.

Secret designs were able to minimize the noise from the screws. During the May special operation the helicopter “stealth” has problems. "Black Hawk", rescuing the fighters of the group "6", with difficulty, but planted. In order not to leave a secret helicopter on foreign territory, a special detachment blows it up. But it turns out that only the main body of the hull was destroyed, the tail survived. It seems that the Chinese are now working with him.

“It’s not clear why the fur seals didn’t blew the whole helicopter. But it’s hard to say how useful the information will be - after all, most of the helicopter was destroyed,” notes Financial Times.

However, Beijing has already demonstrated its abilities more than once. The new Chinese plane is very much like the fifth-generation American fighter Raptor. And after in June, the Chinese authorities officially confirmed the information that China built the first aircraft carrier, or rather, remade it from the old Soviet ship Varyag, there is no doubt: the Chinese will think up how best to use the wreckage of the Black Hawk Down.

We are in Yandex Zen
Secret submarine base for sale
9 comments
Information
Dear reader, to leave comments on the publication, you must to register.