Information security of Russia: a little about the daily

November 7, 2014
24
Information security has always been part of the national security of the state. The founders of the Soviet state understood this, but later the lessons were forgotten. The Baltic States and the Transcaucasus were the first separate information enclaves of the USSR, and it is not surprising that the first armed conflicts broke out there. When “Azerbaijan, Azerbaijan, Azerbaijan” or “Lithuania, Lithuania, Lithuania” goes almost daily from the TV, almost without mentioning the rest of the Union, the public has the impression that the republic already exists as if by itself. Formally, nothing is broken, and in fact the masses have the necessary sense of isolation. How it ended for the USSR, we know. 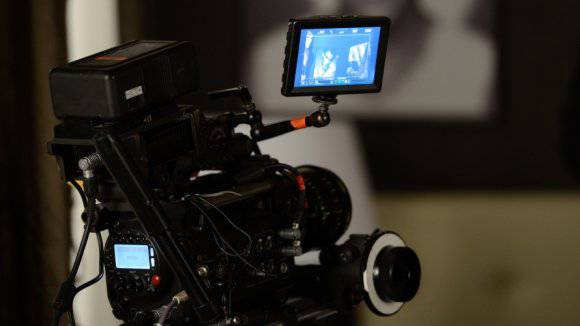 In Russia, the authorities are accustomed to building bridges only with elites, ignoring the masses and considering it is beneath their dignity to pay attention to them. The American method is working with the masses and with the elites. Whose work is better, we saw on the Maidan. While the Russian ambassador Zurabov reported to Moscow that “everything was fine” and “I decided everything with Yanukovych,” the emissaries of Berlin and Washington agreed with the most influential oligarchs, simultaneously processing the masses in the right way. The West did not disdain to work with public organizations or directly created them. Therefore, at the right moment, they already had a prepared and aggressive crowd for Maidan.

An attempt by Yanukovych to hastily assemble his Antimaydan completely failed. People who were brought by trains from the South-East to Kiev were motivated only by the reward promised to them, with which they were eventually deceived. These were mostly middle-aged citizens who, unlike young people, are not eager to climb the barricades, but are only ready to stand with placards. No clear ideology, unlike the Bandera, they did not have. And Yanukovych did not use moral authority even in the East.

Now the Kremlin is exactly repeating all the mistakes of Yanukovych. Moreover, he makes his own. Yes, the central media are fully controlled by the federal government (in contrast to the same Ukraine before Maidan), but their significance is not as great as ten, fifteen, or twenty years ago. The very quality of the television program fell. If there was competition between the channels fifteen years ago and they really fought for the viewer, taking out new items or the classics of cinema, as well as the most acute and resonant news social and political issues, now the TV has become ideologically correct, but boring. The first victims were the news, which turned into endless reports of victories, radically diverging from what the viewer saw in the reality surrounding him. Then, instead of American, Brazilian, Argentine, etc. films and TV series, domestic ones came in, the quality of which, as a rule, was at the level of the worst examples of amateur performance.

And the viewer began to leave. Leave it to the Internet, where there are completely different laws. First, young people, and then older people. Gone for the true news about what is happening in the country and the world. Gone for quality music from the domination of Pugacheva and Stas Mikhailov. Gone from popular prong series about "cops" and "soap" about milkmaids for vivid pictures and interesting stories. And who produces the brightest pictures? Right. Mostly USA.

The essence is quite simple: a person is psychologically arranged so that he wants to receive information. If there is no information in one place, it finds another. And what if mixed with the information he will be served and the necessary conclusions for someone?

The Russian state really really went online only after the protests of 2011-12 and immediately with a whole range of repressive measures. The worst option is to try to prohibit something, without offering anything analogous in return. For example, already existing laws on extremism were fully extended to the Internet. Similarly, the spread of child pornography. The adoption of the new laws was perceived by the public as an attempt, under noble slogans, to eliminate the free Internet in any of its manifestations (not necessarily at all political). As it turned out, the fears were not groundless. Excessively zealous performers began to impose a ban on access to torrent trackers, and even very harmless resources. Popular Russian news sites, search engines and social networks were overlaid by such rules that it became easier to bring servers outside of the Russian Federation, physically and legally. Although now they are trying to ban it. In aggregate, these “guardians” measures cause only irritation among the population and destroy the only branch in Russia that has developed at the level of the world's best analogues for two decades, often even exceeding them in some parameters. Neither has anything to do with strengthening national security, but undermines it very, very significantly. Such is Lysenkoism in a new way. The question on whom such “guardians” actually work (in fact, shaking the country) remains open.

Victory in the informational battle in your field is possible with a radical change in the approach to working with the public. We need a fundamentally different television, another cinema, and you need to choose according to the principle of professional suitability, and not ideological or all the more related. Good experience in this regard is available - this is the RT channel. Why not spread it inside Russia? On the Internet, work should be done more thinly, and the public here needs to be attracted by high-quality content, while at the same time introducing the necessary ideas. If the state can successfully compete in the battle for minds within the country, then it will be able to try to promote its “soft power” abroad.

Without this, destructive forces sponsored from abroad will gain strength both online and offline. Americans have long ago issued their information impact doctrine and successfully apply it. Whether the Russian Federation is able to seize the initiative here is a matter of the country's survival.