Ukraine under the "iron heel" 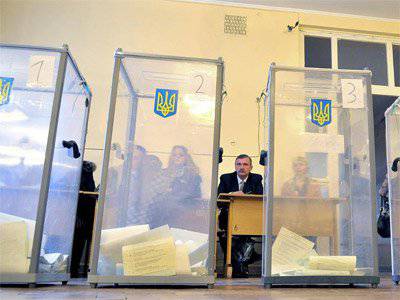 Jack London's famous novel was written over a hundred years ago - back in 1908. All the twentieth century, all the progressive forces of humanity somehow turned to this work of art, assessing this dystopia as unfulfilled, but, nevertheless, a very plausible forecast. The world of the "iron heel" for the whole tumultuous and ambiguous twentieth century did not take place - mankind had the strength to prevent an unprincipled and greedy oligarchy from indivisible and complete government. The balances of the power of the oligarchs in one way or another remained in the most odious oligarchic regimes of the twentieth century, forming a strong opposition to them within the countries captured by the oligarchs.

But the XXI century has come - and we saw firsthand the most terrible prophecies of Jack London.

“All this is true, but now the power is in our hands. With the power of this power we will hold power. If you stretch our hands to our wealth, we will tear them off. In the thunder of guns and machine guns you will hear our answer”

This is said by Jack London through the mouths of the tycoons of the oligarchs from the fictional world of the "iron heel" - but try this phrase on today's Ukraine - and you will not feel any dissonance. Everything about her, everything about her.

Power in the hands of the "iron heel"? Yes, it was the oligarchs and their appointees who finally formed the new Verkhovna Rada of Ukraine. One of the Ukrainian oligarchs - the president of Ukraine, the second - invisibly controls half of the parliament.

By the power of this power, will we hold power? Yes, it was only because of the thirst for final usurpation of power that all the actions of the last six months were taken: in the case of the slightest desire to preserve the country, it could not be plunged into the horrors of revolution, civil war and genocide, it was not necessary to carry the fascists and Nazi radicals.

Who can now challenge the power of the oligarchs, who can stretch their hands to their wealth? There are no such forces in Ukraine, all left-wing and socialist parties are finally trampled down and are either underground, or on the dusty edge of political life, under threat of a formal ban.
Thunder cannons and machine guns? Yes, it was he who was the background for the elections, their accompaniment and an integral part. The new rada is not only the delight of traitors and oligarchs, but also, first and foremost, the delight of murderers. The killers of their own people.

Today, some analysts and political observers are trying to find some positive points in the new composition of the Ukrainian Rada. Say, President Poroshenko lost the election, which means he is now weak and will have to look for allies. For example, in the face of Russia.

These are all just illusions. An ally of any oligarchy in any situation is only money. And the allies of the oligarchy in a crisis situation are money that needs to be protected, even if it is torn off the hands of ordinary people — and machine guns and guns that can tear these hands off. That is why we see such a touching misalliance in the current Verkhovna Rada: when the "cream" of society and the glamorous "secular lionesses" pose next to the fascists in headdresses, who yesterday were petty crooks, outcasts, and even outright criminals.

There is no need to experience any illusions - there is nothing to agree with the adepts of the "iron heel". If someone from the Russian authorities believes that now there will be some internal discord among the Ukrainian elites, which can be used for a kind of "cunning maneuver" between their interests, then he is deeply mistaken.

The last elections in the Rada formed the last Verkhovna Rada in Ukraine. Rada of murderers, which unleash an endless and pointless war with Russia.

That is exactly what happened in the world of the "iron heel" - after stripping all the internal opposition forces to oligarchs, the country they led embroiled in a world war. For it was in the “thunder of cannons and machine guns” that the oligarchy saw the very only chance that could protect their interests and their power. Which should protect their power.

What will we see in reality, and not in the fictional world of London’s “iron heel”? Will Ukraine rush into a suicidal rush into an open, “hot” war with Russia - or will the emerging Novorossia, that same alternative to oligarchic Ukraine, become its victim? Let's try to imagine possible scenarios of a probable future.

Yes, of course, in the open war of Ukraine and Russia - Ukraine is doomed to a quick and inglorious defeat. But for me, as a person who grew up in the country where Russia and Ukraine were one, it is terrible to write the previous phrase.

The Ukrainian oligarchs, in a vain attempt to protect their criminal money, encroached on those values ​​that can not be measured in money - they stained the blood of the joint history, the common path that has linked Russia and Ukraine for a thousand years now. The path that led both peoples to their common Temple, to the metaphysical city on the hill that was built by their joint efforts for so long. The path that has not been clouded by any quarrel for four centuries.

The oligarchs pushed two fraternal peoples with their heads together - and in the thunder of guns and machine guns they are trying to save themselves and their money. Money that does not even cost one innocently ruined life.

Today, the modern followers of the world of "iron heel" is already smarter and more sophisticated in their actions. The guns and machine guns that rumble, without ceasing, in the Donbas, which rebelled against the "iron heel", are just a solo part in the war orchestra.

The false propaganda of the "iron heel" is in full swing, zombies the population and shows it a distorted picture in a crooked mirror of the tattered facts. In Ukrainian schools and universities, there is an unhurried, daily, but from this no less destructive work on the formation of "citizens of the new sort", true "Ukrainians", who sincerely believe that Russia is the eternal enemy of a small but proud Ukraine. And everything Russian, Russian, Soviet is nothing more than a hassle that should be dispelled under the radiant rays of "a single nation, a single country" and, perhaps, a "single Fuhrer."

However, today it’s not at all necessary to personalize the idea of ​​the “leader of the nation” - if you wish, the same false propaganda in the media blinds out the necessary human material from the Fuhrer in just six months - it’s enough to give him the right image makers, political consultants, stylists - and run everywhere and everywhere in prime -time across all national, single Ukrainian channels. At the same time mercilessly censoring all other points of view, and uncontrolled censorship, for example - Russian channels - simply turning it off for contrived reasons.

Modern war is fought for brains and for meanings. If we have not yet seen the "Slavic martyrs", it is only because until now the canonical Orthodoxy has preserved Russia, and Russia in every possible way has protected its Orthodox core.

This is another invisible front of the modern war for Ukraine, a war with the world of the “iron heel” adherents.

We all have already seen sermons about the war with the "Muscovites" that sounded from the Maidan. Maidan was nourished by not Orthodox priests, not representatives of true Orthodoxy, for whom appeals to a fratricidal, purposeless war for the sake of war are a grave sin. All those aggressive cults called for the murder of “moskaley” that, like toadstools after rain, have grown on Ukrainian soil over the past quarter century.

And this is one of the possible future prospects for Ukraine - a meaningless, terrorist war against Russia, undermining the forces of Russia itself and at the same time destroying Ukraine. After all, the "iron heel" uninteresting human life - it needs to maintain its power. And if at the same time, someone tore off their arms or legs - well, these are just “necessary expenses” in the way of protecting their own power, which is the source of power.

This terrible Ouroboros, this infernal evil snake biting its tail, is the weak point of the modern “iron heel”. Modern to us Ukraine - is finally non-Russia. It is still inhabited by fraternal and native people, but the inexorable course of history and the evil force, step by step, turn them into enemies of Russia and all Russian. But Ukraine is not Germany. That same Germany from the time of the Third Reich, which just as senselessly and purposelessly burned itself in the hellish flames of World War II.

Ukraine will not survive a long race. Ukraine is not a stayer, but a sprinter who has already burned in the madness of the civil war most of the modest resources that she still had from the time of the USSR.

And it is Russia today that holds the future of Ukraine in its hands. It depends on the will of Russia to fight - whether the regime of the “iron heel” in Ukraine will get stronger day after day to receive help from Russia - or will it be in conditions of complete isolation, deprived not only of help from the West, but also cut off from constant, direct and visible until the present moment help from Russia.

Ukrainian disease today is not treated with aspirin-febrifuge. Despite the fact that Novorossia is today in total economic, political and even energy blockade by Ukraine, despite the fact that Ukraine threatens to finally crush the rebellious Donbass, blackmailing Russia with this - Russia's choice is simple.

You can not feed your own enemy, even if he holds your blood relative hostage. The enemy will get stronger, gather strength - and hit back. Hit terribly, meanly and with all the accumulated forces. And the hostage - he still kill. Because he is the enemy.

Russia should help the New Russia. Not because it is “profitable” - here the question is not money and not power. New Russia should live its first, most difficult winter - and stand in opposition to the world of the "iron heel", which is heavily molded on the rest of Ukraine. But helping the killer-iron-kickers who crushed Ukraine under them is a crime from Russia. Yes, the mass of ordinary people in the territory in fact occupied by the "iron heel" of Ukraine will also suffer this winter. But - it is cold and hunger that can tip the scales on the side of victory over the "iron heel."

Unfortunately, sometimes “the worse the better” becomes a tough, but extremely accurate sentence.

Otherwise, tomorrow Russia will receive a frankly Russophobic, fascist state at its borders and real, rather than fictional, “Slav shakhids” will blow up metro stations during peak hours in Moscow.

If the "iron heel" does not stop - it will reach us.