How does the A-60 and other combat lasers in Russia 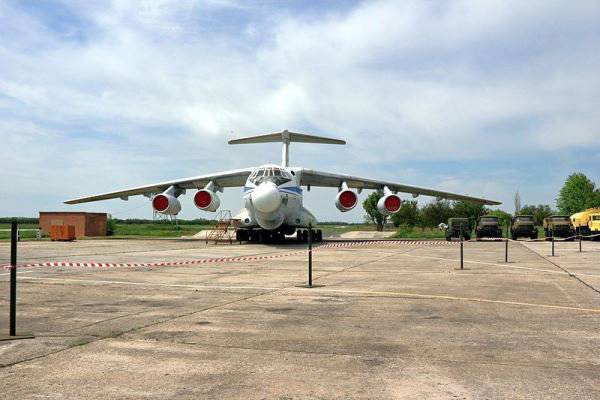 The potential of using laser in military developments cannot be overestimated. it weapon future, and the nearest. Therefore, the adoption of such systems should be a priority for a state that considers itself strong. How were things with such projects in the USSR and Russia, tried to understand the "Rossiyskaya Gazeta".

The use of high-power lasers has occupied the minds of the Soviet military since the 1960s. Therefore, it is not surprising that the best scientists of the USSR fought against this problem. In 1964, the Nobel laureate in physics Nikolai Basov is taken to create the most powerful laser called "Terra-3". By the beginning of the 70-ies, the device from the laboratories moved to the landfill near Lake Balkhash and successfully passed almost all the tests. For example, in the presence of the USSR Minister of Defense Marshal Grechko, the Terra-3 falls from an impressive distance into a five-kopeck coin.

It was thought that the project had a bright future, but it turned out that it was not possible to realize the full potential of the device with the current power generators. Yes, the Terra-3 was able to shoot down small satellites, but she could not shoot a ballistic missile.

In the middle of 1990, the project faced new problems, this time financial ones. After several years, the activity of perspective development was curtailed, technologies were classified and left in Russia, and all property was transferred to Kazakhstan, on whose territory and work was carried out.

Almost simultaneously with the start of work on Terra-3, the related project Omega, which was supervised by Mikhail Prokhorov, also a Nobel winner in physics, a colleague of Basov, started.

By 1973, the giant device was assembled. At that time it was absolutely unique and advanced: a special laser locator, a huge lens with a neodymium coating. The installation was able to semi-automatically find a target in the air, evaluate and identify it, but most importantly - the defeat of the target — she, like her colleague Terra-3, lacked strength. Almost immediately, the laser was replaced by a fast-flowing carbon dioxide, which had much greater power and this gave a result.

In all subsequent tests, the Omega easily hit the imitations of the enemy’s missiles and aircraft, but with all the obvious advantages, it did not have any visible superiority over the traditional proven anti-aircraft missile systems, all the more the cost of each Omega-like mobile unit was disproportionately higher than the air defense system. Financing of the project was reduced, then completely closed, but the used developments brought invaluable benefit to further projects of laser weapons.

Regardless of the projects of stationary and fixed laser systems, there was a program of autonomous systems, called the “Powerful Power Plants”. One of these lasers was equipped with a special experienced ship "Dikson", which according to all documents was held by an ordinary logging truck of impressive size. All work on the restructuring of the ship and installation of the laser were entrusted to the design bureau "Nevskoe", the project itself was named "Theme" Aydar ".

It turned out that rebuilding the ship for the needs of the military is not such an easy task. The laser required colossal power in 50 megawatts, which could not be given to the tanker’s power plants. Then it was decided to install three additional jet engines from the Tu-154 aircraft. Hydrogen, which would inevitably appear due to the operation of the installation, was also not included in the plans of the developers; to solve this problem, the entire ship was literally “requested” by ventilation. To adjust the copper reflector of the laser beam, a state-of-the-art computer was built, which automatically corrected aiming at the target. The whole project cost the treasury a few hundred million rubles!

In the summer of 1980, the laser fired its first shot at a conditional target. It turned out to be accurate, but too weak - only 5 percent of the declared power. It did not take long to puzzle over this: it turned out that power was lost due to evaporation of moisture from the surface of the sea.

A few years earlier, the USSR Ministry of Defense had been puzzled by the development of a project of a spacecraft capable of shooting down enemy missiles and satellites with its laser. Technology, allowing at the time to carry out his plan, has not yet been. Now, when the practical utility of the laser gun was obvious, the military once again set the task of bringing a powerful laser into space. To create it, and were taken device operating time on the ship "Dikson".

15 May 1987, the Polyus spacecraft (Skiff-DM) was launched from the Baikonur launch site. And less than in 10 minutes his hot splinters fell into the Pacific Ocean, it seemed, burying the entire laser program of the Soviet Union.

Fortunately, the program is not completely closed. It was simply transferred from the spacecraft to the aircraft. The A-60 is the crown of the development of the laser program and the first Soviet, and then the Russian, flying laboratory, created on the basis of the Il-76MD military transport aircraft. The Skif-D laser setup, which this flying laboratory possesses, is a lightweight and modified version of the Skif-DM, which has not been put into orbit.

Naturally, the design of IL-76MD had to be greatly changed for the needs of the program. There is a laser pointing in front of it, there is a special “build-up” with sliding doors on the roof of the aircraft, inside the aircraft there is a main laser. This was done to ensure that the ship does not lose its aerodynamics.

The crisis of the early nineties forced the use of a unique laboratory as an ordinary cargo plane. But since 2005, the ship is again undergoing tests, now in the framework of the new classified program "Falcon-Echelon". In 2009, the laser beam launched from A-60 successfully hit a conventional target flying 1500 kilometers above the ground. In addition to space objects, a flying laser laboratory is capable of hitting low-flying aerial targets, such as airplanes and conventional enemy ballistic missiles.

The resumption of A-60 flights is not accidental; laser weapons appear to be the most promising vector for the development of missile defense systems. A dozen of these flying laboratories in the future will be an important factor in deterring missile weapons and reconnaissance satellites of a possible enemy.