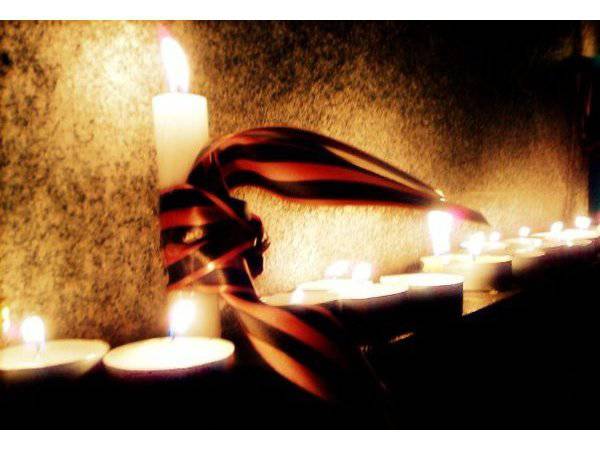 What is war? War is the destruction of everything and everything. Civil war is a war in a square, a war in a cube, a war, in one way or another - “all against all”, on which fault lines fancifully run over human fates and single families until then.

The civil war that we see firsthand in Ukraine is by no means an exception to this “rule of war”. I already wrote about the “war of attrition” between Novorossia and Ukraine.

The notorious Minsk agreements have left from the nascent Novorossia “stumps” of two under-governments and stopped the war of attrition for both sides — for Novorossia and for Ukraine.

But at the same time, neither side achieved a final victory in the war. What awaits us next?

As I wrote in my series of articles on social dynamics in the old blog, entropy only grows in a closed system. Ukraine and Novorossia now have a lot of problems with external energy supply (a gas agreement with Russia is no more than “some soft straw so as not to fall”), and a critical mass of “people with guns”, who are completely unwilling, sets the measure of internal disorder forget about from the very end this gun shoots.

As one local man with a gun told me - “peaceful life in the ass - if only zinc with cartridges did not end, and if only I reached my native city”.

And such people across the country - we already have 100 000 people.

Enough PR and political technologies - these people with weapons today it is already deeply parallel to Poroshenko and Plotnitsky, to the communists and to monarchists, to the recently elected People’s Council or to the new Verkhovna Rada.

They could have very different ideological prerequisites for entering into conflict, but today, at the present stage of the civil war plot, no one from the opposite camp can say which of the Colorado monarchist, Russian nationalist or communist, and which of the Dill Bandera, single Ukrainian or just a fascist.

The civil conflict, having reached the stage of civil war, reached its climax when “the enemy was there, beyond the river” —but he was right there, in a purely political-technological way, stopped.

But - people with guns have not gone away. As political activists from both sides did not share, the volunteers did not die and the soldiers of the information front did not stop writing.

The accumulated, but not consumed energy of both sides of the conflict is looking for a way out. And, most likely, soon she will find her way out.

And, strictly according to the classics of the growth of entropic processes in closed systems - due to the impossibility of maintaining a conflict between the “dill” and the “Colorado” - both sides will start a war already inside their own camps.

The virtual wall, which divided the two parts of one, formerly united country, will extinguish this energy of struggle in every possible way, while the internal, purely destructive processes will undermine the structure of society in Novorossiya and in Ukraine - from the inside.

The “rope pulling” model will start working again inside each of the parties to the conflict.

And here it will be affected by the unpleasant fact that the modern territory of Novorossia is no more than “stumps” from the two most eastern regions of the former Ukraine, and even undermined by the semi-annual war and the already beginning economic and energy blockade from Ukraine.

As I wrote, the configuration of Novorossia as of "now" is absolutely unsuccessful. And to sign the world in such a configuration was pure suicide for Novorossia, even if stretched in time.

“Once again, in the current configuration, pressed to Russia and deprived of access to the sea, in a situation when the main cities of Novorossia are under constant artillery and mortar fire, Novorossia loses the exhaustion fight.

The vital task that solves the question of survival is for her to ensure tranquility and rear life in the main cities of Donetsk-Lugansk agglomeration - Donetsk, Gorlovka, Lugansk. This task can be solved from a purely military point of view only as a result of reaching certain natural defensive lines - in the clean steppe near Donetsk it will be impossible to organize any kind of solid defense.

New Russia needs a seaport for its subsequent survival, and therefore, sooner or later, it needs to free and secure Mariupol, resolve the issue with Berdyansk and Genichesky, eliminating them as bases for deploying the Navy of the united Ukraine, which, of course, will try to ensure the Mariupol naval blockade obstruct shipping from this port.

New Russia needs the Dnieper as a natural water barrier - two bridges in Kherson, a dam in New Kakhovka, a shallow Karkinitsky Bay - in the south of New Russia, in historical Northern Tavria, it’s easy to organize a strategic defense. ”

What do we have in hand as of today?

We have everything exactly the same as September 1 - and the inept and short-sighted manipulations of the republics, carried out from Moscow, only aggravated the situation.

Due to the fact that a large number of people in the real militia of Novorossia come from Kharkov, Odessa, Zaporozhye or Dnepropetrovsk - their own homes and destinies are sacrificed to some virtual political technology construct with the vague name "LC".

Thus, the people who yesterday defended the LC and the DPR as the beginnings of the future Novorossia, the people who did it with arms are suddenly criminals, even in the eyes of the “people's republics” themselves.

Indeed, until now, against the background of the six-month sitting of parliaments and the discussion of “very important” issues (for example, the “Law on Smoking and the Trade in Tobacco Products” was discussed in the last month), the basic laws that would protect the militia inside the rescued It is through the efforts of the militia of the republics.

With minimal political will, one could adopt them in the form of decrees (martial law laws, which very schematically organize the principles of future lawmaking) and give people a future solution to their problems and a reasonable hope for a better future.

In the meantime, people are given a kind of "staffing of the LC police" on 200 individuals - despite the fact that the squad that receives this shkatu consists of 1500 people, of whom at least 750 - actually sit on the front lines in the trenches or freeze at roadblocks.

Therefore, such a “policy” of the new authorities of the LNR, if I may say so, is called “the drain” by anyone else.

Where should the militia go in this case? The logical answer is that the militia will have to go to the Lugansk administration sooner or later.

An internal explosion inside the republics is very likely. The militia (in the sum of the two republics) now has more 30 000 bayonets.

And if the militia is rather difficult to stand alone against the regular army (here “vacationers” of Publisher Quintilian of the North help them in every way), then as part of the confrontation with the police, suddenly LNR can break the militia “through the knee” - it’s not good for the formed policeman forces LC or DNI.

In addition, we must understand that the credit of trust issued by the people of the LC and the DNI is also not unlimited.

The situation on the ground is very specific. On the one hand, the formal “formation” of a new civilian power is underway, but on the other hand, all the inertial processes of its decomposition are proceeding at the fastest possible pace.

I don’t know what Moscow’s “cunning plan” for personnel building is, but the situation on the ground looks very simple: many local officials have joined the fascinating game called “we depict and declare to the curators one thing, but in fact we are doing something completely different”.

In this case, the militia catastrophically quickly "eats" the local economy. This is generally the specifics of all armed formations - they do little in the economy, but in the war. The problems of civilians worry them already in the third place, after they have fed on their personnel and at least several cigarettes per day have been issued to them. And, of course, solved the issue with zinc ammunition.

Yes, some business in the republics, if the situation will roll by inertia, will still remain by spring. Women will be even more affordable than they are now, and opium poppy will definitely be planted. There will be smuggling and will be scrap metal.

Well and still – people will be stolen and kept on local cellars on fabricated charges – the benefit bodies of a consequence and inquiries here are utterly simplified. I think the field commanders will be able to hold on for another period of time on all this.

And what is the central government doing at this time to run the economy? Never mind. Many officials from the Plotnitsky government are more concerned with “fast” money than normal investment or even elementary launching of existing enterprises. And there will be no investment in something serious in the people's republics while they are at war with Ukraine - or an economic blockade.

And this means that the plants will be cut out and taken out for scrap, and people will be thrown out onto the street. Well, business will look at the examples of its less successful neighbors - and it will turn all its entire production and take out: who to Russia, and who to Ukraine.

Well, warlords even provide security for convoys with equipment. For braised meat, cigarettes, zinc with cartridges. And this is more important than the CNC machine, which is exported from here, paying a "revolutionary tax."

The issue of the budget sphere has not been resolved. Doctors, teachers, social workers - while sitting without salaries. After a month or two (exactly to the tree), any Ukrainian propogandon will unwind the local disgruntled people to a meaningless riot in five minutes.

Who will stop the rebels then, by the New Year?

The militias? They will be in the forefront of the rebels.

Vacationers Publius Quintillian North? I think not - they have other tasks. The court troops of the LC? So the crowd will go to demolish the local government already immediately armed, and the militia snipers will immediately sit on the roofs of nearby houses.

Who will shoot at people, rise the people here the day after tomorrow?

"Bekrut" because there is no longer here either, people will immediately get wet to defeat. A topla will shoot back, by the way.

Yes, some may jump to New Russia, pose against the background of the old tank or take a photo of “peaceful Krasnodon” from the window of your car or scream aimlessly in a cozy blazik that “New Russia is to be,” but it’s impossible to remain silent about the mass of catastrophic problems that are now growing in the republics.

And, of course, you need to wait for the Ukraine-Ruin "to come on its own." Who would argue. Only here, in Novorossia, there are some problems, and, due to the small size of the current stump, on which “Novorossiya will still be,” it can happen much faster than in the sleeping areas of Ukraine.

So sorry, but we have very little time.

Otherwise, tomorrow it will still be necessary to shoot again at the insurgent people. In the people of New Russia.

And this will be the end of all that the mass of people sincerely believing in the new world and in the New Russia has been doing all last year.