The terrorist act in Saudi Arabia

November 5, 2014
57
On the eve of Saudi Arabia, an act of terrorism was committed, as a result of which eight people died, seven more were injured of varying degrees of severity. The terrorists attacked a group of ordinary citizens in the province of Al-Ahs (east of the country), firing indiscriminately. The agency reports to Reuters. 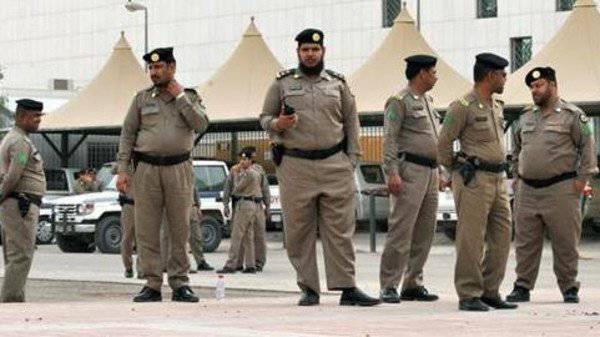 Policemen arrived at the scene of the tragedy and organized a pursuit of attacking civilians. During the chase, two Saudi policemen were killed, and two others were seriously injured.

Reportedly, after this, representatives of the security forces of Saudi Arabia launched a full-scale operation to search and arrest the criminals. According to the latest data, six people were detained, two were killed. The detainees are suspected of involvement in a terrorist attack and the killing of police officers.

According to to Reuters, terrorist action in Saudi Arabia may be associated with the closure of the channel Wesal TV, which official authorities recognized inciting religious hatred. In addition, the country noted the incitement of conflict between the Sunni majority and Shiites, the number of which in the country is no more than 8%. The attack took place precisely in the province where Saudi Shiites live compactly.

His assessment of the events in Saudi Arabia presented Russian Foreign Minister:

Moscow strongly condemns the atrocities committed by terrorists, as a result of which innocent citizens, as well as representatives of law enforcement agencies of Saudi Arabia, were injured. We express our sincere condolences to the families of the victims, we wish a speedy recovery to the injured.
We reaffirm the need to put up a reliable barrier to the actions of destructive forces trying to sow the seeds of discord on inter-religious and inter-ethnic soil among the population of various states of the Middle East, including Iraq, Syria, Lebanon, Yemen and KSA, and thereby further exacerbate the situation in the region.
Ctrl Enter
Noticed oshЫbku Highlight text and press. Ctrl + Enter
Military Reviewin Yandex News
Military Reviewin Yandex Zen
57 comments
Ad