November 5, 2014
7
October 27 in France opened the international exhibition Euronaval 2014. During the five days of this event, manufacturers of various weapons and equipment demonstrated their new developments, and potential customers got to know them. 370 organizations from 117 countries, including several Russian enterprises, presented their products at the exhibition. Rosoboronexport and 19 of domestic defense organizations in France showed a large number of already well-known and new developments. Russian organizations presented their projects in France 178. Visitors to the exhibition had the opportunity to get acquainted with the layouts and promotional materials. 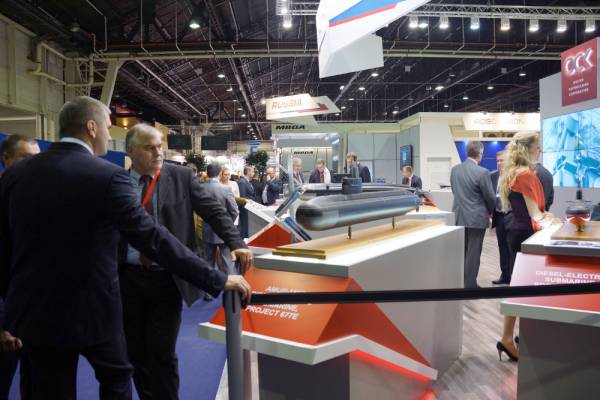 Several new projects were presented by the Almaz Central Marine Design Bureau. So, in the project of the patrol boat "Sobol" original technical solutions are provided, allowing the ship to move at speeds up to 52 nodes and not be afraid of excitement. The secret of the project is a special mechanized bottom, created using a number of technologies borrowed from the aircraft industry. The proposed solutions allow the boat to move at high speed without suffering from shaking as the speed increases, due to which the load on the structure increases dramatically. It is proposed to equip the Sobol boats with various weapons, which will allow them to maximize their potential in the pursuit and interception of suspicious vessels.

Another reason for Almaz TsMKB’s pride is the T20382 corvette project, which is an export version of project 20380. To date, the Russian Navy has received four project 20380 corvettes, four more will be built and transferred the fleet over the next few years. Now the export version of the corvettes is offered to potential customers. Ships with a total displacement of more than 2200 tons carry a complex of artillery and missile weapons, which allows attacking air, surface and underwater targets. The main striking means of the Tiger corvettes are the anti-ship missiles Uranus. According to some reports, at the request of the customer, the corvettes can be equipped with "Yakhont" or "Caliber" missile systems. 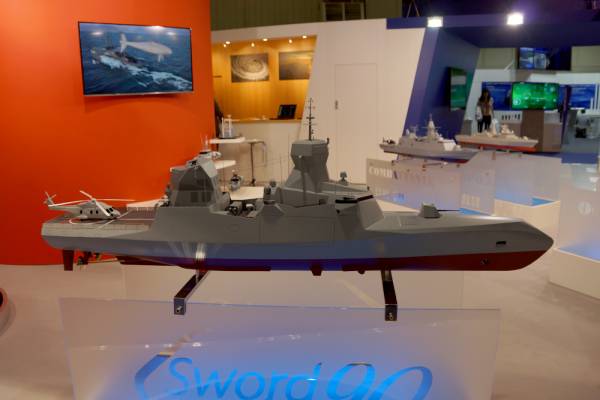 Almaz Central Securities and Design Bureau once again demonstrated the mock-up of an 12061 Murena airborne assault boat. These boats are capable of speeds up to 55 nodes and carry a payload weighing just under 50 tons. For self-defense, it is proposed to equip boats with two AK-306 artillery mounts and AGS-17 grenade launchers. A modernized version of the project called "Murena-M" is being developed taking into account the use of such boats on amphibious ships of the type Mistral.

In the context of recent events in the Baltic Sea, small submarines Malakhit have attracted great interest among visitors to the Euronaval-2014 exhibition. In the mid-eighties, the experts of this organization created the project Piranha, a small submarine 865. Two such submarines were in service until the end of the nineties. Specialists SPMBM "Malachite" created a new project small submarine "Piranha-T." These submarines are supposed to be built using modern equipment and components. Boats with a displacement of less than 250 tons have a crew of five and must carry several types of torpedoes or missiles.

Rubin Central Design Bureau continues to acquaint potential customers with the Amur-1650 diesel-electric submarine project. This project was created on the basis of the 677 project proposed by the Russian fleet. Amur-1650 submarines should be armed with torpedoes and missiles. The latter are located in their own vertical launchers in the middle part of the submarine hull. The promotion of the 636 “Varshavyanka” submarines on the international market is also continuing. Six submarines of this type are planned to be built for the Black Sea Fleet of Russia, another fifteen submarines were transferred to foreign customers. Construction of "Varshavyanok" for Russia and foreign countries continues. 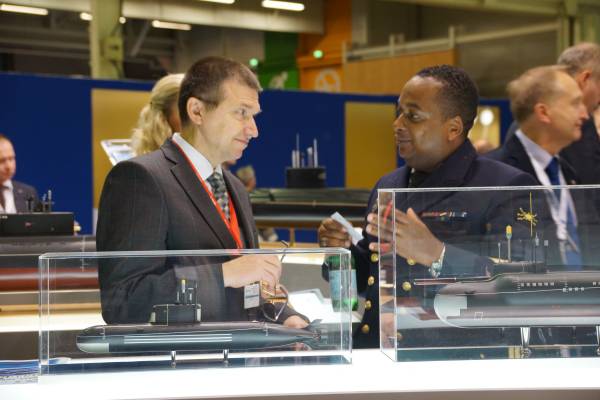 Russian defense enterprises presented at the Euronaval-2014 exhibition several already well-known specialists in artillery and anti-aircraft systems. For example, the Petrel Research Institute has brought to the exhibition promotional materials on the A-190 and A-220M naval artillery installations. In addition, on the stands of Russian enterprises were presented anti-aircraft missile systems "Palma", "Gibka", etc.

For obvious reasons, it is impossible to talk about the results of the last exhibition. Potential customers of Russian products, who received the opportunity to get acquainted with it during the French exhibition, have not yet decided on their desires and requirements, and therefore are not yet ready to negotiate supply. Nevertheless, as always happens after international exhibitions, the first messages about the contracts planned for signing may appear in the very near future.