October 31 2014
24
The Pacific is strategically important for several states. In the foreseeable future, it may become an arena for the confrontation between China and the United States, as well as their allies. In particular, the situation in the Pacific seriously affects the strategic position and security of Japan. In recent years, this island nation is engaged in the implementation of a number of plans related to increasing the combat effectiveness of its Self-Defense Forces. The geographical position of the state makes the Japanese military leaders pay great attention to the naval forces of self-defense. In the near future, this structure should receive a large number of new equipment of various classes.

The development of Japan's naval self-defense forces in the coming years will be carried out by three methods, implying the supply of new equipment. The first direction of development is the construction of new helicopter destroyers. The second is the further construction of submarines under the updated Soryu project. Third - equipment fleet new destroyers with a combat information management system (CIUS) Aegis. In addition, it is planned to update the marine Aviation and other techniques of naval self-defense forces. All of this is expected to increase the potential of the Japanese Self-Defense Forces at sea.

Auxiliary measures in the development of the sea self-defense forces are plans to purchase a certain number of anti-submarine airplanes and helicopters. According to the Defense News portal, the Japanese military department intends to upgrade the fleet of anti-submarine helicopters SH-60K for several years. In addition, Kawasaki must build and transfer military 20 P-1 patrol aircraft to the military, which will replace the outdated P-3C. 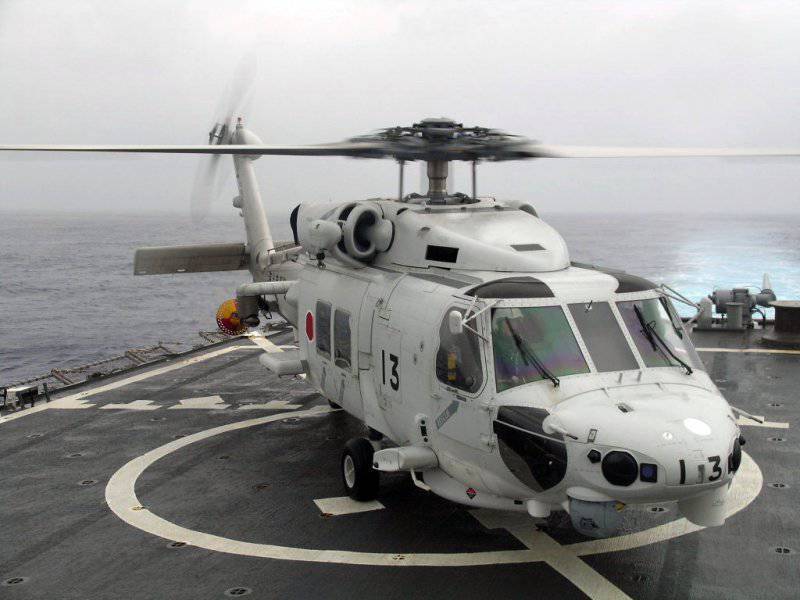 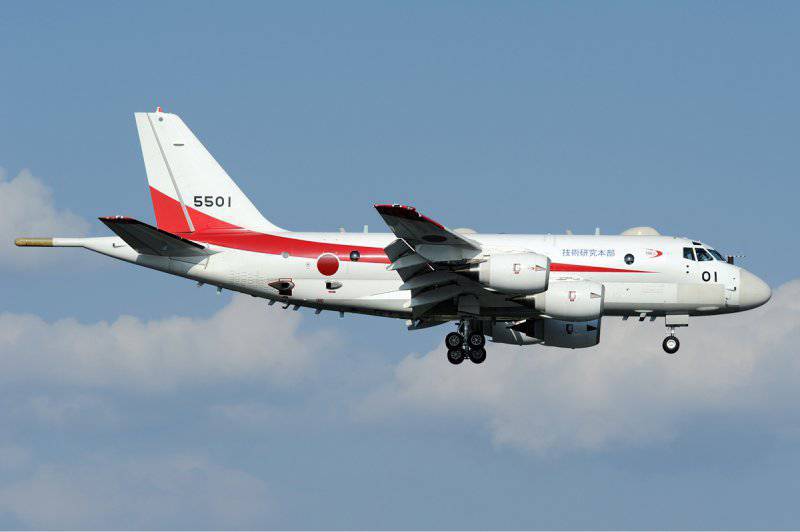 However, the focus will be on the construction of surface ships and submarines. The corresponding defense spending will be envisaged for these purposes in the defense budgets of the future. All these measures are aimed at creating a powerful naval "shield" that can repel an attack from third countries. At the same time, Japan will continue to cooperate with the United States, which will create an integrated defense system. In this case, the Japanese naval self-defense forces will perform the functions of protection, and the strike role will fall on the ships of the United States Navy.

In recent years, Japanese naval shipbuilding sets record after record. In March 2009, the destroyer-helicopter carrier "Hyuga" of the project of the same name was included in the naval self-defense forces. Two years later, his sistership “Ise” entered service. These ships are equipped with rocket and artillery anti-aircraft weapons, as well as anti-submarine systems. Helicopter destroyers with a total displacement of 18000 tons (normal less than 14000 tons) are capable of transporting up to 11 helicopters and ensure their combat operations. Officially, the task of the ships of the type "Hyuga" is the implementation of anti-submarine defense. Currently, these helicopter destroyers are the largest warships in Japan since the Second World War. 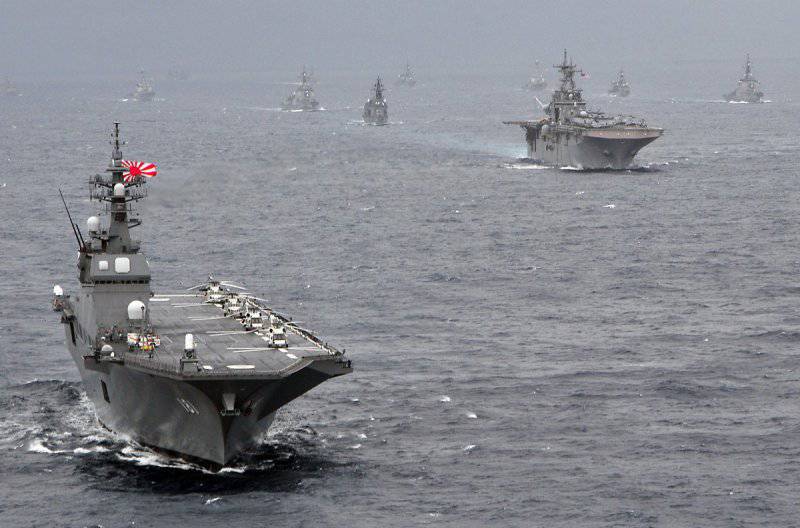 In August last year, the Izumo type head destroyer was launched. The ship with a total displacement of 27000 tons is planned to be commissioned in the spring of next year. According to reports, the Izumo can carry up to 28 helicopters. The normal composition of the aviation group - 15 helicopters for various purposes. It is planned to build two destroyers-helicopter carrier of the new project. After the start of the service, the Izumo helicopter destroyer will receive the unofficial title of Japan’s largest self-defense force in the post-war period. 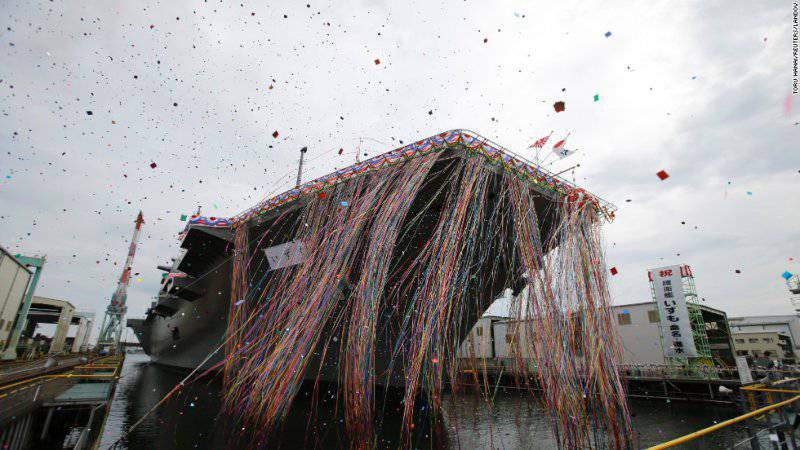 It is expected that the large size of the ships of the new type will allow them to accommodate a relatively large aviation group and a greater number of various equipment and weapons. All this should affect their anti-submarine capabilities. In addition, ships of the "Izumo" type can be used as the flagship of the naval self-defense forces.

In the foreseeable future, Japan will continue to build non-nuclear submarines of the “Litter” project. To date, five submarines of this type are in operation, the last of which was accepted into the naval self-defense forces last spring. Another submarine is now being tested, one has recently been launched and one is on the slipway. According to the existing plans, ten litter-type submarines should be built.

This year the Soryu-type submarines twice became the subject of discussion among specialists and amateurs of military affairs. In June, it became known that Japan and Australia agreed to hold several joint projects in the field of the submarine fleet. The result of this work should be a modernized version of the project "Litter", which will be built several submarines for the Australian Navy.

The submarines of the Soryu project are representatives of a small class of submarines equipped with an air-independent power plant. Instead of classic diesel engines, these submarines are equipped with Stirling engines, allowing them to have a significantly greater cruising range in a submerged position. The use of new electric motors and lithium-ion batteries of larger capacity should significantly improve the performance of promising submarines.

The third direction in the development of the Japanese self-defense naval forces is the construction of new surface ships equipped with the Aegis power supply system and the corresponding armament. In 2007 and 2008, the combat strength of the naval self-defense forces was replenished with two Atago-type destroyers equipped with this combat information and control system. Ships with a total displacement of more than 10000 tons carry universal vertical launchers Mk41 American development. In the bow of the ships "Atago" and "Asigara" there is a launcher with 64 cells to accommodate various types of missiles, in the stern - with 32 cells. In connection with the existing restrictions, the ships of the Atago project are armed only with anti-aircraft and anti-submarine missiles. 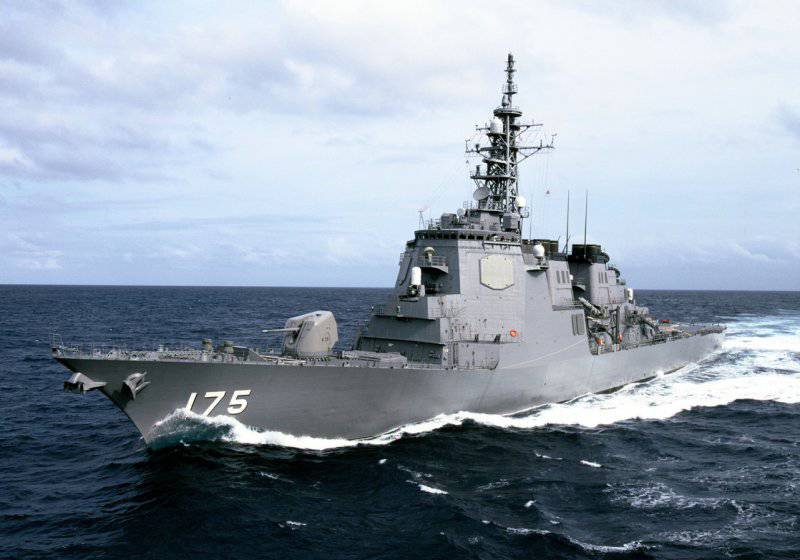 The destroyers Atago managed to show their potential, thanks to which the command of the naval forces of self-defense plans to order new ships of this type. In cooperation with specialists from the United States who will be responsible for the supply of various equipment and weapons, it is planned to build six more destroyers of a new type. The last ship of the series must be delivered by 2020 year. A fourfold increase in the grouping of the Atago destroyers should significantly increase the anti-aircraft and anti-submarine capabilities of the Japanese fleet.

It is easy to see that two of the three planned projects are directly related to strengthening the protection of ship connections from an attack from the air or from under the water. Due to a number of features of Japanese legislation, Izumo-type destroyers and Atago-type destroyers have a specific set of weapons, which imposes serious restrictions on the range of tasks to be performed. These ships have a developed range of anti-aircraft and anti-submarine systems, but they are not equipped with any attack weapons.

The current plans for the development of naval self-defense forces envisage the construction of only one type of equipment capable of striking surface and underwater targets. These are “Soryu” type submarines capable of using UGM-84 Harpoon torpedoes and missiles. Their impact potential directly depends on the possibility of a long stay under water without the need for ascent provided by an air-independent power plant.

At first glance, the planned distribution of defense and attack tasks between surface ships and submarines, respectively, can reduce the defense capability of all Japanese self-defense forces. Nevertheless, such features of the fleet construction will allow not only to comply with all restrictions of the existing legislation, but also to bring it in line with the existing geographical conditions. The fact is that the main potential opponents of Japan - the DPRK and China - are located at a relatively short distance from it and thanks to this they can effectively attack Japanese ships using aviation, and in some cases using coastal systems.

The geography of the Japan, Yellow and East China seas is such that for effective combat work in them the fleet must have a large number of modern submarines carrying strike weapons. Thus, Japan, taking into account the possible risks, should really continue building the submarines of the “Litter” project, as well as develop new submarines with higher characteristics.

An equally important direction in the development of the fleet in this case is the construction of surface ships with a developed anti-submarine weapon system. So, destroyers-helicopter carriers of the Izumo type, as well as ships of the Hyuga and Sirane projects in service are primarily intended to survey water areas and search for enemy submarines. Modern destroyers of Japan also have advanced sonar and anti-submarine systems. In addition, they are equipped with modern anti-aircraft systems to protect against air attack.

The current plans of the Japanese Self-Defense Forces Command in the field of fleet development imply the construction of new equipment with the aim of replacing the aging and increasing its combat capability. So far, plans for the development of naval self-defense forces speak of a desire to update ships and submarines in a timely manner, while maintaining and improving fleet performance. In the context of the existing plans of the Japanese military department, there are often concerns about the existence of other aggressive intentions that will begin to be implemented after the implementation of current programs.

However, for the time being there is no reason to imply Japan in carrying out unfriendly plans. At the same time, the Japanese naval self-defense forces are forced to build new ships and submarines in order to be able to react in a timely manner to emerging threats. The Pacific region is attracting the attention of many countries. China is developing its armed forces in general and the Navy in particular, and the United States, being its main competitor in the region, plans to transfer to the Pacific Ocean most of its military fleet. Thus, all states in the region, including Japan, should pay attention to the development of their armies and naval forces. Official Tokyo has already identified the main directions of development of its fleet.