October 30 2014
74
The radicals that came to power in Ukraine continue to wave from side to side with a lustration cudgel. Under the so-called “law on lustration,” not only politicians of times under Viktor Yanukovich’s rule, but also representatives of Ukraine’s scientific elite are included. At this time, the victim of repression by the ukrovlasts became academician Yuri Alekseev. 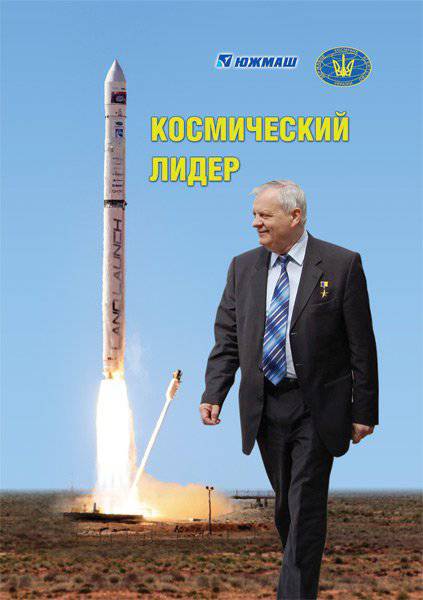 Yuri Alekseev is a world-class scientist. In Ukraine, he was responsible for the work of the State Space Agency, which managed to implement many large-scale projects. In addition to the development of space programs, the academic conducted work aimed at improving the safe operation systems of Ukrainian NPPs, introducing advanced scientific technologies.

Yuriy Sergeevich is the general director of the Dnepropetrovsk “Yuzhmash”, the Hero of Ukraine.

The first channel tells that Yury Alekseev at one time took part in the development of the Baikonur space launch complex.

Yury Alekseev is an honorary doctor of the International Personnel Academy, awarded with the ICA Gold Medal for Effective Governance in 2000.

If in Ukraine lustration is presented as a cleansing of power, then how does a person have to do with power, who has developed science for a long time. He led the space programs under the presidency of Yanukovych! - the main argument "lyustratorov", broken from the chain. So he managed these programs up to Yanukovych ...

Yuri Sergeyevich himself in an interview Channel One comments on his resignation as follows:
Regarding lustration - questions for Turchinov and Yatsenyuk. I am a law-abiding person and fulfill the law of Ukraine.