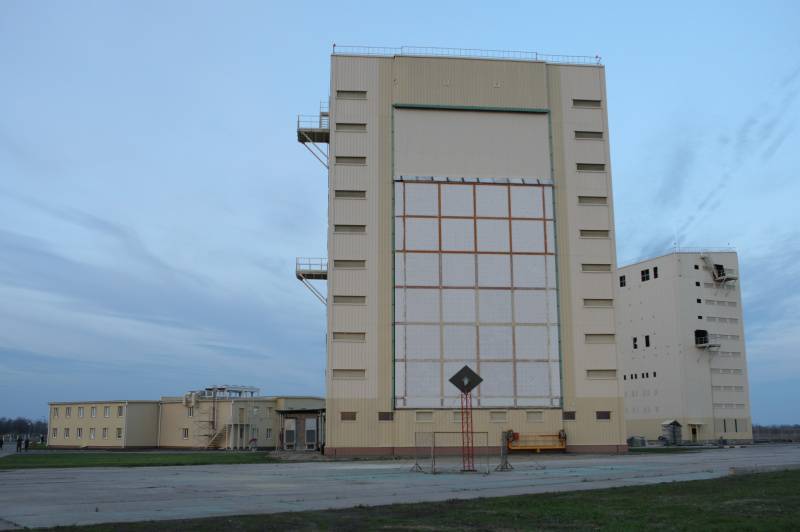 In December 2011. Space forces of the Russian Federation will receive at once two newest radar "Voronezh-DM", which are part of a unified missile launch early warning system. One of them will serve in Armavir, the other in Kaliningrad. According to official representatives of the Ministry of Defense of Russia, the Kaliningrad station will ensure the domestic nuclear parity in the event of a final decision on the deployment of the European missile defense system. In 2012, a facility similar in technical characteristics will be commissioned in the Irkutsk region.

In the period to 1991g. in the Soviet Union, the state’s unique strategic missile and space defense system (RCS) of the state was created and reliably operated as part of an integrated enemy missile attack warning system (SPRN), space control (UCC), anti-space defense (PKO), and missile defense (Missile defense). The main element of this complex of systems are powerful radar stations (RLS) intended for remote detection, most of which have now exhausted their calculated and objective technical resources. The current radars of the anti-missile defense system, PKO and UCC were improved and are able to operate normally for quite a long time.

With the adoption of two new Voronezh-DM stations, the one-piece radar warning of a remote missile launch destroyed with the collapse of the USSR will be restored.

Voronezh-DM is part of an integral, complex two-echelon system. The first echelon - ground, radar type "Dnepr", "Daryal" and "Volga". The second is space. These are directly tracking satellites that record the very fact of the launch of ballistic missiles.

In terms of its performance characteristics, the Voronezh-DM radar is not inferior to the currently operating Daryal and Dnepr-M stations. With the effective detection range of 4,5 targets thousands of kilometers, it has the technical ability to increase them to 6 thousands of kilometers. The power consumption of the Voronezh-DM radar does not exceed 0,7 MW, the cost of creation is about 1,5 billion rubles. For example: the Dnepr radar in prices for 2005 a year is estimated at 5 billion rubles, Daryal - about 20 billion rubles. The new radar Voronezh-DM differs from the Daryal and Dnepr stations that make up the foundation of the over-the-horizon SPRN location, is extremely short deployment time, autonomy and high reliability, lower operating costs and, as the developers indicate, compactness. 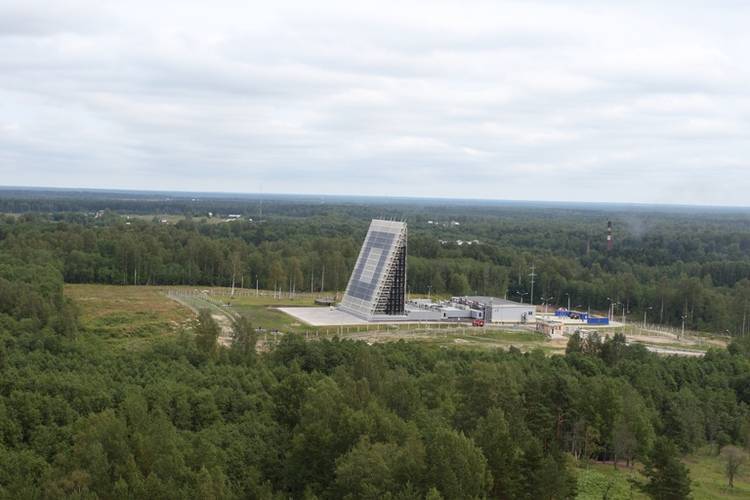 When receiving an alarm signal from the satellites, these stations detect missiles launched from launching pads of various bases, determine the set direction of their flight and the estimated coordinates of the fall of the head units with nuclear charges. The area of ​​responsibility of the Voronezh-DM radar station covers the territory from the North Pole to the northern coast of Africa. The data collected by the station, go to the complexes included in the missile defense system.

In total, eight such stations were built in the USSR along the state perimeter. Three objects in Russia - near Moscow, Irkutsk and Olenegorsk. The remaining five are in Azerbaijan, Belarus, Kazakhstan, the Baltic States and Ukraine.

Today, of the eight, only four are fully functional. From the lease of Ukrainian - in Sevastopol and Mukachevo - Russia refused on its own initiative. The station in the Baltic Skrunda was blown up under pressure from the US and the new Latvian authorities. The solution was found in the creation of an entirely new network of Voronezh-DM stations.

The first of these stations was deployed under the northern capital, St. Petersburg, in the small village of Lekhtusi. The Voronezh radar station in Lekhtusi provides continuous monitoring of missile launches at the Scandinavian Anne (Norway) and Kiruna (Sweden) test sites, as well as helicopters and airplanes in their area of ​​responsibility.

According to data voiced by the Space Forces, only in 2010. means of warning of a possible rocket attack and information technology of the air defense system revealed more than 30 launches of foreign and domestic space and ballistic missiles. This confirmed the high reliability and effectiveness of the reconstructed early warning radar system of a possible missile attack.
Ctrl Enter