V.Tetekin: “From Kiev we will hear streams of lies or promises” 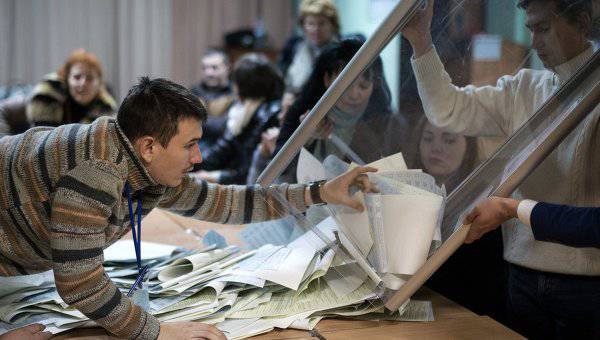 Without the opposition, the current so-called winners will go astray and pick wood

The media convey the statement of Sergei Lavrov regarding the results of the parliamentary elections in Ukraine. According to the head of the Russian Foreign Ministry, Moscow has someone to talk to in the Verkhovna Rada.

On the pages of KM.RU, we analyzed the results of the Ukrainian elections, and Doctor of Political Sciences Andrei Savelyev urged the Duma to curtail all contacts with the Rada.

What is the most optimal strategy: dialogue or boycott?

With this question we turned to State Duma Deputy Vyacheslav Tetekin.

For these guys, the usual political maneuver is not true

- Frankly anti-Russian forces came to power, which do not hide their position. I sincerely respect Sergey Lavrov, and I am ready to partially agree with him, because some kind of authority in Ukraine has appeared.

But I recall the words of Lavrov, which he said some time ago. And then he said that in recent months we have not heard a single word of truth from Kiev. And this is true, because for these guys the usual political maneuver is not true. There is absolutely no hope that after their election victory, something will change.

From Kiev we will hear streams of lies or promises that are not kept. The West demands that Kiev demonstrate at least minimal common sense in Russia's relations. Yielding to this pressure, in Kiev they will begin to pretend that they are trying to establish a constructive dialogue with Moscow. But one should not expect sincerity from Kiev partners. Each of their statements will have to double-check.

Yes, the Right Sector and other rabid nationalists are cut off from the Rada. But those who control the legislative power are still determined to resolve the conflict with Novorossia by military means. Remember Poroshenko’s block slogan: “Victory and peace.” But no victory has so far been, which means, according to their ideas, victory should be in the future. In other words, confrontation is already being laid.

Those who rule in Ukraine made a strategic mistake

Many have already paid attention to the fact that the Communist Party of Ukraine (KPU) has not passed to the Parliament, and this is a completely new political turn in the last 20 years. The situation for KPU has changed; it is one thing to be a party of the parliamentary majority in the alliance with the “Party of Regions” and quite another to become an organization that is subject to monstrous blackmail.

I think KPU will find ways to restore its ranks. The ideas of social justice are extremely tenacious, because they are attractive to the masses. At one time, the Chinese Communists were destroyed, but they came to power and now remain at the head of the country. The same is Vietnam and Korea. The same will happen in Ukraine.

Recall history Christianity. Early Christians were thrown at the mercy of lions, walled up alive in the catacombs, but Christianity survived and became one of the world religions. No matter how the Communists try to ban, the inevitably communist idea will emerge from any test that has become stronger.

Yes, now KPU will need to think about changing strategies and tactics and attract new people by analyzing the reasons for the defeat. I think this will be done, and I am sure that we will see the Communist Party in the Verkhovna Rada.

By the way, those who rule in Ukraine made a strategic mistake. They really need the pro-Russian opposition for course correction. The public voice of reason should have sounded within the walls of the parliament, and having lost it, the current so-called winners will go astray and break the wood. And all for them will end in a strategic defeat, because the restraining force in the face of the Communist Party has disappeared.