Market pandemic. To the Ebola Case and the Return of Mass Epidemics 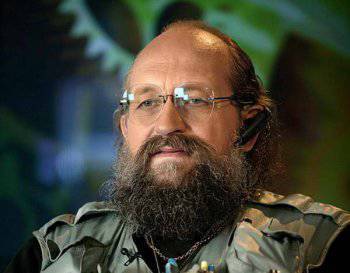 I think thirty years ago, when asked about the possibility of new epidemics comparable in scope and destruction to the plague, or at least to cholera (I happened to be present at the outbreak in Odessa in 1970 of a relatively safe strain of this disease - El Tor), I answered would definitely negative. In fact, it is not possible in our enlightened age — the century of the rapid development of biology and medicine — for any appreciable time to hold on to an combat-capable state of any kind of infection.

Unfortunately, my optimism has now diminished sharply. First of all, because it turned out: the most terrible infection is organizational, affecting not only individuals, but society as a whole. Our world is increasingly moving from the logic of business to the logic of profit. From the logic of development of the economy as a whole (the one that gave rise to the myth of the Invisible Hand of the Market: after all, the market was once formed by people brought up on concepts covering the whole society - from religion to craft craft with a focus on a single tradition) - to the logic of development only that part of it, which can be immediately turned into a fine coin (or the corresponding records in computer databases).

In particular, not only did Western companies find it unprofitable to develop tools for Ebola because it exists in some exotic places where people are completely poor, and therefore it is impossible to earn money to fight it. What is more terrible is that in our country, which has long been accustomed to being among the main centers of science, in the dashing nineties, for the sake of penny savings, medical research institutions, sharpened by the search for funds from the same Ebola and other exotics, are fairly reduced.

And even worse, now even the United States of America does not agree to close aviation communication with regions affected by this infection. Prepositions are composed, as usual, very beautiful, but the reason is very simple: if you close the message, some economic structures involved in the development will have problems - and, in fact, simply plunder the wealth - these distant lands.

Therefore, I suppose that in the present conditions it is impossible to be sure that even the most obvious epidemiological threat will force one of the decision makers to seriously attend to the fight against this threat if this struggle does not bring immediate profits.

The longer the struggle with a threat, the greater the potential profit from this struggle. In particular, in the market world, single-use vaccines are not as readily created as drugs, and they, in turn, receive less attention from developers than preventive agents for permanent use. Consequently, while the logic of earnings (and not the result) will dominate, even with very serious epidemics, there will be a search for means of extending the lives of the sick, but not a search for means of eradicating the disease itself. Therefore, as long as the Invisible Hand of the Market is proclaimed the main guiding and guiding force of the society, it will quite obviously close its eyes to everyone on whom the organization of the fight against epidemics depends. It only remains to hope that this Invisible Hand of the Market is moved away from people even before it can drive to the grave - or at least the hospital bed - a significant part of humanity.