October 28 2014
221
When I first read what she says, I thought I misunderstood. Even reviewed a couple of entries. But no, she said exactly what she originally heard. And the fact that Ukraine should become the "victorious edge of the Third World War." And the fact that the burning of living people in Odessa is "the pearl of the Ukrainian spirit." And the fact that Natalochka is good, and Natalya with Masha is bad. Because in Russian. Well, and Lisa - in general from the word "lick" (this was explained by the academic lady assistant professor to the preschool children in kindergarten). 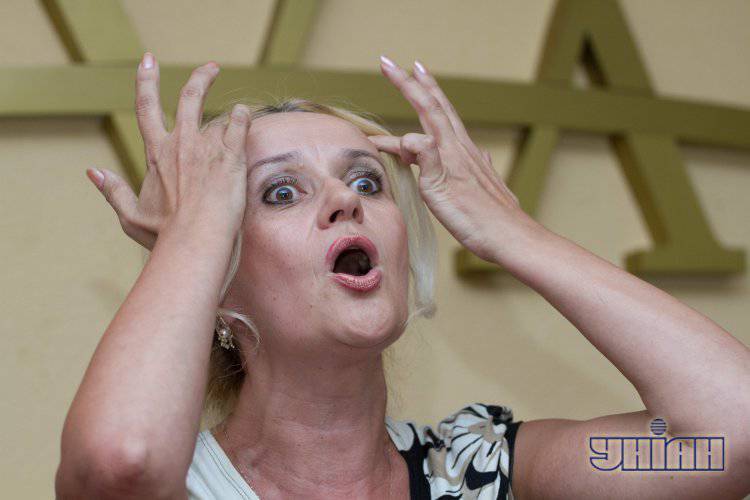 I didn’t want to check further, for what could be heard of the new? About "five million degenerates" who speak no Ukrainian? About the Russian language, which grew out of feces? And this is only a small part of the abominations, just go to the Internet, there is full of not only links, but also videos.

And now - the main theme of my short note. Undoubtedly, among the population of homo sapiens there are very smart individuals, there are just smart ones, and, finally, there are not too smart ones - sorry for such unscientific classification. So, speaking of the learned lady Fahrion, I would very much like to think that she is just a fool. But, unfortunately, the facts tell a different story.

No, she is not a fool, this academic lady Fahrion. And the matter is not at all in ranks, degrees, and scientific articles.

She is not a fool, first of all because she knows exactly what she wants - the authorities and the “nishtyakov” associated with it. In this connection, it undertakes completely concrete, precisely calculated actions. Well, what is she after this fool?

Shameless, nasty, bloodthirsty - this is how many epithets you want. But not a fool. And not even an ideological nationalist, oddly enough.

For example, for three whole years she was a member of the CPSU, a party with a clearly declared international ideology. And it came out of it already in 1991 year. Everyone who wanted to go out for ideological reasons, came out much earlier. Or did not enter at all. Well, what kind of ideological nationalist is she? Yes, no.

And now we summarize.

If a person has no conscience and honor, and there is only a thirst for power and money, then he almost does not care what ideology to profess. The only condition - if only she was now dominant in society. And yet this ideology should be passionate - such that clever, but unscrupulous people can easily warm up, unburden themselves not very clever.

Nationalism for this is the very thing.

Actually, that's the whole phenomenon Fahrion. Under Napoleon - with Napoleon. When Hitler - with Hitler. In the USSR - with the Communist Party. Well, with super-free Ukraine, not even with Poroshenko, because they may not be noticed near him, but with Bandera and Shukhevych (I mean, everyone with the same Hitler in the background).

And the last. Please note that the main "kerosene" in the Fahrion phenomenon is the already mentioned nationalism. For me personally, he differs from patriotism in that patriots love their people more than their own lives, and nationalists hate someone else in the same way. That is why patriotism is creative for both the nation and the country, and nationalism is destructive, just like all hatred.

In a broad sense, the Fahrion phenomenon is always a profit for people like her. And there is always grief, poverty, the destruction of friendly and even kindred bonds for those to whom “she” (as a nominal character) will be able to “steal” brains.