The People’s Liberation Army of China has embarked on complex maneuvers.

October 27 2014
20
In the northeastern regions of China, the last comprehensive exercises of the People’s Liberation Army called “Joint actions-2014E” are going on this year, RIA reports "News" with reference to the official Chinese edition "Renmin Ribao". 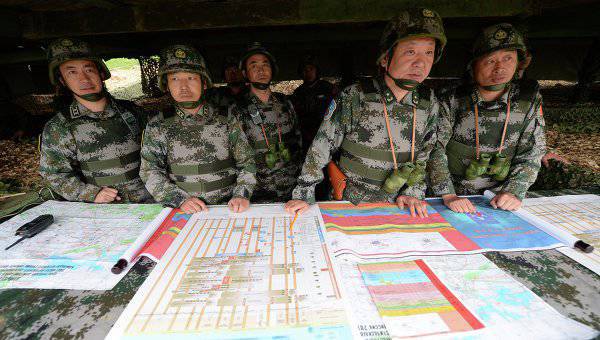 It is noted that this is the most ambitious and complex maneuvers of the Chinese troops in 2014 year.

In total, about 20 thousand people participate in the maneuvers, as well as the main military equipment of the air forces and ground forces.