October 27 2014
41
Translation of an article by Matthew Bodner from The Moscow Times newspaper devoted to the Swedish Navy epic with the search for an unknown (Russian?) Submarine. 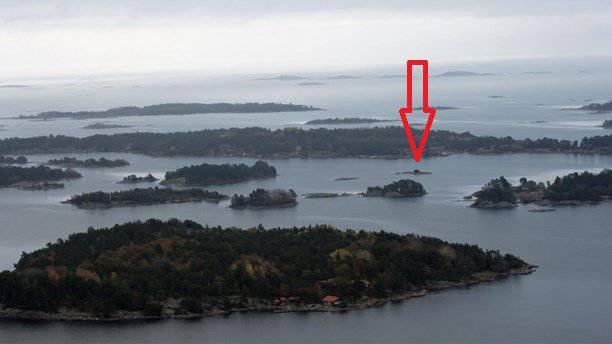 Swedes raise the stakes in the hunt for the Russian submarine

Despite the panic sweeping the Swedes about the Russian submarine, the Baltic Fleet does not look so formidable

On the sixth consecutive day the Swedish Navy was searching for an imaginary Russian submarine, a representative of the Swedish Ministry of Defense said on Tuesday 21 of October that if the Navy were found, they would be forced to ascend if necessary. Such data leads the English-language Swedish newspaper "Local" (The Local).

The statement that Sweden is ready to use depth charges to make the mysterious submarine float marks a significant increase in the rhetoric of Swedish officials. After all, initially, the whole operation was seen as a search and rescue, aimed at assisting the ship, which may be in distress.

In the meantime, the Swedes seemed to be in a massive panic. According to Dagens Nyheter, more than a hundred witnesses for a suspicious submarine have been interviewed by the Swedish authorities in the past few days. Russia, for its part, denies that there was an abnormal situation on any of its submarines.

However, the very possibility of an intruder intruding into the territorial waters of Sweden at the hot tracks of the NATO exercises in the Baltic does not seem to be out of the ordinary. In recent years, Russia has regularly provoked the militarily developed states of the West to check them for "weak." According to analysts, this indicates that Russia will continue to increase the degree of antagonism in relations with the West.
At the same time, the concerns of Sweden may be exaggerated - the Russian Baltic Fleet can hardly be called a military priority for Moscow, and some experts argue that the Swedes themselves staged this performance as a sign of the deterioration of diplomatic relations.

Although some scoff at the search operation of the Swedes, calling the panic moods of the Cold War no more than delusions, this hunt for a boat fits into the logic of Moscow’s more striking provocations.

Over the past few years, the Russian Air Force has openly practiced strikes at Stockholm, violated Swedish airspace and dangerously maneuvered in the immediate vicinity of a Swedish reconnaissance aircraft, flying only 10 meters from its wing.

Increased activity of Russia at sea and in the air is rather the rule than the exception. The states bordering on Russia and having a conflict of interests with it note an increase in the number of violations of their airspace and overflights along the border.

In recent years, the intensity of "patrols" by Russian aircraft and border areas has steadily increased. This is a reflection of a more confident and assertive position of Russia, which has managed to strengthen over the past decade, ”Dr. Neil Melvin of the Stockholm Peace Research Institute told The Moscow Times.

For example, in the past month alone there was an incident with a Finnish research vessel, which the Russian ships "wrecked", and an intelligence officer was abducted from an Estonian border checkpoint.

In the same month, but already outside the Baltic region, the US and Canadian Air Forces raised their fighters to intercept six Russian MiG-31 off the coast of Alaska.

And in early September, two Russian Tu-95 strategic bomber, according to media reports, were practicing nuclear strikes on US territory in the North Atlantic.

“I believe that this is a kind of signal from Russia to be taken seriously, and the Russian authorities make it clear that they are tired of not being considered, or, at least, not of Russia’s concerns national security issues, ”says Dr. Dmitry Gorenburg, a naval expert from Harvard, who also works for the CNA Research Center in Virginia.

Russia, however, far from mindlessly probes the West. Analysts argue that Moscow, in particular, is not indifferent to the NATO countries, apparently trying to get an idea of ​​the degree of cohesion of the bloc and its readiness for action.

“Countries that have been exposed to such an impact are either key to the North Atlantic alliance, or they regularly criticize President Putin’s regime,” says Melvin.

“This is particularly true of the Baltic states, taking into account their Soviet past and current situation on the“ front lines ”of NATO. Russia seems to be “testing” how far it will be allowed to go before NATO responds, ”he adds.

The fact that neither Sweden nor Finland are members of NATO does not mean that the current provocations are not related to the North Atlantic Alliance. In the case of Sweden, “it is obvious that Putin does not like the cooperation of Finland and Sweden with NATO. And Russia thus signals to them that participation in joint exercises with NATO could be dangerous for them, ”said Tomas Ries from the Stockholm National Military Academy (Stockholm’s National Defense Academy).

Sweden, in truth, should not be so worried about Russia's presence in the Baltic.

Although the Russian Navy is one of the beneficiaries of Putin’s ambitious rearmament program, with a budget of 20 trillion rubles (500 billion USD), the Baltic Fleet, which should include the submarine, has received only a fraction of this amount.
“Progress in the rearmament of the Baltic fleet there is, but this is not a quick process, ”said Mikhail Barabanov, an analyst at the Center for Analysis of Strategies and Technologies (CAST).

Partly in the depressing position of the Baltic Fleet of Russia was due to the loss of its coastal infrastructure. If shipbuilding programs were in the center of attention of the Soviet Navy, the coastal infrastructure of the fleet was “smeared” along the Baltic coast from Kaliningrad to Leningrad. And with the independence of the Baltic republics, Kaliningrad was cut off from mainland Russia, which creates problems in the maintenance of an impressive group of forces and means of the fleet.

According to Russian analysts, the hunt for a submarine may not be dictated by the presence of a real threat, but stem from the internal politics of Sweden. The Swedish fleet, once generously funded to counter the Soviet submarine threat, has failed in the past 20 years to justify maintaining budget allocations at the same level.

This hunt for the Swedes submarine - "complete nonsense," says Barabanov. "Perhaps there (in the waters of the archipelago) is something, but most likely it’s just such a good old Swedish way to justify the increase in defense spending," he adds.

In 1980, the Swedes several times declared a false alarm, sometimes taking the sounds made by the otter as the noise of potential foreign intruders.

In any case, the statements of the Swedes about the Russian submarine in their waters are hard to believe, since today the Russian Baltic Fleet is largely devoid of its former military significance, says Ruslan Pukhov, director of TsAST.

“The number of submarines in the Baltic Fleet tends to zero, and it is obvious that submarines capable of performing such tasks are based on the Northern and Pacific Fleets,” says Pukhov.

Harvard Gorenburg adds: “It’s not serious to talk about naval battles between the Russian and Swedish fleets. If this happens, the Baltic Fleet alone will not be a serious threat if it is not reinforced by the ships of the Northern Fleet. ”

“The Russian Baltic Fleet as a whole is hardly a fleet,” he adds.

In addition to a pair of destroyers of the 956 project, the Baltic Fleet includes only two diesel-electric submarines of the 877 project, a patrol ship and four corvettes. They are complemented by several small ships guarding the water area, which are, indeed, ideal for the shallow waters of the Baltic. 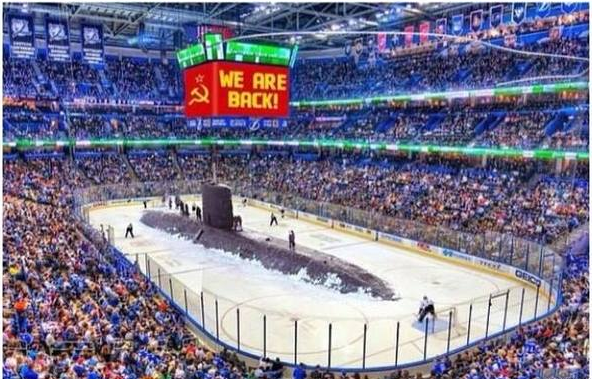 The Swedes, however, can be forgiven for their dissent, especially since the Soviet Union had once been caught by the hand. This incident became known as "Whiskey on Ice" (Whiskey on the Rocks, literally - Whiskey on the rocks). Then, in 1981, the Soviet submarine of the 613 project ("Whiskey", according to NATO classification), ran aground near the Swedish naval base. A subsequent investigation into the incident revealed that the torpedoes with nuclear charges were on the boat at that moment.

Regardless of whether the Russian submarine is in the territorial waters of Sweden or not, the unsatisfactory level of diplomatic relations between the two countries, which was revealed in the context of the hunt for the boat, as well as Moscow’s unwillingness to allay the fears of the Swedes, show that Russia is becoming a problem . In addition to the already mentioned Russian stinginess on the comments in this incident, the current year brought a new wave of debate about the possible accession of Sweden to NATO, which is fueled by sudden and sharp military attacks from Russia against Sweden in particular and the countries of the Baltic region as a whole.

“From a political point of view, the worst that bad things can happen is to quarrel with neutral Sweden,” adds Pukhov. Swedish hawks can see a certain mirage - there really is no threat, but they really want to see it.