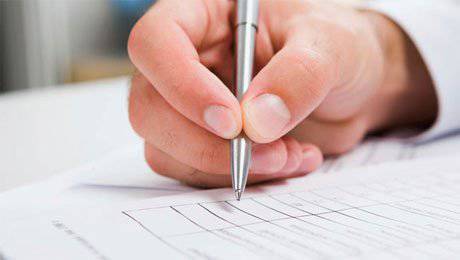 Activists of the East Kazakhstan branch of the Republican Slavic Movement “Lad”, VKF “Russian Community of Kazakhstan” and others prepared an open letter in response to provocative publications about the situation of Russians and the state language in the region.

Public activists are outraged by the fact that they are trying to convince them that in Kazakhstan, and in their region, "double ethnic oppression" is flourishing.

“... We don’t need to convince us that the land, language and power have been unevenly divided in Kazakhstan. We all have the same rights here. And the state is not in the last place in the economy.

And most importantly, we live in harmony and unity, and if we have problems, then these are our internal family problems, and we will solve them ourselves. Without your advice, "they write in a letter to a certain Russian journalist.

Below is the full text of the open letter.

LOOK FOR WHOM IT IS PROFITABLE!

It has recently become strange and unpleasant to see publications of a clearly provocative nature on the Internet, addressed to the residents of Kazakhstan. Like, have you seen what is happening in the world: separatists, military operations in residential areas? You are next! And our "friends" because of the cordon no longer disdain any methods, trying to "shake" the public.

In recent months, correspondents of Western and pro-Western media have been frequenting our East Kazakhstan in recent months, who by hook or by crook are trying to convince ourselves that in Kazakhstan, and in our region, "full-scale oppression on the basis of ethnicity" is flourishing.

They rush around the city, sniff out, inquire, pry, - in a word, they collect "material" ...
Recently, the correspondent Ilya Azar came to Ust-Kamenogorsk, looking for a meeting with us. Okay, met.

But when we read his article “Ust-Kamenogorsk People's Republic. Whether Russians are waiting for "polite people" in Kazakhstan: a report by Ilya Azar ", we were puzzled. To put it mildly...

It’s necessary to turn everything upside down.

What struck us the most was not even this journalistic impudence, with which some Russian chauvinists were made of us, but the reporting bias, caustic hatred for our country, for the Kazakh people.

Now we sit and think - what was he trying to get from us?

So that we ourselves should destroy that, thanks to which we live peacefully and calmly in Kazakhstan? Do we look like suicides, or do we have a diagnosis - maydaun ???
Responsibly we want to declare that the revelation he wrote is a provocation and forgery. A mixture of fabrications, conjectures and lies!

Ilya, disrespected from now on by us! We do not need to convince us that the land, language and power have been unevenly divided in Kazakhstan. We all have the same rights here. And the state is not in the last place in the economy.

And most importantly, we live in harmony and unity, and if we have problems, then these are our internal family problems, and we ourselves will solve them. Without your advice.

There have never been conflicts on interethnic grounds in our land. And it won't. Because there is no reason for this.

Maybe that's why the visiting "well-wishers" are trying.

“You are forced to learn the Kazakh language!” They shout.

There is no coercion, and every country has the right to have its own state language, and knowing it is a matter of conscience and dignity of a citizen. At the same time, the Russian language is the language of interethnic communication, and no one feels any discrimination in this regard. And with Russian schools everything is in order. We have 45 schools in the city. Of these, 19 with Russian as the language of instruction, 8 with Kazakh, the rest are mixed. And we send our children to Kazakh schools not under compulsion, but in a clear mind and firm memory. Because we live together with the Kazakhs. One destiny.

And in the maslikhat of the city more than half of the deputies are Russians, there are many Russians among the heads of institutions and enterprises.

We understand well whose interests such provocative conversations are in. We think Ilya also knows that his material is not an expression of the position of the Russians of Kazakhstan, but an ordered “pushing through” an ideology that is alien and alien to us. And these "ears stick out" in every line of this libel!

We declare unequivocally that Azar's article is a foreign attempt to incite interethnic strife, to push the Russians and Kazakhs together.

We believe that our respective authorities should assess it. Encroachments on the peace and territorial integrity of Kazakhstan are unambiguously criminal.

Now about Ukraine. Do you think the East Kazakhstanis were not concerned about the situation in Ukraine? Of course, we are worried about our relatives, friends, just for those people who live on a land blazing with strife.

We are Kazakhstanis. Yes, there are Russians, Germans, Ukrainians, Georgians among us ... representatives of more than 100 different nationalities. But we live according to the principle of one people - one country - one destiny.

We, the Russians of Kazakhstan, respect our Kazakh brothers, who have united so many different nationalities, and help us preserve our languages ​​and cultures, and just human relations. We were the first in Kazakhstan to open the House of Friendship, built a unique ethnic village.
And from the fact that they are trying to intimidate or confuse us, we only hold hands tighter.
We firmly say that neither Azaram nor the slippery Medusa will embroil us.