Archangelsky draftee: what to take with you to the army and how to get used to the service 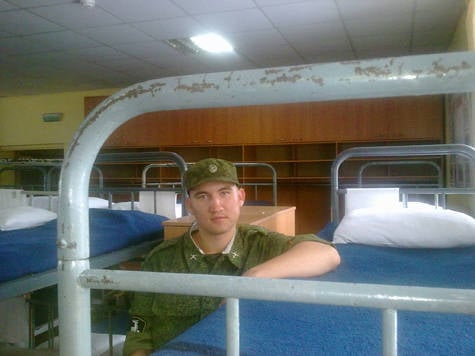 When this article comes out, the archangel Ilya Mityukov and our countrymen from Arkhangelsk and the Arkhangelsk Oblast will have been serving almost a month in Perm, in the 2 part of the Interior Ministry troops. The first stage of military life passed. It's time to bring some results. So, according to Ilya, the guys preparing for the army and their parents should know.


- Tell me, now from my own experience, should we get ready for the army? And How?

- Do not take seriously all the horror stories about the service, which wears the mail post, and roam the Internet. This is not a prison, it is a normal male environment in which a lot depends on the person himself.

- Let's get this over with the theory. Can be closer to practice. What would you do now before you go into the army?

- The same as before. I went to the gym a couple of times a week, I did it for my own pleasure, not overstraining. And once a week I ran to the Night Watch. That was enough to the eyeballs. You know what the paradox is. We came guys with different levels of sports development. But after two weeks, all passed the required standards, and pulled up on the bar as much as necessary, and ran for a while. Everything!

- You went to the army immediately, even asked to be sent quickly.

- And now I would have done the same. From the army do not have to run. If this is inevitable, it is necessary to repay the debt in a timely manner. Here I would graduate from the institute, and then, instead of professional work, either a service, or something to hide in summer cottages until 28 years? Admit it, both options are awkward.

I told the military commissar that I want to serve in good troops. He said that then it is better to go earlier, to the first consignment. I came. And in principle, the military registration and enlistment office did not deceive me: I like everything and the service is very specific. It is clear that we will do this army year. Perhaps I was luckier than anyone. I can only talk about my service, how other conscripts, who do not serve in the troops of the Ministry of Internal Affairs, have worked out, I do not know.

- What to take with you to the army?

- Easier, what not to take. Dear heaped cell phones, wads of money and baskets of perishable food, especially in summer. Common sense dictates, all this is an extra hemorrhagic. All the bells and whistles should be left at home, in the civilian world. Army life is completely different история.

- Is it difficult to get used to?

- It's interesting, but I really wanted to eat the first few days. It seems fed tight and still. They just got used to the house: when they want it, then they have a snack. And here - on schedule. Perhaps now in front of the army, I would eat for a month and at home clearly on the clock, it would be easier to get used to the army kitchen.
Physically, I was not exhausted. We were gradually dragged into the load, and it went off painlessly. In our unit, contract sergeants live in the civilian world. Attitude to recruits they have a strict, but human.

They laid out thoroughly, so that they barely got to the barracks, perhaps, only a couple of times. Just do not try me nonsense about non-statutory relations. I do not know how in the army units, but in our unit of the troops of the Ministry of Internal Affairs this is simply not the case. But if you are stupid, lazy, relaxed, or there you decided to show your ambition - you can do push-ups and pull-ups more than others, all nonsense will evaporate, as it never happened.

The guys who are preparing to go into the army must clearly understand: everything is debugged here a long time ago, built according to the regulations. The army does not need to build for themselves, it is useless. It is more logical to enter the army’s rhythm of life and master its specifics immediately. Yes, the vocabulary is replenished with a vocabulary not peculiar to a citizen: yes, there is, so surely, let me appeal But this is not a foreign language to learn.

- A life that a soldier needs, for example, to be sent from home?

- Get plenty of candy, cookies and candy. Only such that the summer heat is not melted. Not bad shampoo, razor, good toothpaste. And in general such man's things as shaving gel, after shaving. Just do not need huge capacity, the soldier’s bedside table is small, for two.

- I remember when in the construction team they received a package from home, it was a general feast. Do you have the same?

- Of course, the holy cause of entertaining fellow service. This is the memory of the house.

- So, mothers should know that the package should not be small. The bigger, the better.

- Note, this is not me saying.

- Well, I realized that the army life has not disappointed you yet. Do you like it?

- Not an exact statement of the question. This is not a boarding house on the Black Sea, to like it or not. This is a service. A year of a completely different life, which I must give to the country in which I was born, studied and live and intend to live on. How did you write in the essay on the day of the oath: "This is your Homeland, son"? So we pay the debt to the motherland. Never loved anyone owe ...