October 22 2014
80
The sixth fourth-generation submarine missile cruiser (project 955-A, cipher Borey-A), which will be laid down at the Sevmash shipyard in Severodvinsk in December, will be given the name Prince Suvorov, the newspaper reports MIC with reference to the press service of the plant. 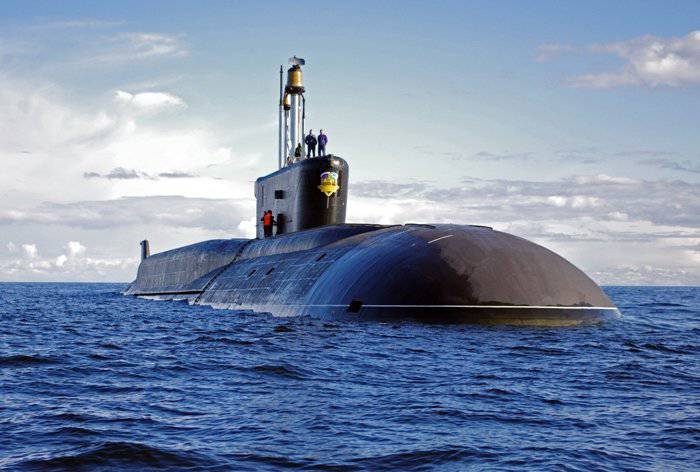 Soon, Sevmash will hand over to the Navy the third cruiser Vladimir Monomakh. “He successfully and on time completed all stages of factory, state tests,” the press service said. - In December, the acceptance certificate of the transfer of the ship to the Navy will be signed the fleet».

"Other submarines of this project (" Prince Vladimir "and" Prince Oleg ") are undergoing the slipway period," the report says.

The Borei submarines, armed with the Bulava ballistic missiles, will become the backbone of Russia's naval nuclear forces for the coming decades. A total of 2020 "Boreev" will be built before 8. Three of them (955 project) will carry 16 MBRs and 5 (955-A project) - 20 MBRs.

Help "MIC": "The head missile carrier project 955" Borey "- Yuri Dolgoruky", as well as the first serial ship - Alexander Nevsky, built on the "Sevmash", were transferred to the Russian Navy at the beginning and end of 2013, respectively. The third submarine "Vladimir Monomakh" will be handed over to the fleet in December of this year. On the stocks, enterprises are being built according to the improved design of 955A of the submarine "Prince Vladimir" and "Prince Oleg" laid down in 2012 and 2014. "
Ctrl Enter
Noticed oshЫbku Highlight text and press. Ctrl + Enter
Military Reviewin Yandex News
Military Reviewin Yandex Zen
80 comments
Ad