By 2016, trade and economic turnover between Russia and Indonesia will increase to 5 billion dollars 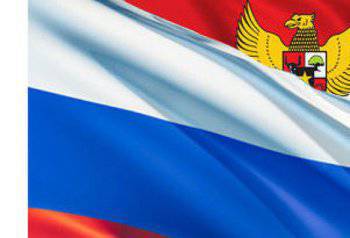 In recent years, Russia has accumulated significant export potential in a whole range of high-tech and knowledge-intensive industries, which allows today to move to a new level of trade and economic relations with the countries of the Asia-Pacific region. So the volume of trade and economic turnover between Russia and Indonesia should increase more than 1,5 times and reach 5 billion US dollars to 2016 year through joint investment projects. It is planned that the announced figure will be even higher due to the implementation of investment projects in both Indonesia and Russia, as announced by Denis Manturov, Minister of Industry and Trade of the Russian Federation, during his working visit to Indonesia.

The head of the Ministry of Industry and Trade noted that today this figure is about 3 billion, and there is still a lot of work to be done to reach a new level of trade and economic relations and the implementation of new projects. One of the tools to achieve the goals is the intergovernmental commission on trade, economic and technical cooperation. After the completion of the formation of a new cabinet of ministers of Indonesia, preparations will begin for a meeting of the commission to be held in Tatarstan in March 2015.

The Minister also expressed confidence that the constructive dialogue between the countries that has developed over many years of economic relations will continue and develop. Cooperation will take place both in traditional areas and in new ones announced by the recently elected President of Indonesia, Joko Widodo. Both sides confirm their interest in reaching a new level of partnership between countries.
Joko Widodo emphasized that Indonesia is a developed maritime power, therefore the joint development of maritime transport and the island’s maritime infrastructure is a key area of ​​cooperation for both countries.

“Russian industry has export potential in a number of high-tech and knowledge-intensive industries and we are ready to develop joint Russian-Indonesian projects,” said Denis Manturov. - Since Indonesia is the largest island nation in the world, we count on the interest of Indonesian partners in developments in the field of shipbuilding, as well as joint projects in infrastructure construction, civil aviationsupply of machinery and equipment. ”

In the field of shipbuilding, cooperation projects with the United Shipbuilding Company (USC) are being discussed, including the localization of the construction of diesel submarines in Indonesia. USC will present its exposition at the IndoDefense 2014 exhibition, which will be held in Jakarta in early November of this year. More than twenty largest holdings and enterprises will take part in the exhibition. Compared to previous years, the Russian presence will be significantly increased at this exhibition.

The parties discussed plans for deliveries to Indonesia over the next 3 years before the 15 of the Sukhoi Superjet 100 aircraft. It is also planned that the production of components for the MC-21 aircraft will be organized in the country, which will guarantee the supply of these short-medium-range aircraft to the Indonesian market in the future.

Indonesian colleagues are counting on an increase in oil supplies to the country and on Russia's participation in joint projects in the field of oil refining, in particular in the construction of an oil refinery in Indonesia.

In addition, in February this year at the Indonesia-Russia Business Forum. Investment strategies ”were presented promising areas of development of bilateral relations, the Indonesian side expressed interest in the helicopter and automotive products presented by Rostec companies at the forum.

Prospects for cooperation are emerging in the field of engineering. In February 2014, KAMAZ signed with the Indonesian company PT. Tehnika distribution agreement for the supply of trucks with the possibility of organizing a service network in Indonesia. The possibility of building an assembly plant is also being considered. Currently, certification work is underway to organize the assembly of KAMAZ vehicles in Indonesia.

United Engine Corporation proposed options for the use of new Russian gas turbine technologies in the construction of power plants in Indonesia.

In metallurgy, UC RUSAL is exploring the possibility of creating a bauxite-alumina plant in the Republic of Indonesia. Also, VI Holding, together with its Indonesian partners, are planning to implement a joint project for the production of alumina.

In the field of chemical products, a significant increase in deliveries to Indonesia of Russian potash and phosphate fertilizers is planned. With the volume of the Indonesian market in 2,5 million tons, which continues to grow, exports from Russia today are only about 100-150 thousand tons per year.

The Russian side, in turn, is counting on an increase in the supply of Indonesian agricultural products and fish, it is also planned to set up joint ventures in agriculture and the fish industry in Indonesia. Today, the basis of Russian imports are food products and agricultural raw materials - more than 50%, including fats and oils, coffee, tea, cocoa.
Ctrl Enter
Noticed oshЫbku Highlight text and press. Ctrl + Enter
Military Reviewin Yandex News
Military Reviewin Yandex Zen
14 comments
Ad