Revolution in Ukraine will not. No matter what 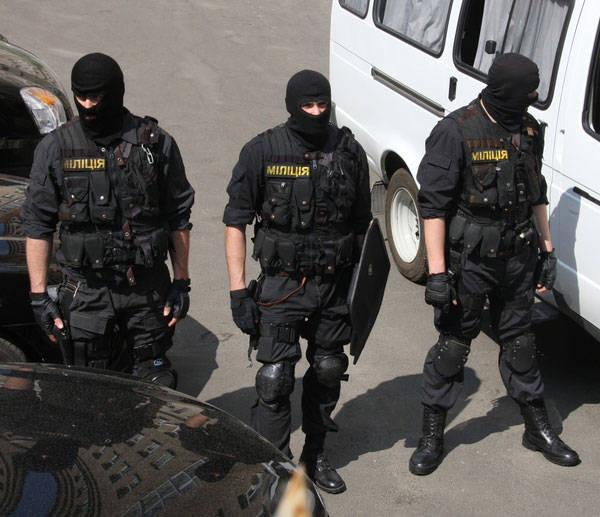 The 5 August arrest of ex-Prime Minister of Ukraine Yulia Tymoshenko for “contempt of court” caused a certain increase in interest in the legal process already accustomed to society regarding the 2009 gas agreements of the year. The eccentric behavior of the defendant was pretty much fed up with everyone, and her reminders of how she baked day and night about “the good of the people” began to cause a yawn. Therefore, the termination of the broadcast process on television, and then on the Internet, did not cause any particular emotions among the citizens of Ukraine.

And the time for expressing emotions is inappropriate. The townspeople have not yet finished the vacation period, and the village is busy harvesting and creating supplies for the winter. However, the main thing is not even that. The disappointment of citizens with the actions of the “orange” government headed by Viktor Yushchenko and Yulia Tymoshenko, those “gentlemanly” relations that reigned in their camp, are now complemented by growing skepticism regarding the ruling Party of Regions and its leaders.

As a result, apathy and indifference to politics and politicians in general is growing in society. According to a public opinion poll conducted in June by GFK Ukraine, 67% of Ukraine’s population does not trust President Viktor Yanukovych. If in December 2010, on 27%, more citizens did not trust the president than they did, in June, 2011, this gap increased to 48%.

The situation with Yulia Tymoshenko’s trust is even worse: in June 2011, the 52% more people did not trust her than they did. Today, 70% of Ukrainians do not trust the ex-premier.

Leading political forces of the country did not escape the crisis of confidence. If parliamentary elections were held at the end of May 2011, 22,8% of respondents (among those who would take part in the elections) would vote for the Party of Regions, 18,8% - for BYuT - Batkivschyna. Meanwhile, back in February, these figures were 31,9% and 19,7%, respectively. The trend is obvious.

It can also be noted that the rating of the Party of Regions decreases much faster than the level of support for the party Tymoshenko. However, such is the lot of any party in power. Much more should worry, especially the ex-prime minister, the fact that the rating of the main opposition force is not growing. And all for the reason that the number of voters who do not trust parties at all is increasing day by day. The May survey of the Razumkov Center showed that 32,8% of respondents “completely distrust” political parties, and 41,8% of respondents “rather do not trust”.

It is hard to believe, but even to the National Bank, the source of the numerous misfortunes of the “little Ukrainian” over the past 20 years, the level of distrust is almost two times less than to the parties, each of which claims to be the leader of the people.

“Glory to Ukraine!” Instead of “Long live the most humane court in the world!”

Tymoshenko expected to be arrested. Therefore, in advance prepared a video "Appeal to the people." It follows from the appeal that it “has no factories, power stations, lands, minerals, or dachas privatized in its favor”. “Everything that the state has, I put in the service of you, and not the thieves of politics,” Yulia Vladimirovna said cheerfully. At the same time, the former prime minister stressed that she does not need political asylum in any other country and will never run away from Ukraine, for “how much strength and life there will be” she is going to protect the people and Ukraine.

As for the prosecution, Tymoshenko is sure that “in addition to the sales courts of Yanukovych, there are other courts. There is a European Court where my legal correctness will be proved. And there is also God's judgment, from which neither the power nor the money of those who create injustice will protect. ”

The text of her appeal Tymoshenko completed the famous nationalist greeting "Glory to Ukraine!" It is necessary to respond to it "Heroes of Glory!". In this case, “heroes” are understood to be members of the so-called “nationally-willed zmagan”, in other words, members of the OUN / UPA gangs.

Maidan from the field of theory

And then followed the arrest. As usual, the "international community" responded. 8 August, the British Financial Times newspaper reported that the international community is putting increasing pressure on Ukraine so that the authorities in Kiev release Yulia Tymoshenko. 6 August, the US made an official statement saying that “the arrest of the former Prime Minister Tymoshenko raises concerns about legal norms in Ukraine and only strengthens suspicions that this is a politically motivated persecution.” Similar statements were made by the authorities of Canada, the United Kingdom and several European countries.

And what happens in Ukraine? Even on the eve of the arrest, Tymoshenko’s closest ally, although some say that the main rival is at the same time inside the BYuT, Nataliya Korolevskaya announced the party’s intention to hold mass protests in defense of Yulia Tymoshenko. “I warn the authorities that if you dare to arrest our leader now, depriving her of the legal right to personally defend her honest name in court, then our party will lead people to Maidan,” said the deputy.
At the same time, she called for supporters of all opposition parties to support the party and protect the "European choice of our country."

However, the Maidan is, for the most part, from the field of theory. For the very moment of the arrest of Yulia Tymoshenko, and in the BYuT, it seems, they knew that it would take place that day and pulled several hundred people to the building of the Pechersky District Court, showed that the people are not against shows, but do not want to take part in them . Even for a fee, everyone knows that political actions in Ukraine are held only if they are paid in cash with their participants.

Byutovtsy themselves admit that it is impossible to mobilize people for mass protests. This is what Aleksandr Turchinov, another close associate of the former prime minister, told the 8 in August: “On the day of the arrest, when a fight broke out during an attempt to remove Yulia Vladimirovna from the courthouse, about five hundred people (a clear exaggeration - Auth.) ... fought with the "Golden Eagle". But even more people (here he is telling the truth - there were a lot of onlookers - Avt.) Stood on the other side of Khreshchatyk, ate ice cream and took pictures! Perhaps someone among them sympathized with us. But the majority turned out to be not ready for action, feared and contemplated: I wonder what this will all end with. ”

Now I want to share my personal impressions. On Sunday, 7 August in Kiev was wonderful weather: the sun, no wind, + 26 in the shade. Many people of Kiev stretched to the beaches. Formally, they are all closed - a kind of stick appeared. However, in Ukraine it’s not something that bans, even nobody pays special attention to laws. I visited one of the beaches. I wandered among the rest for a long time, trying to hear how they were worried about the famous prisoner and to honor the “anti-people regime." However, none of them worried about the fate of Tymoshenko and her political allies, at least aloud. Nobody mentioned the “regime” either.

Subjects in people were different: children go to school, and the form has risen in price. But the cabbage on the market (by the way, the favorite product of Prime Minister Mykola Azarov), on the contrary, has fallen in price. On the Arabat Spit it is good to rest this season, and in the Crimea it is expensive, etc. Only one woman, as it turned out, in the past, a police officer, spoke, it was that "so Yulia should." Deserved, they say, by their past deeds. But the topic of development has not received.

However, there was one elderly man with a Western Ukrainian accent, who, moving from the couch to the couch, spoke about the merits of Tymoshenko and how wonderful it would be if she returned to Yushchenko’s arms. However, vigilant vacationers noticed that by engaging in “agitation and propaganda,” he recovers his strength with the help of a cocktail of vodka and kvass. And when this nationalist, having refined himself in such a way, started singing in Russian “the sea stretched wide ...”, he was offered to continue the author’s concert outside the beach ...

In BYuT they expected that the demarches of Western governments would lead, at least, to the release of Yulia Tymoshenko from custody. However, on August 8, the court refused to satisfy the defense motion to lift the preventive measure in the form of detention. Tymoshenko used to “systematically violated the criminal procedure code, did not appear in court at the appointed time, interfered with the establishment of truth, and that is why the preventive measure was taken in the form of detention,” explained in court. “The court sees no reason for changing the measure of restraint, because the petition of the defender does not have a justification for changing the measure” - that was the result.

Therefore, to all appearances, Yulia Tymoshenko still has a lot of time to spend in the cell “with a European-style repair” of the Lukyanovka SIZO, as the Ukrainian media emphasize. Until the completion of the trial and sentencing. The way back is hardly possible, because it will mean the defeat of the Party of Regions. In addition, the demarches of Western countries - this is not their united front. Informed opinions have already been expressed that the trial of Timoshenko in negotiations with the EU on an FTA will not be affected. As for the next tranche of the IMF, it is not so necessary for Ukraine today. Rather the opposite.

In addition, the “Arab Spring” showed that the Ukrainian authorities noticed and appreciated that the West could always “surrender” an individual to save the country in its sphere of influence. Oh, what a bosom friend of Washington was Hosni Mubarak, but even they donated.

For the sake of Yulia Tymoshenko’s political ambitions, the West will not go to the new version of the Maidan 2004. But it is impossible for the BYuT to organize a coup d'etat. The country is no longer the same, the people have become different, and the isolated opposition is not able to unite. Attempts are and will be, but that will all end ...

So, byutovets Sergey Sobolev announced on August 8 that nine opposition parliamentary parties signed a memorandum demanding the immediate release of Yulia Tymoshenko, and also agreed to create a Unified Committee to Resist Dictatorship. However, knowing the Ukrainian opposition, we can firmly say that they have not signed anything yet. Otherwise they would have shaken the paper with the text of this memorandum. And if they sign, so what? After all these parties, except BYuT - Batkivshchyna and our Ukraine which was half-ruined, are all dwarfed.

It can be assumed that the tents with supporters of the disgraced ex-premier on Khreshchatyk and near the court will stand for some time. While nobody touches them, and why? The more debris around them and the stronger the “fragrance” from dry closets, the more annoyance this will cause Kiev residents. Then, “at the request of the workers”, it will be possible to take care of the cleanliness of the main street of the capital. And there, you look, and the end of the trial comes in time ...

We are in Yandex Zen
CIA secret operation "Maidan-2"
List of destroyed the largest and most high-tech enterprises
7 comments
Information
Dear reader, to leave comments on the publication, you must to register.