Brazil: elections under pressure from the CIA 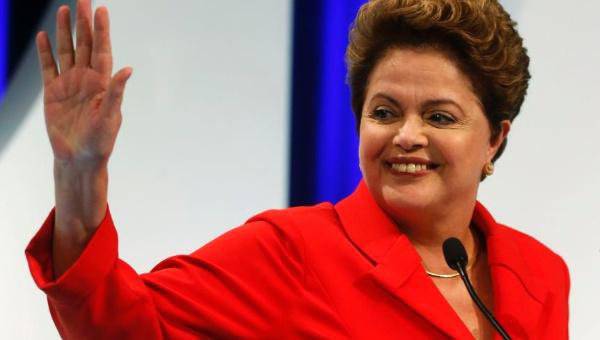 In the manifesto, which a few days before the decisive round of the presidential election in Brazil, 26 of October, was signed by more than two thousand political activists, intellectuals, cultural workers and artists, speaks of the hostile actions of Washington aimed at disrupting Dilma Rousseff's re-election. The manifesto is distributed in social networks. It states that the coming to power of Aesio Neves, a candidate of the Social Democratic Party (RSDB), serving the interests of the oligarchs, will cause irreparable damage to democracy in the country and remove all barriers to direct US intervention in Brazil. The weight is programmed to be the obedient executor of the will of the US administration. Washington is doing everything - and obviously, with the techniques of undercover struggle - to ensure victory for its protege in the second round of presidential elections.

In support of Neves thrown all the information and propaganda resources of the CIA. In Brazil, about 80 have millions of people accessing the Internet; 150 has millions of Brazilians having mobile phones. The security services of the United States have mastered the destabilization technology. Recent near football riots in Brazil have shown that a contingent for use in the Brazilian version of the “color revolution” has already been prepared and can be put into action at any time. 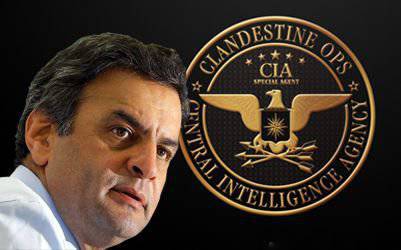 The activities of non-governmental organizations in the country are carried out without any restrictions, their members maintain close ties with US embassy and consular officials, USAID. The agents of the government of Dilma Rousseff are discredited through agents, the lies about the “inefficiency” of Dilma’s cabinet are replicated by all means, the paid experts predict a “sluggish development of events” if it retains the presidency. In the information space, dubious data about the “polls of the electorate” are launched, for which it is difficult to imagine the real situation.

The propaganda materials containing the forecast of the results of the second round of elections increasingly use the phrase “technical draw”, which opens up wide opportunities for CIA operators to manipulate, falsify and tamper with in favor of “their” candidate. Several years ago, a similar situation arose in Mexico, when Peña Nieto, a candidate approved by Washington, and López Obrador, a populist politician and fan of Hugo Chávez, fought for the highest post in the country. There were so many manipulations and frauds during the election in favor of Peña that many Mexicans still doubt his victory. However, Washington recognized the “transparency and objectivity” of the Mexican elections.

In Brazil, at the final stage of the election campaign, Rubens Barbosa, Aesio Neves' chief adviser on international affairs, whom Neves read for the post of foreign minister, became noticeably more active. Supporters of Rousseff consider him one of the main agents of influence of the CIA in Brazil. In the past, he was ambassador to Washington and London, and now heads the Foreign Trade Council of the Federation of Industrialists of the State of São Paulo. In keeping with Washington's orientation, Barbosa insists on "depoliticizing foreign policy" and "revising strategic priorities for the United States and China."

After the spy scandal associated with total American tapping of Dilma’s phones, members of her office, the leadership of the armed forces and special services, and the Obama administration’s refusal to apologize, Brazil further strengthened ties with China, which is its main trading partner since the presidency of Lula da Silva . Now Barbosa said that if Neves won, the United States would again take a worthy (read: decisive) place in Brazilian foreign policy.

About where Brazil will be deployed at Neves can be understood from the following words of Barbosa: “The passive approach to protecting our interests will be changed. This will not happen again. Bolivia expropriated two Petrobras oil refineries and the government did not protect the interests of Brazil. ” And behind the scenes Neves and Barbosa promise to allow American oil monopolies to the fields on the Brazilian shelf. As stated at the headquarters of Neves, a “more pragmatic policy” will be pursued, completely devoid of the “ideological approach” of the Workers Party. The position of Brazil in MERCOSUR, BRICS and other international associations will be adjusted.

Washington was seriously preparing for the election campaign in Brazil, now this work has entered the final stage. In the country through the Department of State and special services sent dozens of employees with experience in conducting similar operations in various regions of the world. In particular, Liliana Ayalde, the current US ambassador to Brazil, successfully established herself in Paraguay, where she did not allow the triumph of "populist ideology." Brazil is next in line. Alexis Ludwig, Paloma González, Samantha Karl-Yoder, Catherine Hoffman, Ami Radetsky are among the leading operators of the conspiracy of the CIA against Dilma. Special attention should be paid to the latter (its headquarters is located in the US General Consulate in Rio de Janeiro).

Just look at the Rodetsky track record to understand that in Washington they were prepared for the emergence of "non-standard situations" in Brazil. In the State Department, Radetsky participated in the formulation of a policy towards Brazil, her duties included monitoring processes in this country and assessing their impact on bilateral relations. Almost all the dispatches from the US Embassy in Brasilia went through Radetsky. A little later, she led a special department of the State Department, which monitored the occurrence and development of crisis events in the region and prepared operational reports for Secretary of State Kerry. And now - an urgent business trip to Rio! In anticipation of any crisis events, did Redetsky arrive in Brazil?

Venezuelan political analyst Eleasar Díaz Rangel calls the possible consequences of Dilma’s defeat a “catastrophe.” The governments of Lula da Silva and Dilma Rousseff opened the door to a better life for tens of millions of Brazilians who did not even have electricity before. The leaders of the Workers' Party initiated the profound positive changes that occurred on the South American continent. According to Rangel, the Obama administration has mobilized all opposition forces in Brazil and other Latin American countries, the full potential of news agencies and the media, to thwart the re-election of Dilma. In addition to the money allocated for propaganda, influential US financial and economic structures are involved in the campaign to support Neves.

Will the Brazilians be able to mobilize and avoid a catastrophe, the danger of which says Eleasar Diaz Rangel, we will know in a week.