Anatoly Wasserman: "The fever is not only oil. The binding of the ruble to the barrel is a consequence of a misunderstanding of the basics of the economy" 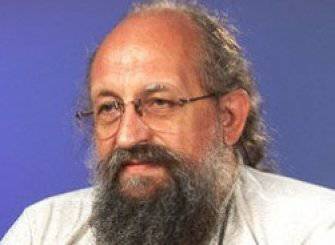 In our stories There were already two options for the effects of the oil collapse.

The first is in the 1980s. The oil collapse of that time turned into perestroika for us - and that, in turn, was a complete rejection of socialism and the collapse of the country. The consequences to this day are far from being cleared.

The second time is in 1997 – 98. Then, by the way, the financial crisis was also superimposed on the oil collapse. True, then Western Europe and North America managed to localize this crisis within Southeast Asia and the Russian Federation. For us, as is well known, the 1998.08.17 default was the consequence of this entire bouquet. But then the government was headed by people who were not afraid of scary words like “socialism” and “nationalization”. Thanks to this, we very quickly switched everything that was still available - despite all the efforts of reformers - the industry to import substitution mode. As a result, as Griboedovskiy Skalozub said about Moscow, “the fire contributed much to its decoration,” so then it would be possible to say about Russia of that time, “the default contributed to it a lot towards fortification.” Less than a year later, the economic collapse was replaced by rapid growth. Thanks to this growth, we have literally exceeded the pre-default level in all the main indicators in a couple of years. To this day, much of our economy is inherited from that push.

Unfortunately, now the economic bloc of the government consists solely of people for whom “import substitution” is a no less scary word than “socialism”.

Moreover, these people do not even understand the simplest elements of the economy. For example, they do not understand that any currency is ultimately provided with all the goods and services that can be purchased for it directly, without resorting to the intermediary role of other currencies. Instead, they (in the spirit of the so-called Washington Consensus, describing the conditions set by already developed countries to developing countries for the sake of delaying their development and thereby preventing competition from them) insist that the ruble should be provided only with stocks of other currencies — not goods and services. Naturally, any country can receive foreign currencies only as payment for export goods and services (and in exotic ways such as indemnity from the vanquished - like the United States of America now receive indemnity from all former socialist countries that decided to capitulate in the Third World War and were convinced that capitulation does not save from ruin, and often even accelerates it). That is, the part of the government that is formally responsible for all our production, is doing its utmost to ensure that the ruble is provided only with a very small — not needed by ourselves and therefore leaving abroad — share of this production.

That is why the ruble depends on oil. After all, its official rate is calculated only on the basis of the ratio of export and import flows, and not on the basis of resources circulating and used within the country. It is this compulsory peg of the ruble to only an insignificant part of what the country generally works with and what it generally has, which is precisely the reason for the oil rush of the Russian currency exchange.

It is clear that Russia cannot afford such a fever - if only because it fairly prevents growth. But in this case, the fever is only a consequence of other growth impediments created by the economic bloc of the government. I will note only the most famous methods of struggle of this bloc against life: a fundamental unwillingness to engage in import substitution; financial policy impeding the development of any kind of production; the maximum limitation of domestic lending, leading to the fact that both our banks and our production workers are forced to take loans only abroad ... and so on and so forth.

The current ruble oil fever - an indicator that it is the economic bloc of our government time after time, in the most diverse ways, is the main obstacle to the development of the economy. Russia, of course, can no longer tolerate such an oil dependence of the dollar - and in general can no longer tolerate such dependence of the Russian economic authorities themselves on what the foreign “Princess Marya Aleksevna” will say. So, can no longer tolerate in the government adherents preached by countless foreign princesses and their local servants (such as the Higher School of Economic Eradication) libertarian - promising the beneficence of unlimited economic freedom of the individual without any regard for society (and with extreme libertarians - even with the denial of the very existence of society) - creeds.