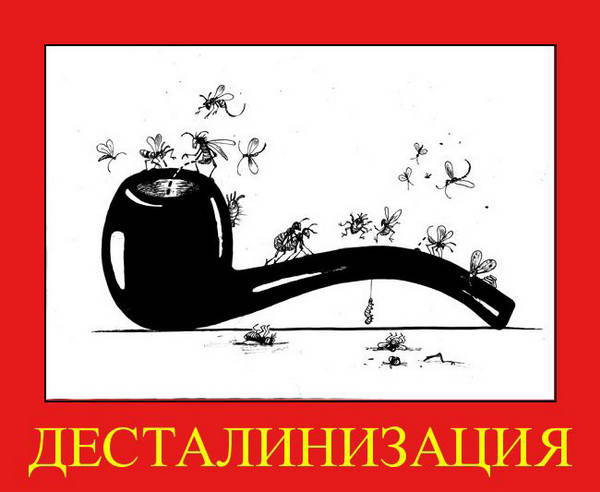 The idea of ​​de-Stalinization, which was made by President Medvedev, angered Russian society. Many public organizations have made a negative assessment of this initiative of the authorities. One of them was the organization "The Essence of Time". A few months ago, its activists conducted an All-Russian sociological survey to find out the attitude of the population towards the anti-Soviet policy of the Kremlin.

With a request to share information about the event and its results, we turned to Ilya Molchanov, a member of the Moscow Council of the Movement. Essence of Time

KS: What was the reason for conducting such a survey?

I. Molchanov: We know that the authorities are actively attacking the souls of people in an effort to erase the memory of achievements and successes in the past. An understandable desire - if this is not done, then people will indignantly reject the "achievements" of the present. The greatest achievements of Russia - both economic, social, and geopolitical - took place precisely in the Soviet period. Therefore, it is the Soviet period stories and subjected to the most brutal and comprehensive denigration and terror.

As the beginning of a new wave of this terror, the Council for the Development of Civil Society and Human Rights under the President of the Russian Federation presented to the authorities a draft under the conditional name “De-Sovietisation”. The exact title is “On perpetuating the memory of victims of the totalitarian regime and on national reconciliation.” The program is extensive, as always there are many common, and, in general, good words about reconciliation, about the memory of victims, etc. But most importantly, the program contains a number of specific measures, the implementation of which will lead to a powerful blow to our people and country. The authors of the program widely advertised their offspring, disclosed in detail in the media what they had in mind. For example:

1. It must be admitted that “after the last 100 years, the people of Russia have almost no respect for themselves”.

2. It is necessary to recognize the Soviet period of our history as one big crime, and the Soviet Union as a criminal state.

3. It is necessary to recognize that “all Russia is a big Katyn”. This refers to the point of view that the mass graves in Katyn - the work of the NKVD.

4. It is necessary to recognize that in the USSR a “genocide” was carried out, that is, the Soviet state deliberately exterminated the Soviet people.

5. It is necessary to recognize the USSR as a "totalitarian state" and on this basis consider it the same as Hitler's Germany.

6. It is necessary to recognize that the USSR is responsible for the outbreak of the Second World War, along with Nazi Germany.

7. It is necessary to rewrite history textbooks in order to reflect in them everything that concerns the genocide in Soviet times and the USSR as a criminal state.

8. It is necessary to prohibit being civil servants to people who doubt that the Soviet Union was a criminal state.

In order to stop the attack on our history, activists of the Essence of Time movement conducted a survey on people's attitudes towards this presidential program. Of course, we understood that the liberals are not interested in history, they only use the blackening of the past to clear their way to the present and seize our future. We needed to present a professionally made sociological study that would serve as a solid scientific foundation for repelling an attack. A conscientious scientific study can be an excellent propaganda tool.

KS: When was the survey? What kind of audience have you reached?

I. Molchanov: The survey was conducted during the month of April 2011. Immediate coverage can be noted - 36014 respondents were interviewed in 1732 settlements of 77 regions, territories and republics of Russia. The sociological centers serving the authorities interrogate, at best, 1000-1600 respondents in several dozens of cities and villages. In fact, the survey - the most ambitious in Russia over the past 20 years. This sharply distinguishes the survey among all other studies.

KS: What were the main questions of the questionnaire?

I. Molchanov: In the questionnaire there were two main questions about the attitude towards the program of dessovetization, namely:

1. Do you agree to the implementation of such a program?

Also a number of standard questions about age, place of residence, income, religion, etc. The questionnaires themselves are in the Kurginyan Center and any organization can check their accuracy.

KS: Who did the research and how?

I. Molchanov: Our survey was conducted by activists for free. The questionnaire was compiled by professional psychologists. Activists are thoroughly instructed and motivated to obtain objective results, without fitting. “To know the society in which you live” was the main slogan of this action. I myself participated in the survey and I know the situation from the inside. Often it happened that an activist received discouraging answers to him, where people fully supported desovetizatsiyu and asked on the forum “How can people SO respond?! And what should I do about it? ” To which his comrades together explained to him that this is real life and, of course, he must send these questionnaires without trying to embellish reality. I, conducting a survey, never conducted propaganda and politely thanked everyone for their participation, including those who gave answers that were completely opposite to my beliefs. In general, the attitude towards data reliability was very serious. Therefore, the result is not just a propaganda tool, but a scientific study of public opinion.

KS: What are the survey results?

I. Molchanov: The main result is obvious - 90% of people were against the implementation of this program and 70% are very negative about it. That is, the position of our citizens is clearly and clearly expressed. They are against desovetisation. This means a high potential of Soviet ideals in people's minds, even if somewhere subconsciously.

KS: How will you use the results?

I. Molchanov: This means that all left forces can and should use this survey for propaganda in several directions:

It is necessary to show disunited, atomized people that they, in their quest for Soviet ideals, are not alone. That such as they - is real, the majority!

It is necessary to present this to our ideological opponents in disputes. They have no adequate answers. In several TV shows I saw how Kurginyan presented to his opponents, including the authors of “de-Sovietization” themselves, the results of the survey. None of them could not refute the authenticity of our research! Thus, we have obtained a powerful scientific fact that allows us to refute the speculations of the liberals that “nobody is interested in the scoop, the youth do not think about it, only the old people in the village still cling to Soviet ideals”, etc.

It is necessary to present this to the authorities, showing the true mood among the people, explaining that a forceful attack on people's memory will cost them dearly.

By the way, Kurginyan spent a lot of work on p. 3. And our movement believes that it is thanks to this survey and the promotion of its results that the activity around the de-Sovietization program has now drastically decreased. "The Essence of Time" actively promotes the results of the survey in all possible environments. First of all, on the Internet on websites and blogs, in leaflets and brochures. We are willing to pass on the survey materials to any public and political organizations interested in protecting our history and our values, we are ready to participate in joint propaganda campaigns.

The survey conducted is completely based on the ideological platform of our movement “The Essence of Time”. We consider the Soviet Union the most important source of ideas for the development of our society and humanity as a whole. Of course, we also need a careful analysis of errors, and they were. The USSR was defeated and destroyed during the Cold War. What exactly from the Soviet experience you need to embody life, what to adjust, what to refuse. These issues are trying to solve our movement, creating the so-called "Fourth Project".

We are in Yandex Zen
About Stalin and Khrushchev
Evaluation of state and political figures: survey results
20 comments
Information
Dear reader, to leave comments on the publication, you must to register.