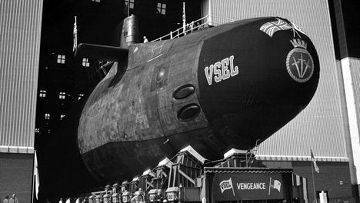 Historians have had great pleasure in criticizing President Dwight Eisenhower's policy of "new look" in recent years. For the first time, the 162 / 2 30 of October 1953 of the National Security Council document, the “new look” policy shifted the focus of national defense from conventional capabilities to nuclear weapon. Eisenhower's message was simple: the United States would fail if they tried to maintain parity in conventional weapons with the Soviet Union. A strong and reliable nuclear arsenal was considered as something much less expensive and equally, or even more effective means of deterring Soviet aggression.


This policy has been successful in protecting American sovereignty and vital interests. But where she showed her flaws was in limited war scenarios. In several cases, the Soviets took aggressive action in a number of places where the United States had little or no interest. However, this policy was not created to respond to literally every possible strategic challenge.

Despite current efforts to reduce and destroy a nuclear arsenal, we may soon need to wipe the dust off the “new look” policy and turn again to nuclear weapons as the basis of national defense. Three principal reasons explain why.

First, long-term economic projections state that America’s financial position will be relatively bleak. Now the level of public debt is 90% of the gross domestic product (GDP) - 13 trillions of dollars - and already this decade can reach one hundred percent mark. The Congressional Budget Office has already warned Congress about the dangers of a sharp increase in debt. Another major concern is cost approval.

Now transfer transfers constitute more than 60% of the federal budget and will increase even more significantly when the health care reform comes into force. Given that only 41% of revenue comes from private sources (this is the lowest figure for the entire history) - The private sector can no longer support an ever-expanding and expanding federal budget. The simple fact is that the government, in general, and the Ministry of Defense, in particular, must tighten their belts.

With defense expenditures accounting for more than 50% discretionary spending (spending over and above that is vital), the Department of Defense budget is a tempting subject for future spending cuts. Defense budget cuts of around 400 billions of dollars have already been proposed, and the Office of Administration and Budget is calling for a reduction in the share of defense spending from current 4,5% to 3% of GDP. A sluggish economy, ongoing conflicts in South and Southeast Asia, and greater than expected subsidy claims, can lead to defense spending being reduced even more.

In fact, efforts are being made to limit spending on health care, payments, bonuses and other items in the Ministry of Defense.

Secondly, the replacement of current nuclear capabilities in the field of conventional weapons is an expensive and unrealistic proposal. According to calculations, the cost of this will be about 50 billions of dollars a year - scientists, military laboratories, warheads, delivery platforms and services are included in this amount. Against this background, the nuclear complex looks profitable. It costs less than 10% of the defense budget for 2010 a year. Despite the fact that less than a dollar out of every ten defense dollars is spent on supporting a nuclear arsenal, Eisenhower's message that nuclear weapons are an inexpensive alternative to a large number of conventional weapons remains relevant even after almost sixty years.

If the programs for acquiring В-2, F-22 and future combat systems can teach us something about the projection of military capabilities into the future, it’s that we can count on much less than expected, and for a much higher price. than planned. In the case of the B-2, the air force expected to get the 132 new Stealth bomber to its warehouses. Instead, they got 21. The situation with the F-22 is not particularly different, the procurement program implied the ability to put fifth-generation fighter jets on combat duty, then this number was reduced to 750. The “future combat systems” (The Future Combat System) were even worse until the project was canceled this year.

In the absence of the overwhelming trend of a miracle, the US military may well expect that they will have a much smaller arsenal of expensive systems that future presidents will try to maintain rather than expand. While each system will be more efficient than the previous one, they will come in such small quantities that their scarcity will be able to restrain future presidential actions. However, the lack of superior capabilities in the field of conventional weapons may increase stability with respect to Russia and China.

The ongoing US race for superior capabilities in the field of conventional weapons may be more destabilizing than a decision to rely on our nuclear arsenal. The United States must be careful and cautious in order not to provoke a deterioration in relations with Russia and China or to induce them to build up conventional weapons in opposition to Washington. In addition, the Iranian and North Korean leaders behave badly, of course, but they are deterred from particularly decisive actions by the fear of a possible American nuclear strike, although they understand that using nuclear weapons against the United States could cause a similar nuclear response. conventional weapons are most concerned about both leaders. The invasion of American forces from Iraq or South Korea may cause much greater concern than the prospect of a nuclear strike. For these people, nuclear weapons are a logical opportunity, since they are trying to contain American aggression.

Take a look at the map of Iran. To the west of it is Iraq. In the east - Afghanistan. Iran turns squeezed, like a hamburger cutlet, between large American occupying forces. Is there anything surprising in the fact that Iranians are striving to implement a nuclear weapons program?

In the absence of sufficient supplies of its magnificent and superior adversary conventional weapons, the United States must once again return to the very approach that has proved its effectiveness against the most basic task prescribed by the constitution - guaranteeing national sovereignty. In this attempt to defend against real, existing threats, nuclear weapons should play a permanent, ongoing role. A “new look” can serve as the basis for such a policy.

Dear and state-of-the-art capabilities in the field of conventional weapons for waging war will not solve our security issues in relations with major powers. The reality that the major powers have sufficient nuclear forces to launch a nuclear strike, says that these possibilities are excluded, both from a military and from a financial point of view. America should no longer plan major wars with the use of conventional weapons with large countries that have nuclear weapons, because it turns out to be very expensive to ensure superiority with conventional weapons, once and twice, this can lead to the risk of a dangerous arms race (although conventional ) and the complication of relations that can lead to war.

Further, any major conflict in the field of conventional weapons with a major power carries with it the risk of a possible development of events towards the use of nuclear weapons if war does occur. However, this article does not imply the intention to speak in favor of reducing superior capabilities in general, I am only talking about restricting their production. In other words, the United States needs serious ground forces for stability and counterterrorism operations, along with some modern high-tech capabilities to deter, and if necessary, respond to aggression. But Washington should not try to deploy such a number of systems that a large-scale war with conventional weapons against a major power could be considered as a real possibility. With this in mind, the nuclear forces provide the necessary insurance against threats to the United States and its vital interests.

And thirdly, as the number of nuclear-weapon states grows, the importance of the American “nuclear umbrella” will increase. A recent article suggested that the United States needed 311 nuclear weapons to maintain an effective deterrent system. Nothing could be so far from the truth. This viewpoint does not take into account the importance of an expanded deterrent system — for Washington and for its allies.

If, for example, Iran tests and deploys nuclear weapons (as he seems intent on doing), the United States may have to expand its nuclear shield on the Allies in the Middle East or simply watch how many states in the region “become nuclear "Yourself. The latter possibility is not in the national interest of the United States. If America continues on its way to a nuclear arsenal of 311 deployed strategic nuclear warheads, the country will not have enough strength and confidence to assure the security of its allies and restrain opponents. Those who seek to maintain a “minimum level of deterrence” send the wrong signal to those who resolve these issues.

Although the driving force seems to be pushing the country toward a variant with a small nuclear arsenal and ultimately denuclearization, world events and a weak economy can again bring to life the need to rely more heavily on nuclear weapons. Those who assume that precision weapons constitute a “new triad” are mistaken. Nuclear weapons have no replacement, and it is unlikely that there will be an effective replacement in the foreseeable future.

Perhaps the best thing to remember is President John Quincy Adams’s address (John Quincy Adams) on Independence Day 1821, when he said, “Wherever the standards of freedom and independence are spread, now or in the future, America will be with them with their hearts, with their prayers and with his blessing. But she does not go abroad in search of monsters for destruction. ”

We are in Yandex Zen
America scare Russian missiles
Nuclear triangle
2 comments
Information
Dear reader, to leave comments on the publication, you must to register.