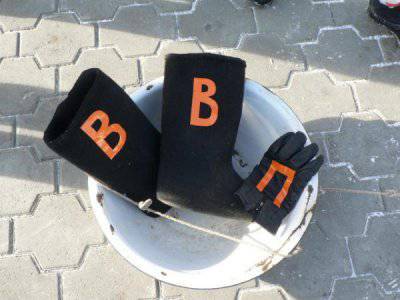 Very often, in discussions, the main achievement of GDP is the multiple increase in GDP. But not in the sense that Putin grew up above himself and began plowing the spaces of the opera house, but in the sense that during the years of Putin’s rule, the gross domestic product of Russia grew. And many argue that has grown tenfold.

First you need to understand that GDP is different.

Nominal GDP is the value of all final goods and services expressed in current market prices.

Real GDP is GDP in prices of the previous (or any other) year, adjusted for inflation.

Comparing the nominal values ​​of GDP for different years is nonsense. So you can compare GDP for 1997 and for 1999 year in rubles and see the phenomenal growth, which was caused only by the fact that after the 1998 crisis, the ruble exchange rate has decreased, and the prices have increased significantly. As a result, the nominal GDP seems to have grown, and the population has become poorer.

Even in dollars, nominal GDP for different years is incorrect to compare, because the dollar is also subject to inflation, no matter how strange it may seem to some.

To determine the growth of the economy you need to compare the real GDP, calculated taking into account the index deflator.

Real and only real!

There is another good indicator - GDP at PPP. This is a calculation of GDP, taking into account the purchasing power parity of the national currency. What is different about the amendment to the PPP from the amendment to inflation - I will not retell, otherwise experts will fly in and will find fault with every word. Who cares - read the economic literature.

Just give the data:

Wow! And here is the same thing! Coincided!

And where is the growth tenfold?

In 2000, I had enough 20 rubles for lunch, today I need 150-200 in the most modest institution. Traveling by bus cost 6 rubles, today 17. Kommunalka was about 1000 rubles, today 5000. And so on. Least of all have changed the prices of computers, cars and other junk, which for most people is a smaller part of the costs. And food, utilities, rent, gasoline and other fixed costs that eat up most of the salaries (and therefore generate the lion's share of GDP in the country) - they have grown very significantly over the past 14 years.

You can still calculate the per capita GDP, but this will not make a big difference, because the change in Russia's population over the 14 years is less than 1%.

But I can provide other interesting information:

The total fortune of 20 by the richest Russian businessmen according to Forbes:

True, this is not a correction for inflation, but the data are in dollars, so here the amendment will be within 30%, who wants to be able to calculate more precisely.

I don’t see any data earlier than 2005 of the year on the Forbes website, so I’ll only provide a comparison for 9 years.

So: the growth of the state of Russian billionaires over 9 years turns out more than Russia's GDP growth over 14 years!

What does it mean?

In Russia, over the past 14 years, the difference between the incomes of the most affluent part of society and those of the least affluent has increased significantly.

And if you divide the population in half according to the income criterion, then the less well-off half of the income (adjusted for inflation) did not grow at all.

Similarly, it can be distinguished from the total population of the inhabitants of Moscow and St. Petersburg - their incomes, even when adjusted for inflation, have increased several times, significantly overtaking the growth of the country's GDP. This means that the income growth of the rest of Russia is much more modest (than GDP growth) - about 1.3 - 1.5 times. And if all the megalopolises of the country are separated and counted only incomes of the population living in settlements with less than a million inhabitants, then income growth will be barely noticeable at all (adjusted for inflation, we never forget about it).

This means the following:

Over the past 14 years, the rich have become richer, while the poor have remained at their pennies.

That is, all or almost all of the GDP growth is accounted for wealthy citizens, residents of Moscow, St. Petersburg and several other megalopolises, as well as employees of banks, large corporations and officials.

In Russia in recent years there has been a growing gap between the incomes of 20% of the most affluent citizens and the rest of the masses, between incomes in Moscow and St. Petersburg and in the regions.

The gap between the incomes of wealthy citizens and the majority of the population is present everywhere or almost everywhere (we do not consider the DPRK). The gap between incomes in the capital and in the provinces is also. Social inequality is the friend and brother of capitalism and democracy throughout the world.

In Russia, the income gap and the level of social inequality are many times higher than those in developed countries and correspond to those in Africa and Latin America.

And this record income gap continues to grow! The level of social inequality is already very large and at the same time it does not decrease, but grows and grows. All recent years.

Russia is becoming a country of sharp contrasts with a critical level of social inequality.

A similar situation with a high level of social inequality was ... in 1913 year. The consequences we know.

This is what Mr. PeZhe brought the country to (s)

For those who, despite the above statistics, will object that his income has grown dozens of times since Yeltsin’s time, and even when adjusted for inflation, I explain separately:

If a person in 1997 was a student and got a first job in a pizza peddler where he got 500 rubles, and today he is working as a lead programmer, economist or shop manager and gets 50 000 rubles - this is not an indicator of economic growth. It’s just that a person has gone the natural way from a student on a part-time job to an experienced professional, whose income is naturally much higher.

Do not confuse personal career and business success, as well as moving from the province to Moscow with economic growth.

And we still have to remember about inflation.

But what about the increase in pensions? They have grown 15 times!

Adjusting for inflation - we get 2-2.5 times. The growth of pensions is slightly ahead of GDP growth and this is done for political reasons. To vote. Because pensioners, along with officials and a wealthy part of society, form a confident majority. And they are relatively inexpensive. True, this is also a deterioration of the structure of the economy, when the growth of pensions overtakes the growth of workers' wages (hence the problems with the pension fund and the actual failure of the pension reform). But pensions are a separate conversation.

The main thing - I repeat - the growth of real GDP (GDP adjusted for inflation) over 14 years is only 1.75 times.

And this is the data of the Federal State Statistics Service.

And no dozen times!