M. Khazin, "Is there something in the markets?" 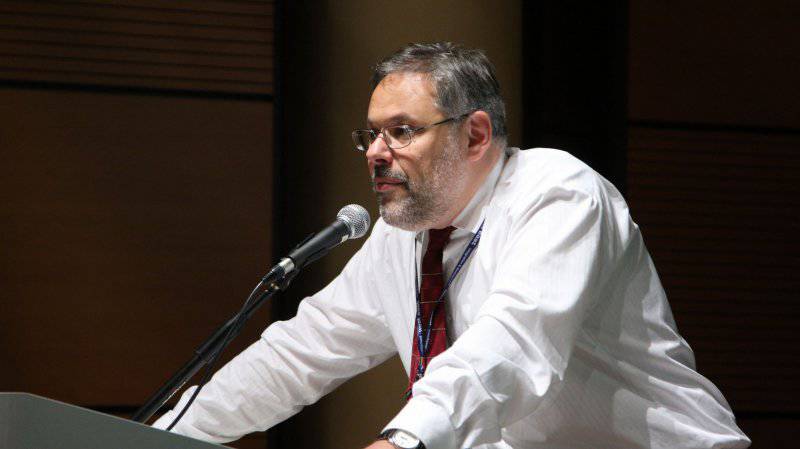 Yesterday there was a slight panic in the global markets. By the end of the day, it was possible to localize it, but the question itself remained. The fact is that in the conditions of a sharp fall in financial assets, people are usually somewhere, as they say, “shifted”. But today it is extremely difficult to do this - there are practically no liquid and rather interesting from the point of view of receiving profit assets. This means that the collapse can be very strong and will be accompanied by a sharp increase in the dollar exchange rate - which can lead to all sorts of negative consequences for the US economy.

In fact, the troubles are already beginning. Almost all businessmen and politicians believed that as the holiday season comes to an end and the next business cycle begins, the situation in the global economy will improve. Moreover, politicians are constantly pushing this as part of their public speaking. However, the reality of this opinion is refuted - the statistics are disappointing (see http://worldcrisis.ru/crisis/1673881). And if we take into account the real inflation, which is everywhere underestimated, then the figures are quite gloomy. A. let's say. The Labor Statistics Department of the United States Department of Labor is lying to such an extent that it even causes smiles even in the American press.

In general, it looks gloomy enough, but there is no good way out. The fact is that at the end of any sales chain is the final demand, and it falls. This means that there is no objective basis for the growth of assets and is not expected. Theoretically, you can try to improve things in one place of the world economy (sectoral or geographical) at the expense of others, but from the point of view of the dollar it does not make sense - there are no non-dollar economies in the world, the whole planet is one system of division of labor. And therefore - the only possibility is to throw an extra amount of dollars into the system.

That is - to start a new wave of emission. Actually, the experts of the last weeks have already begun to talk about it, which, against the background of more recent conversations about the complete cessation of issuing programs and even tightening monetary policy, already looks extremely pessimistic. But the main thing is different. All emission mechanisms in the USA are arranged in such a way that redistribute emission resources to the financial system, which, of course, takes the lion’s share of the money generated. Since the issue is not the creation of a new profit, but only a redistribution of the existing one, we get a situation in which the real sector, which is on the verge of profitability, will, in a significant part, be thrown over this edge.

At the same time, unlike the first years after the fall of the 2008 year, when the loan multiplier was still high, today it is around 4 (that is, at the minimum for a normal, without a “non-payment crisis” economy), which means that the new issue will inevitably cause inflation . And inflation growth is a drop in real private demand, that is, an additional deterioration in the economic situation. That is - the maintenance of financial markets (stock, first), will inevitably cause a new round of decline in GDP and the economy.

Of course, the statistics will come off. But the fact is that the producers themselves see the balance of incomes and costs perfectly, and when the first ones are reduced, and the second ones grow, then they don’t give a damn about official statistics. So that unemployment will rise, and wages will fall, and many other negative processes will manifest themselves.

In this case, the problem of assets is not going anywhere. It is becoming more and more difficult to get profit, and few people need unprofitable assets. It is for this reason that the dollar is constantly growing relative to other currencies: at least its liquidity is high. But the growth of the national currency against the background of depression did not help anyone, rather, on the contrary.

The fall in world oil prices has also made a negative contribution to the problems of the US economy. The fact is that in the last year in the USA a lot was invested in various near-energy projects, and the price reduction sharply lowered their profitability. Which is also not very good, since the overall profitability of the economy has not yet grown (the costs still need to be covered!), But the possibilities for attracting new investments have weakened ... The only thing that can help the US economy is the rise in oil prices, with provided that this growth will be only outside the US. But, as I wrote in one of the previous articles, this requires a fundamental change in the pricing model in the oil market, which can be done, but not quickly. And, apparently, the US has no time.

Experts believe that the situation will clear up in a few weeks. It may happen that the “hole” will be closed, and the stock “bubble” still has potential for growth. But it may also happen that the collapse begins ahead of time (that is, the end of 2015 of the year), before this potential is completely exhausted. In any case, the situation is not just tense, it is, in a sense, hopeless, since it is completely incomprehensible at the expense of which resource one can get out of the crisis. Yes, some countries can somewhat improve their situation at the expense of others - but almost no one can avoid a rather serious recession. Well, perhaps, with the exception of us, but for this we need to change the state management system and the staff of managers so much that somehow I can't even believe it ...

So it remains to prepare ...