Day of the Military Communications Officer


In order to revive and develop domestic military traditions, increase the prestige of military service and in recognition of the merits of military specialists in solving the tasks of ensuring the defense and security of the state, I decree:

Install in the Armed Forces of the Russian Federation: 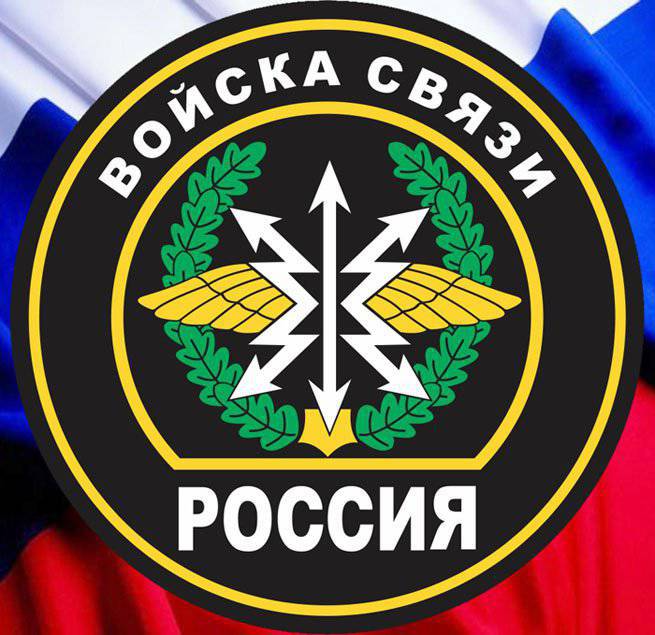 The USKA (Red Army Communications Directorate) was formed by the order of the RVSR No.1736 / 362 of October 20 1919 as part of the RVSR Field Headquarters based on the post office and telegraph department. According to the regulation announced by the order RVSR No.1885 / 396 from 12 in November 1919, USKA is entrusted with the management and management of all means of communication attached to troops, headquarters, offices and agencies. In 1920, special attention is paid to inspecting the units, institutions and directorates of communications of the Workers 'and Peasants' Red Army, supplying them with special communications assets, for which the telegraph and telephone and radio telegraph departments and the military department of the Electro-Trust are to be transferred to the staff.

However, it cannot be said that before the 1919, in the national army, communications units were missing. Even with the advent of the telegraph, military communications reached a new level of development. In Russia, the first attempts to introduce a telegraphy technique for the exchange of information between divisions of troops were undertaken in the 70 of the nineteenth century.

A special role in the development of communications and the introduction of new technologies in the military communications system was played by the Russian physicist and inventor Alexander Stepanovich Popov. In 1895, Popov presented his scientific invention to the scientific community, which produced a real revolution in technology. A.S. Popov presented his famous radio receiver (he is, in fact, a radio transmitter), which embodies all the achievements of electrical engineering known at that time. In 1897, Popov conducted spectacular experiments on the transmission of a radio signal in the Baltic. 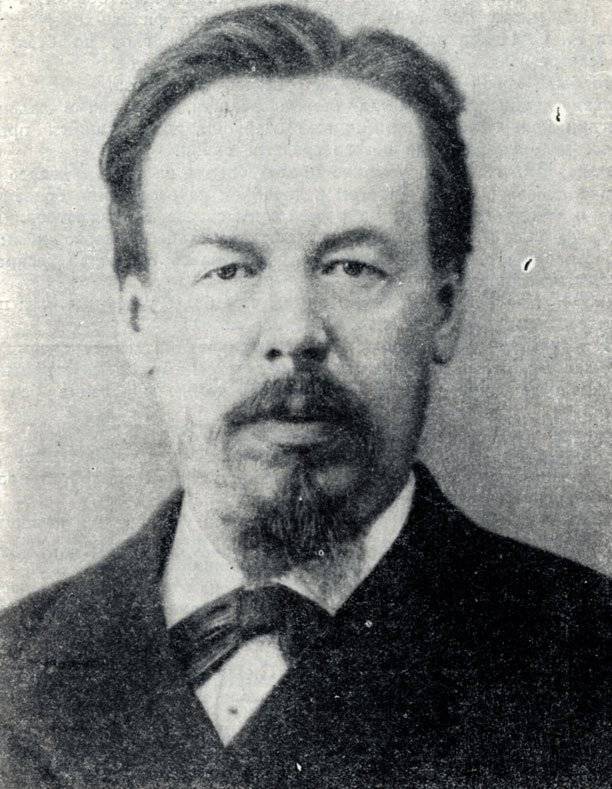 To conduct his experiments, Popov received 900 rubles from the state. The physicist conducted a series of tests, during which he first achieved stable signal transmission at a distance of 700 m. Next, the transmitter power was increased. Alexander Popov placed him on the island of Playful (Teikar-Sari) in the Vyborg Bay and achieved an increase in the distance at which his radio device worked effectively to 3 miles (3,2 km). The final stage of the test was no longer carried out between land and ship, but between two ships. It was a cruiser of the Russian imperial fleet "Africa" ​​and the training ship "Europe". Like the previous ones, the experiment ended successfully.

Popov himself wrote about his experiments in the fleet (year 1898):

At present, the question of wiring between squadron ships can be considered resolved. In the near future, it is advisable to supply several Practical Squadron ships with instruments and people trained in telegraphic work in order to make an assessment of the usefulness and applicability of new instruments in daily use and in various accidents of the maritime service.

And the usefulness of this kind of connection exceeded all expectations of both the sailors and Alexander Stepanovich himself.

With 1905, the military signalmen begin to master radio receivers (transmitters) in combat. The first tests were conducted by officers who received training in special classes of radio property depots in Krasnoye Selo during the Russo-Japanese War.

It is difficult to overestimate the contribution of military communications in the years of various wars and armed conflicts. Sometimes the outcome of the whole operation depended on the determination and dedication of the military communications officer. The lack of communication led to a loss of command and control, and therefore its restoration was one of the most important tasks. During the years of the Great Patriotic War, military signalmen went for real feats in order to establish a stable connection as between separate units of the Red Army and command posts located in the rear. For courage and heroism, many military signalmen during the Great Patriotic War were awarded orders and medals. The first military signalers who were awarded the titles of Hero of the Soviet Union during the Great Patriotic War were: A.V. Ryzhikov, F.A. Luzan, A.I. Raschupkin, N.P. Gubin, M.I. Sinelnikov, E.V. Tyagushev, A.K. Mary.

The first signalman in the history of the Fatherland, who received the title of Hero of the Soviet Union, was Peter Desnitsky in 1936 year. In October 1936, Peter Pavlovich on a damaged plane Potez fought off four enemy planes in the Spanish sky. In spite of the wound received in battle, the gunner-radio operator Desnitsky opened fire on the enemy aircraft attacking him and shot him down, after which Potez was able to sit between the trenches of the Spanish Republicans. Peter Desnitsky - a real Russian volunteer - December 31 1936, was awarded the title Hero of the Soviet Union with the award of the Order of Lenin, and then the Golden Star. Today, one of the streets of the Belgorod settlement Ivnya, in which Peter Pavlovich Desnitsky lived for a long time, is named after the hero. Pyotr Pavlovich was buried in the suburban town of Zheleznodorozhny. Monument at the grave of Peter Desnitsky: 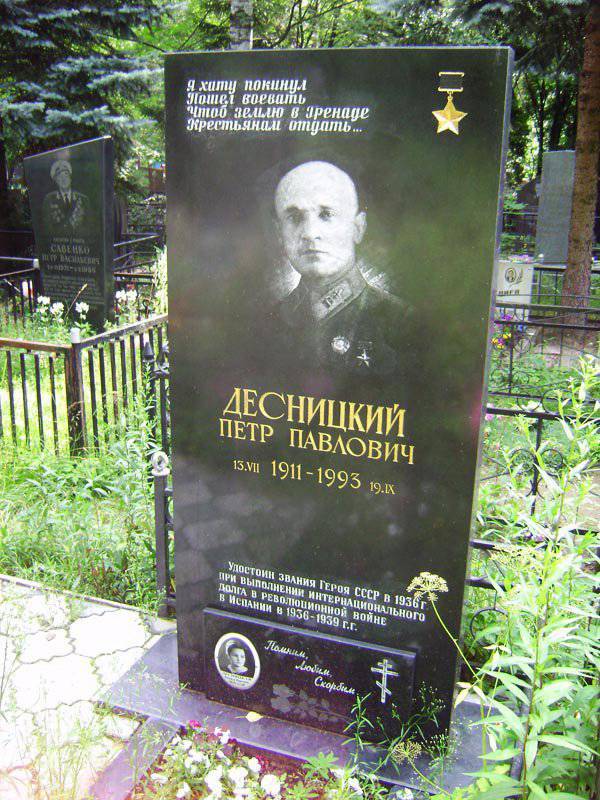 One of the brightest heroic episodes of the Great Patriotic War, is associated with the feat of Sergeant Novikov near Moscow. This feat is sung in the famous poem of the poet Alexei Surkov:

That winter day was gloomy and gloomy,
Trembled by explosions near Moscow log.
The signalman squeezed his teeth thin cord
And for a snowdrift, shooting, lay down.
Only an hour later he was found in the snow,
In the eyes of the big blue,
Between the dead lips flowed over the wire
Lively team hard words.

Sergeant 28-th separate Guards battalion of communication 16-th army Novikov was ordered to eliminate the line break. The sergeant found the place of the break, but at that moment the Nazis noticed him, opening heavy fire. In order not to lose time, the fighter clamped the ends of the wires between his teeth and joined the battle. The bullet tore his life, but the task to restore the line of communication was completed. A few hours later, the body of the sergeant-hero was found by fighters from one of the units of the Red Army.

Historians today argue about where the sergeant Novikov came from and what year of the call, but this does not prevent them from agreeing on one thing - the feat of the communications sergeant is a historical fact that personifies self-sacrifice for the sake of a great cause. 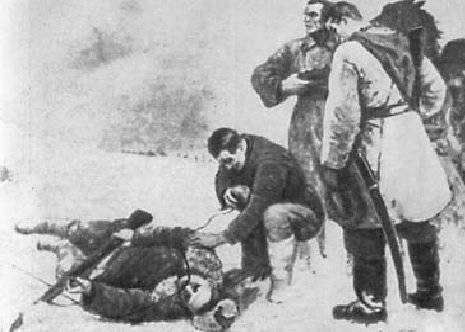 The Day of the Military Communications Officer today turns into a celebration of technology. The troops are upgrading communications equipment, and therefore a special role is played by the quality training of military communications personnel for effective work in the Armed Forces. 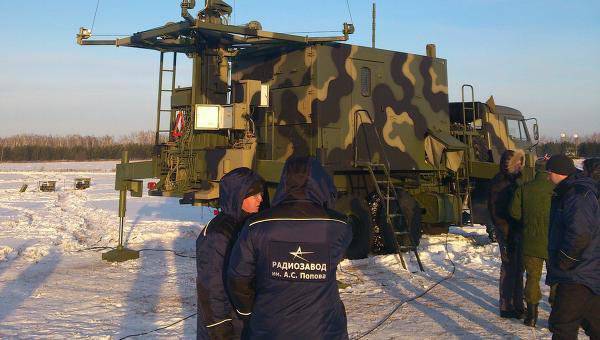 "Military Review" congratulates all military communications people on their professional holiday and wishes to reach new heights in improving their skills. Special thanks on this day to the veterans of the communications troops who have devoted many years to serving the Fatherland for the benefit of developing the military communications system. Happy holiday!
Ctrl Enter
Noticed oshЫbku Highlight text and press. Ctrl + Enter
We are
October 20 - Military Communications DayOfficer diploma deprived of state prestige
70 comments
Information
Dear reader, to leave comments on the publication, you must to register.