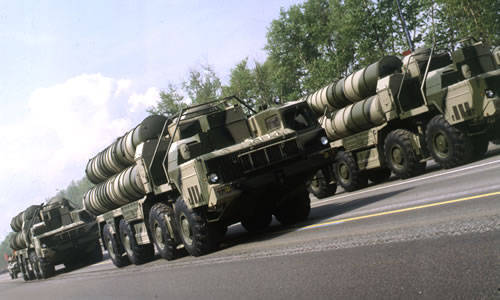 The NATO leadership expressed its concern over the fact that Russian and Chinese anti-aircraft missile systems are participating in a tender for the purchase of air defense systems announced by Turkey. As stated by the NATO military, the purchase of Russian or Chinese air defense missiles will lead to the fact that Turkey will not be able to receive intelligence data from Brussels on the launches of ballistic missiles.


Recall that back in 2009, Turkey announced a tender for the purchase of anti-aircraft missile systems worth a billion dollars. Four parties are currently taking part in the tender: American companies Lockheed Martin and Raytheon with their PAC-3 Patriot complexes, Eurosam European consortium with SAMP / T Aster 30, and Russian Rosoboronexport with C-300 complex and Chinese CPMIEC with modified version C-300 called HQ-9. It is expected that the tender will be completed closer to the beginning of 2012 of the year.

Many consider the participation of Russia and China in the tender a mere formality, since Turkey has been a NATO member since 1952 and tries to follow the standards of the alliance, and this automatically makes Europeans and Americans favorites. The only sensible reason for which Russia and China were admitted to the tender is the desire of the Turkish military to get closer to HQ-9 and C-300.

However, such a decision may also have a political background, since in recent years Turkey has been behaving more and more independently within the North Atlantic Alliance. It is enough to recall its position regarding Iran’s nuclear program, which runs counter to the desires of the Pentagon and Europe. Do not forget about the problem of Cyprus, where Ankara continues to lead its line and does not hesitate to make loud statements about the EU.

It is obvious that neither the States nor Europe have enough serious levers of pressure on Turkey. The only thing you can “hook” on Ankara is the Kurdish problem, but the attempts of Brussels to play this card cannot continue indefinitely. Yes, and too abrupt movements in this area can further aggravate the already complex situation.

Therefore, military technical cooperation remains the only factor influencing Ankara. Turkey has too large an arsenal of Italian, German and other weapons and so easy to refuse the services of Europeans are no longer able to. Such dependence puts the Turkish government in a rather unpleasant position and in order to somehow level the influence of Europe, Erdogan may seriously decide to start cooperating with Russia and China.

Of course, there can be no talk of a complete break with NATO, because in this case Turkey is losing more than it finds (take at least the same Cyprus problem), however, Ankara still has some room for maneuver. This allows the Turkish government to once again recall its special position in the alliance, especially given the fact that today Turkey claims to be a kind of superpower in the Middle East region.

As for NATO, the goal pursued by the leadership of the alliance, openly interfering in the tender, is not entirely clear. On the one hand, Brussels declares that Turkey is free to choose any suppliers of weapons for itself, on the other hand it warns that if Turkey buys Russian or Chinese complexes, the alliance will have to restrict access of the Turkish military to reconnaissance on ballistic missile launches.

The NATO warning seems somewhat redundant, since it has long been known that neither the Russian nor the Chinese complexes are compatible with the alliance's air defense systems. This means that they cannot be connected not only to the common NATO system, but even to the complexes that Turkey currently has. The Turkish military is well aware of this, however, according to the assurances of some military experts, they are ready to allow the technical integration of the systems. An unlikely outcome, however, in this case, Brussels concerns become understandable, because in the process of integrating systems, Moscow or Beijing can get important information about the alliance's air defense systems.

However, the reason may be more banal. It is no secret that the main violin in the alliance is played by the States, whose consortium participates in the tender, therefore the warning of the alliance may simply be one of the levers of pressure on Turkey and an attempt to persuade her to sign a billion-dollar contract with the Americans.

Some Turkish officials openly declare that the warning of the alliance is a peculiar trick and aims to get rid of competitors who offer cheaper products. In the end, the same Greece (which is also in the alliance) owns several C-300 complexes, although she received them not from Russia directly, but as a result of agreements in resolving the political crisis in Cyprus. And no one forces Greece to abandon the Russian air defense system. Moreover, the Greek command has full access to all the intelligence of the alliance. By the way, the Russian air defense system has two more countries that are part of NATO - Bulgaria and Slovakia, and they also do not experience any pressure from Brussels.

“The call of the NATO leadership is in itself very interesting. Usually the leadership of the Alliance does not make such statements. If it sometimes interferes with such processes, it makes it very hidden. Not for the first time, NATO member countries express a desire to acquire Russian weapons. At one time, Greece was in the same situation, and as a result, in addition to the Russian, it was forced to buy American systems.

As is known, Turkey did not agree to withdraw the Russian and Chinese systems from the tender. The answer of both the leadership of the Alliance and Turkey is very interesting. It is no secret that the value of such weapons is gradually increasing, and their acquisition becomes a big political issue. In relations with the West, Turkey is probably thinking of new maps, here Russian-Turkish relations are also improving with each passing day. In its policy towards the West, Turkey has repeatedly speculated in its relations with Russia and China. ”- said military expert Artsrun Hovhannisyan (Armenia).

We are in Yandex Zen
NATO air defense system in Europe. Part 2
The threat from "SAMP / T" at the Russian borders is underestimated
12 comments
Information
Dear reader, to leave comments on the publication, you must to register.